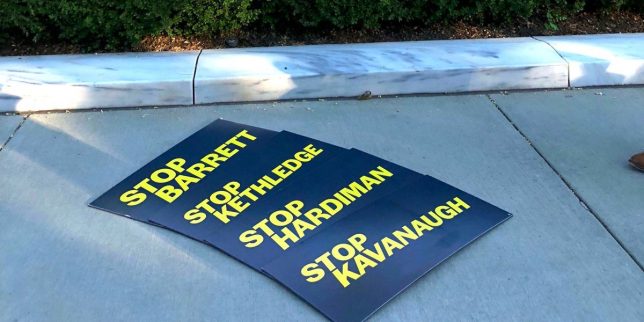 For the Senate confirmation hearing for Judge Amy Coney Barrett beginning today, the activist Left is recycling the protests, arguments, and tactics it has used against previous Supreme Court nominees nominated by Republican presidents, dating back at least to the 1987 successful borking of Judge Robert Bork. 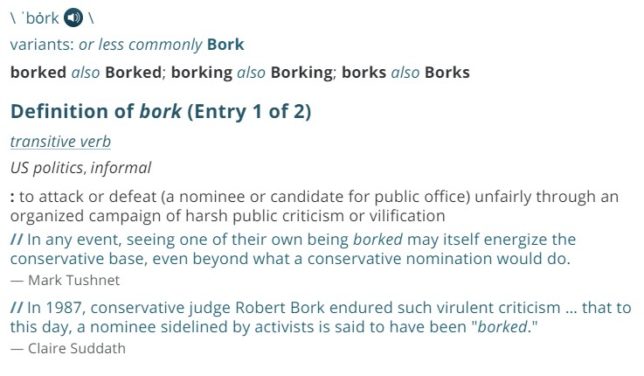 Whatever else they are, the Left’s judicial nomination attacks are definitely “green”—to the point that protest signs prepared for the Kavanaugh hearings could be used today.

In honor of the Left going green on the Supreme Court confirmation process, CRC recaps some its best research on recent confirmations and the leftist organizations that have tried to influence them. The research covers the same parade of usual suspects, tired tactics, and cliched slogans that have already made appearances for the Barret confirmation process. These include the “spontaneous” protests orchestrated by any number of left-wing pop-up groups and more persistent organizations (e.g., Demand Justice), largely financed by the “Big Left.” Antifa has also got in on the fun.

Even threats to pack the Supreme Court are not new to this decade. Looking back to the 1930s at President Franklin D. Roosevelt’s “Court-packing plan” and the “switch in time saves nine” for a precedent is unnecessary, organizations on the left have recently and frequently called on Democrats to pack the Court with reliable (i.e., staunchly partisan) justices to cement “Progressive” control over the government—regardless of which party wins elections.

Read about this and much else in the articles linked below, organized loosely in broad categories with the most recent articles first, with a list of some of the more prominent usual suspects at the end.

CRC intern John Byrne conducted much of the research for this post.