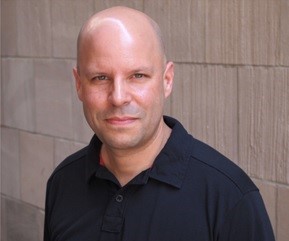 Lee Bodner is president of the New Venture Fund, a position that earned him nearly $237,000 (in salary) in 2016.
by Hayden Ludwig

Summary: The election of President Donald Trump triggered the creation of numerous new activist groups on the Left. But while virtually every one of them claims to be “grassroots,” many aren’t real organizations at all. Meet the professional Left’s “pop-up” protesters—websites designed to look like spontaneously generated citizen activism against the policies of the Trump administration and the Republican Party. Quietly pulling the strings behind these fake groups is the New Venture Fund, a mega-funder created and managed by a for-profit philanthropy consulting company, Arabella Advisors, led by a wealthy and influential ex-Clinton administration staffer, Eric Kessler.

Arabella Advisors isn’t the only group to offer fiscal sponsorship services through its nonprofits, of course. It wasn’t even the first: that distinction likely belongs to the left-wing Tides Foundation, another mega-funder created in 1976 whose “incubated” projects include Norman Lear’s People for the American Way and the Natural Resources Defense Council.

Some conservative nonprofits provide fiscal sponsorship services, too. The most prominent of these is DonorsTrust, which even advertises the liberty-minded groups it has sponsored. (In the spirit of full disclosure, CRC has received gifts from donors using DonorsTrusts’ donor-advised funds.)

Traditional “incubators” use their IRS tax-exemption as an umbrella for startups to fundraise and organize while they await their own tax-exemption from the IRS. But Arabella offers a unique take on fiscal sponsorship: the vast majority of the groups it creates are arguably never meant to leave the nest.

There are exceptions and a handful of independent nonprofits exist, which began as New Venture Fund projects. Still, it’s this ephemerality that makes such “pop-up” projects so effective—why wait for the wheels of bureaucracy to turn when you can quickly create a website to spread your message?

Because the New Venture Fund’s projects can appear one day and disappear the next, they tend to be run as short-term, high-intensity media campaigns targeting the news cycle. This was perhaps most obvious during the Left’s effort to derail the confirmation of Supreme Court Justice Brett Kavanaugh in October 2018, when a crowd of activists—led by a mysterious group called Demand Justice—waved glossy pre-printed signs that read “Stop Kavanaugh.” At a glance, Demand Justice was an activist group like any other. But closer inspection of its website, however, showed that the group was really a front for the Sixteen Thirty Fund. (Lobbying filings posted by the FEC later confirmed this.)

The New Venture Fund’s projects are created in support of these lobbying front groups. The (ironically named) Fix the Court (FTC), for instance, could be considered Demand Justice’s unofficial research arm, though the two groups don’t advertise their relationship vis a vis Arabella Advisors. But when asked during a 2016 C-SPAN interview how much of his group’s money comes from the New Venture Fund, FTC executive director Gabe Roth said: “All of it.”

Both groups ran parallel campaigns attacking federal district court Judge Thomas Farr, Justice Brett Kavanaugh, and Judge Naomi Rao. Perhaps nothing better illustrates the fake “grassroots” activism at play against the Justices than when Demand Justice cited FTC as “a nonpartisan watchdog group” for its Freedom of Information Act request demanding over one million pages of documents from Kavanaugh’s days in the Department of Justice and Office of Independent Counsel Ken Starr.

While the Sixteen Thirty Fund’s projects are generally created to lobby, the New Venture Fund’s projects often take a subtler approach to advocacy. In December 2018, the Wall Street Journal’s Kim Strassel reported on the so-called “Ethics Resistance” barraging President Trump with Freedom of Information Act requests and lawsuits intended to derail his administration—if not set him up for impeachment by House Democrats.

Together, Restore Public Trust, American Oversight, and Democracy Forward are the culmination of a plan outlined by Clinton operative David Brock shortly after Trump took office in January 2017. According to a private memo written by Brock’s groups and obtained by the Washington Free Beacon, this network is dedicated to “defeat[ing] Trump either through impeachment or at the ballot box in 2020.”

The New Venture Fund claims it’s hosted some 280 projects since its inception in 2006. It’s worth noting that while the New Venture Fund and its sister affiliates maintain these campaigns, the funds originate with paying clients. Arabella Advisors, in other words, provides customers with readymade platforms for their advocacy campaign of choice—just cut the check and Arabella takes care of the rest.

Because Arabella Advisors is a private for-profit company and the New Venture Fund accepts millions of dollars in donations each year, it’s virtually impossible to identify which clients paid for which campaign and how much they spent. But judging by the New Venture Fund’s enormous size—the group earned over $363 million in 2016, according to its latest IRS filings—the size and scope of these campaigns is anything but modest. These run the gamut of issues, but all share Arabella’s approach to political activism: slick websites, targeted appeals, and very little donor disclosure.

In the conclusion of Marionettes and Mazes, learn just how many social issues receive treatment from the New Venture Fund.