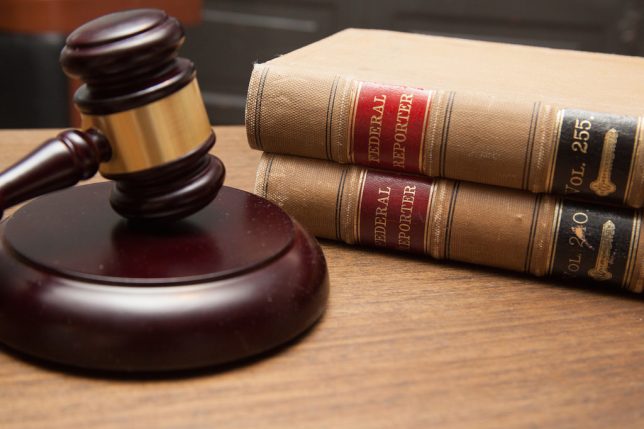 Those two words encapsulate the mission of members of the Left’s newest attempt to circumvent what they view as “Trump’s hateful vision for America.” And what do they consider the key to this? The answer, according to Demand Justice is simple: target judicial nominees to gain control of America’s court system.

The details of this new nonprofit are vague. What is Demand Justice? Who’s running it? Who funds it? What kind of justice does this group demand?

Founded in early 2018, Demand Justice is a 501(c)(4) advocacy organization that views the court system as increasingly flawed, an apparent consequence of President Trump’s recent judicial nominations. In influencing the courts, Demand Justice hopes to promote the Left’s agenda in areas such as abortion, gay rights, and immigration by opposing the appointment of right-of-center judges. Apparently, “the rights in our Constitution are only made real through the power of activism.”

Demand Justice’s leadership is telling. The director, Brian Fallon, served as press secretary for Hillary Clinton’s 2016 presidential campaign while Gabrielle McCaffrey, the head of the organization’s digital team, also served on the Hillary for America campaign as the digital organizer.

The chief counsel for Demand Justice, Christopher Kang, is a former congressional staffer who “played a central role in the Obama administration’s vetting of judicial nominees.” With the extensive background that the leadership of Demand Justice has with both Clinton and Obama, it is clear that this group wants to further its progressive agenda despite the Democratic Party’s loss of the House, Senate, and White House in 2016.

The funding for Demand Justice is also suspect. As a 501(c)(4) organization, Demand Justice does not have a legal obligation to disclose its donors, and the group is too young to have submitted annual IRS tax filings. However, Director Fallon indicated as early as May that Demand Justice was well on its way to reaching its $10 million goal. Coupled with the fact that Fallon recently spoke at the Atlanta Conference of the Democracy Alliance, a shadowy network of left-leaning donors including George Soros, it is clear that Demand Justice could be well on its way to becoming something much bigger than the obscure nonprofit it is now. As a (c)(4), it is allowed to engage in unlimited lobbying. But it can also support or oppose candidates for election (as long as that activity isn’t the organization’s primary purpose, which currently means spending no more than 49 percent of expenditures on electioneering).

Demand Justice recently launched its first campaign against Thomas Farr, Trump’s nominee for a federal district court. However, this advertisement campaign was a dismal failure after the group clearly distorted undisputable facts, in one instance fumbling the details surrounding a North Carolina voter ID law. These blunders seriously undermined the organization’s credibility, especially considering Demand Justice’s claims to “wage fact-based campaigns” and the political backgrounds of the group’s leaders.

While the group has yet to try its tactics against President Trump’s Supreme Court picks—Justice Neil Gorsuch was appointed a year before the group’s founding—Demand Justice has begun to target justices on President Trump’s short list of potential Supreme Court nominees. This initiative, according to Fallon, could grow to a potentially seven-figure campaign should a vacancy emerge on the Supreme Court—as many speculate may soon happen.

Interestingly, Demand Justice does not stop at maligning President Trump’s court picks. They also actively criticize Democratic legislators for not doing enough to stop the confirmation of these nominees, perhaps showing that party affiliation is not enough to stay out of their line of fire. (That approach could backfire if the organization’s activities split the vote amongst Democrats or an aggressive primary campaign severely damages the electability of the left-wing candidates, leaving a GOP candidate standing.)

After years of electoral successes, the GOP currently holds an advantage in the process of judicial nominations and selections. In that sense, Demand Justice faces an uphill battle to influence the American court system. But with growing coffers and well-connected leadership, Demand Justice is a new force to be reckoned with in coming court nomination battles, and possibly, even coming elections.