So Now the Left Cares About Constitutional Government? 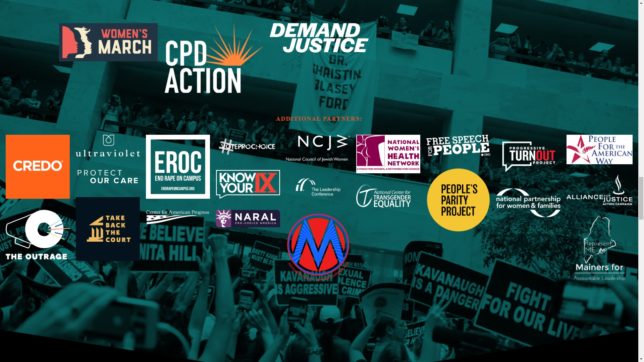 You have to hand it to liberals. They manage to be for, against, and completely uninterested in the Constitution—all at the same time.

President Donald Trump recently called for Supreme Court Justices Sonia Sotomayor and Ruth Bader Ginsburg, both celebrated liberals on the nation’s highest court, to “recuse themselves on all Trump, or Trump related” cases after accusing the Republican Party of appointing improperly pro-Trump judges.

Judges aren’t supposed to tilt for or against any political party when interpreting the Constitution. The Constitution is a fixed point of reference for measuring the constitutionality of our laws, not a “living” document meant to advance a party’s agenda or “social justice” ideology. But you won’t find an argument for this originalist view of the Constitution in the Left’s hemming and hawing, only demands that the Supreme Court unabashedly support the Progressive remaking of America, no questions asked.

Bring on the Protestors

We know because we’ve closely followed the professional activists loudly demanding for the Senate to permanently block confirmation of Trump’s judicial nominees, protesting every Supreme Court decision they oppose as “unconstitutional,” and even calling on Democrats to pack the Court with extra justices if it won’t bow to leftist supremacy.

It’s Astroturfing 101 with paid DC agitators posing as concerned grassroots activists. You can practically set your watch to the usual suspects at every anti-Trump judicial protest outside the Supreme Court: Demand Justice, People for the American Way, and Alliance for Justice—to name a few.

In 2018, we recorded Rep. Mark Takano (CA) urging his fellow Democrats to fill the Supreme Court with ideologues immune to the Constitution:

“They talk about President Roosevelt being rebuked for ‘packing the court,’” Takano said, referring to Franklin Delano Roosevelt’s 1937 attempt to expand the number of sitting justices on the Supreme Court in order to pass his New Deal legislation.

“Well, you know what? Have you heard of ‘a switch in time saved 9?’ The threat that he [Roosevelt] was going to generate public sentiment to do that—the judges changed their minds.”

“I’m not saying we have to go there,” Takano added, “but we can go there.”

Does that sound like reverence for America’s courts to you?

Justice Ginsburg doesn’t think so, either. “I think it was a bad idea when President Franklin Roosevelt tried to pack the court,” she told NPR last summer.

That didn’t stop the far-left group Demand Justice—part of the $635 million “dark money” empire run by Arabella Advisors—from petitioning liberals a few months later to support the radical measure. “Republicans stole a seat when they put Neil Gorsuch on the bench,” the group wrote, “so Democrats need to be committed to fighting back by adding seats to the Supreme Court.”

By all measures, Trump’s most prominent judicial appointees—Justices Neil Gorsuch and Brett Kavanaugh—have shown their respect for and commitment to good constitutional government. That means fealty to the Constitution, not any party or president, something Trump clearly understood when he appointed both men. The Left’s dismal record reveals only its contempt for America and our Constitution.