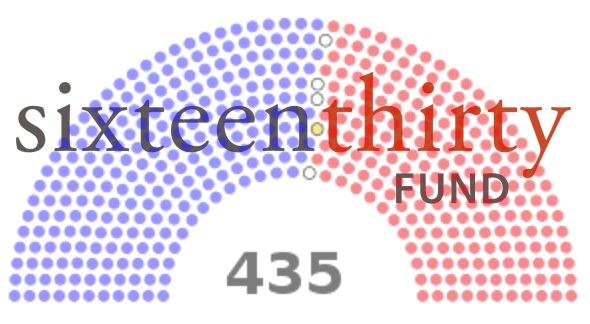 A staggering $5.7 million—96 percent—of the $5.9 million bankrolling Victory 2020, a new pro-Biden super PAC, came from a single leftist “dark money” donor: the Sixteen Thirty Fund. The Sixteen Thirty Fund is the lobbying wing of the $635 million empire run by Arabella Advisors, according to its FEC filings.

It’s a startling revelation for a group used to operating in nearly total anonymity, but for anyone familiar with the Sixteen Thirty Fund it’s par for the course for the Left’s best-kept secret.

Last year we broke the story on the secretive, half-billion-dollar nonprofit network run by Arabella Advisors, a little-known consulting firm in DC run by Clinton administration alum Eric Kessler. Our report The Shadow Over America went even deeper—exposing the now $635 million behemoth’s roots in the infamous ACORN and its vast reach in American politics.

Sixteen Thirty is the tip of the spear in the Left’s anti-Trump “resistance.” It spent hundreds of thousands of dollars lobbying against the confirmation of Supreme Court Justice Brett Kavanaugh in 2018 and has poured rivers of money into left-wing activist groups—with almost no reporting by the media until our exposé revealed the nearly 15-year-old scheme.

Victory 2020 is a joint fundraising committee devised by Unite the Country, another pro-Biden PAC, and American Bridge, a scandal-ridden group created by Democratic operative David Brock to attack Republicans. In June, Victory 2020 received $5.7 million from the Sixteen Thirty Fund and on the same day transferred $3.6 million to Unite the Country and another $2.3 million to American Bridge.

Victory 2020 is run by American Bridge president Bradley Beychock, former chief of staff to Brock’s Media Matters for America, which is infamous for tailing Republican politicians in the hopes of recording fumbles and misstatements for use in political ads.

But that’s been true for years. Issue One, a left-leaning nonprofit monitor, reported last year that liberal “dark money” groups outspent their conservative counterparts in the 2018 midterms by 54 to 31 percent (“bipartisan or nonpartisan” groups made up the difference).

Liberal Politico has castigated the Sixteen Thirty Fund as a “massive ‘dark money’ group” that “boosted Democrats in 2018” with a whopping $141 million. Sixteen Thirty “poured more than $1.5 million” of that sum into “super PACs aligned with Democratic Party leadership in Congress,” according to the website OpenSecrets.

It’s certainly refreshing to see liberals criticize 501(c)(4) “dark money” on the Left, but most have missed the larger network surrounding the Sixteen Thirty Fund, which is only one of four nonprofits created and run by Arabella Advisors (something we pointed out to the Post).

Little wonder, then, that Sixteen Thirty’s spending has ramped up just months before what may be the most critical election in modern American history. Victory 2020 is just one more reason for Americans to pay closer attention to the enigmatic interests trying to tilt their elections.