These Are the Groups Opposing Trump’s Supreme Court Nominee 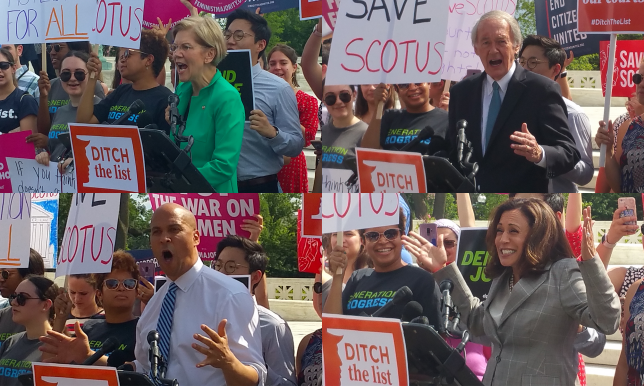 On June 28, left-wing activists organized a protest outside the Supreme Court in Washington, D.C., to oppose President Trump’s nomination of a conservative justice in the wake of Justice Anthony Kennedy’s retirement from the court next month.

Embattled CAP president Neera Tanden, a former Obama administration official, was one of the speakers. “It’s been a hard week, hasn’t it?” Tanden told the crowd. “But what are we going to show them? We’re going to show them, when they push us down, we fight back harder.” 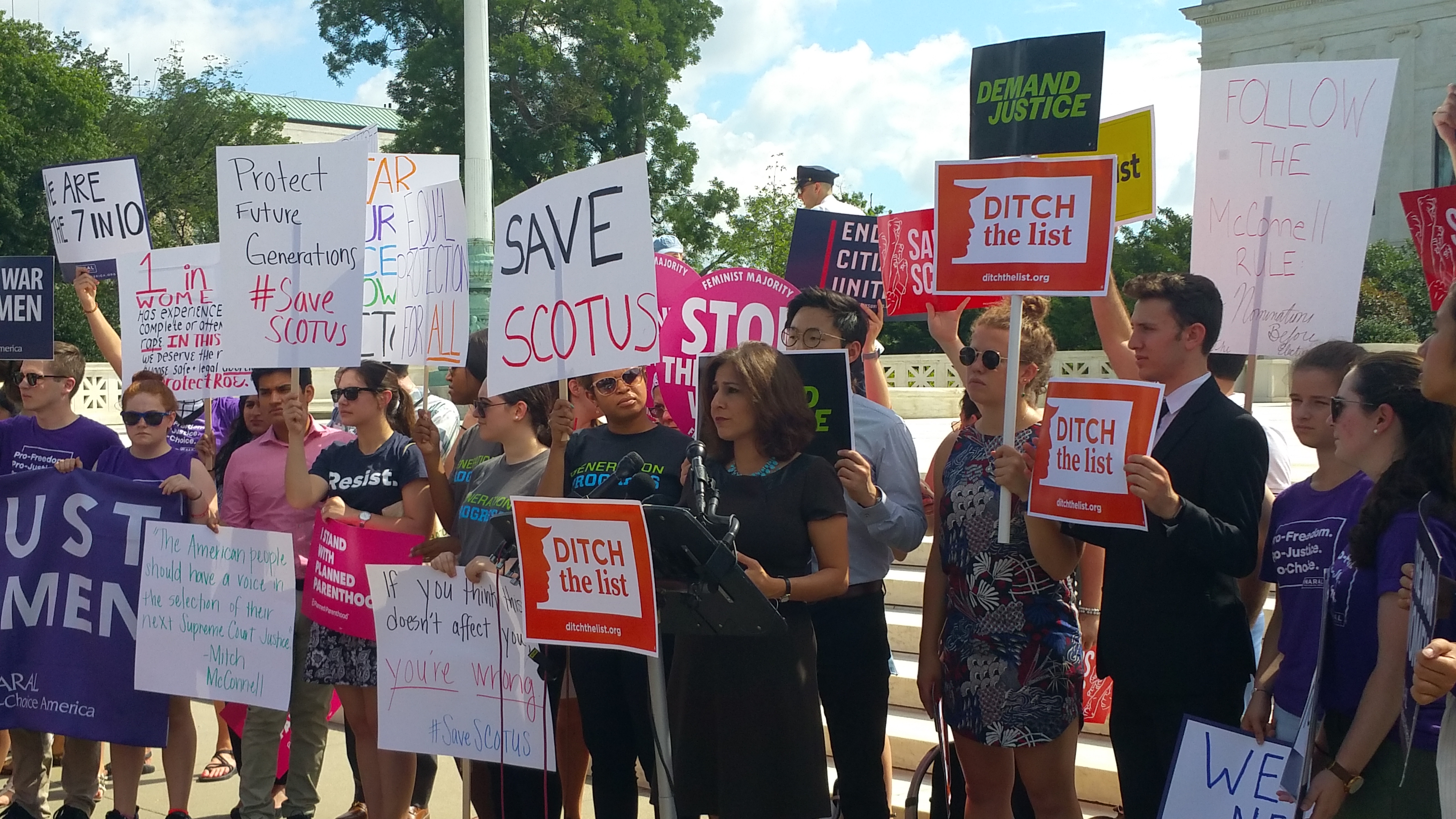 Besides CAP, organizers from the Alliance for Justice (AFJ), People for the American Way (PFAW), and Demand Justice—groups with a track record of running activist campaigns to oppose conservatives and champion left-wing judiciary nominees—were also present. AFJ and PFAW played critical roles in successfully opposing the nomination of D.C. Circuit Court Judge Robert Bork in 1987 by President Ronald Reagan, and they continued their activism—this time unsuccessfully—against the nomination of Justice Samuel Alito by President George W. Bush in 2005. Demand Justice, the newest of the three groups, was created last year in opposition to President Trump’s nomination of Neil Gorsuch to the Supreme Court.

Demand Justice executive director Brian Fallon also spoke before the crowd, saying: “This is the biggest fight of the Donald Trump presidency…. If Donald Trump is successful in confirming his next nominee to the Supreme Court, we will be living with the stain of Trumpism—not for 4 years, not for 8 years, but for 40 years.”

They say that we can’t change things, that we don’t have the votes, that we can’t stop Mitch McConnell… that’s not true! All we have to do is unite our 49 Democrats [in the Senate] and get one—one!—Republican to agree to vote no. 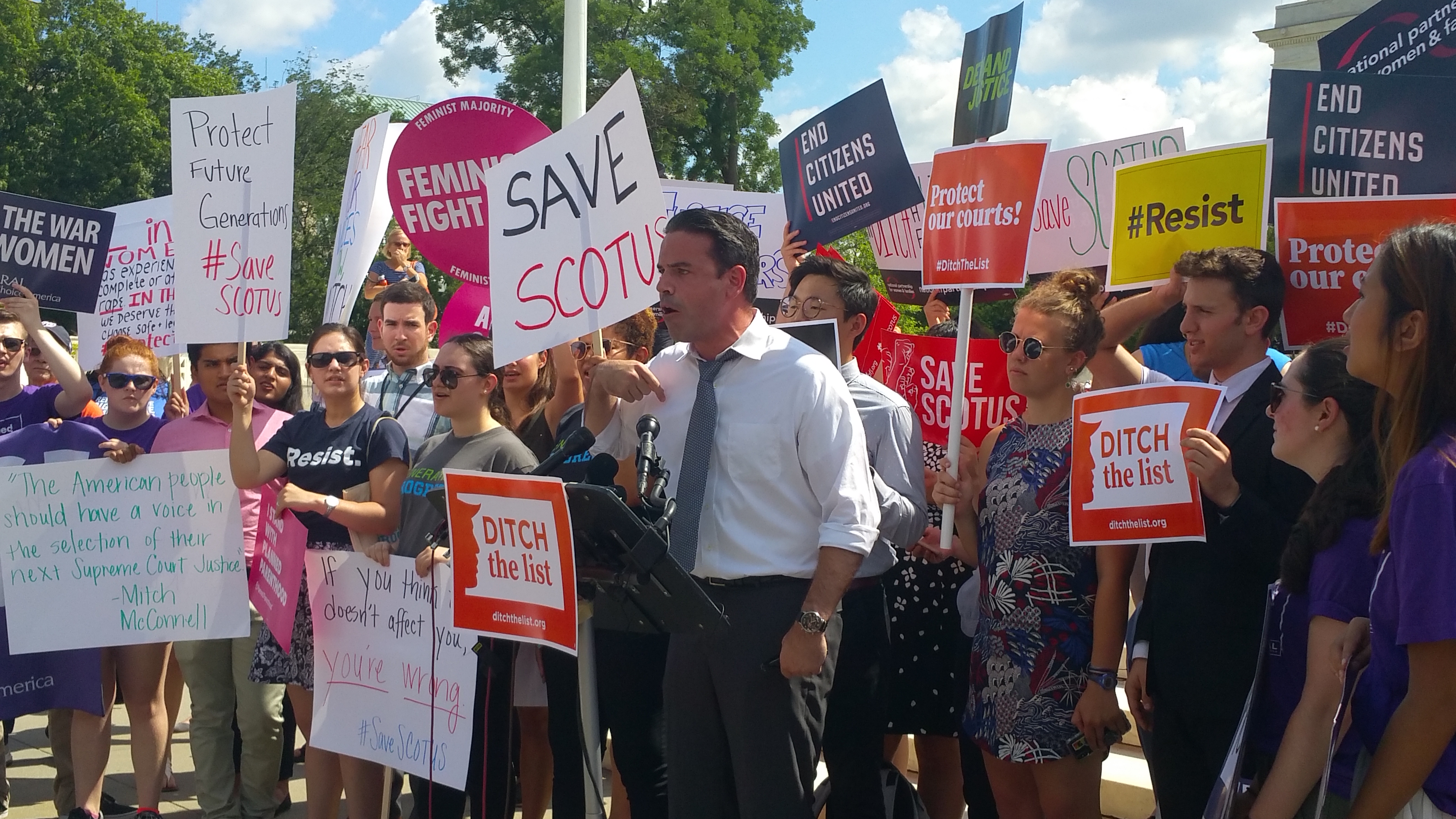 CRC also identified the following organizations present at the protest: 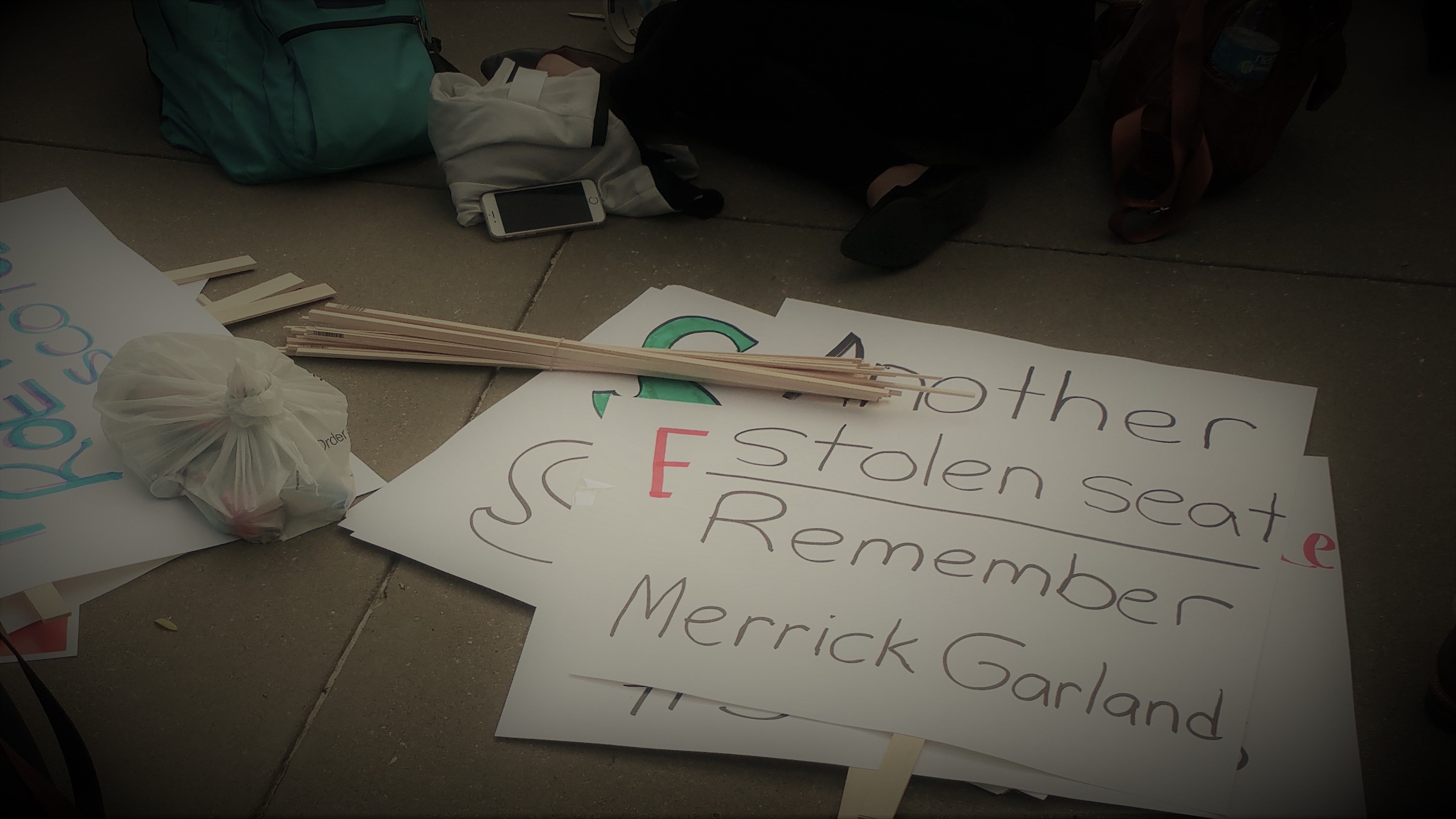 CRC also uncovered a list of the full lineup of speakers invited by the protest organizers. That list (including non-attendants) includes: 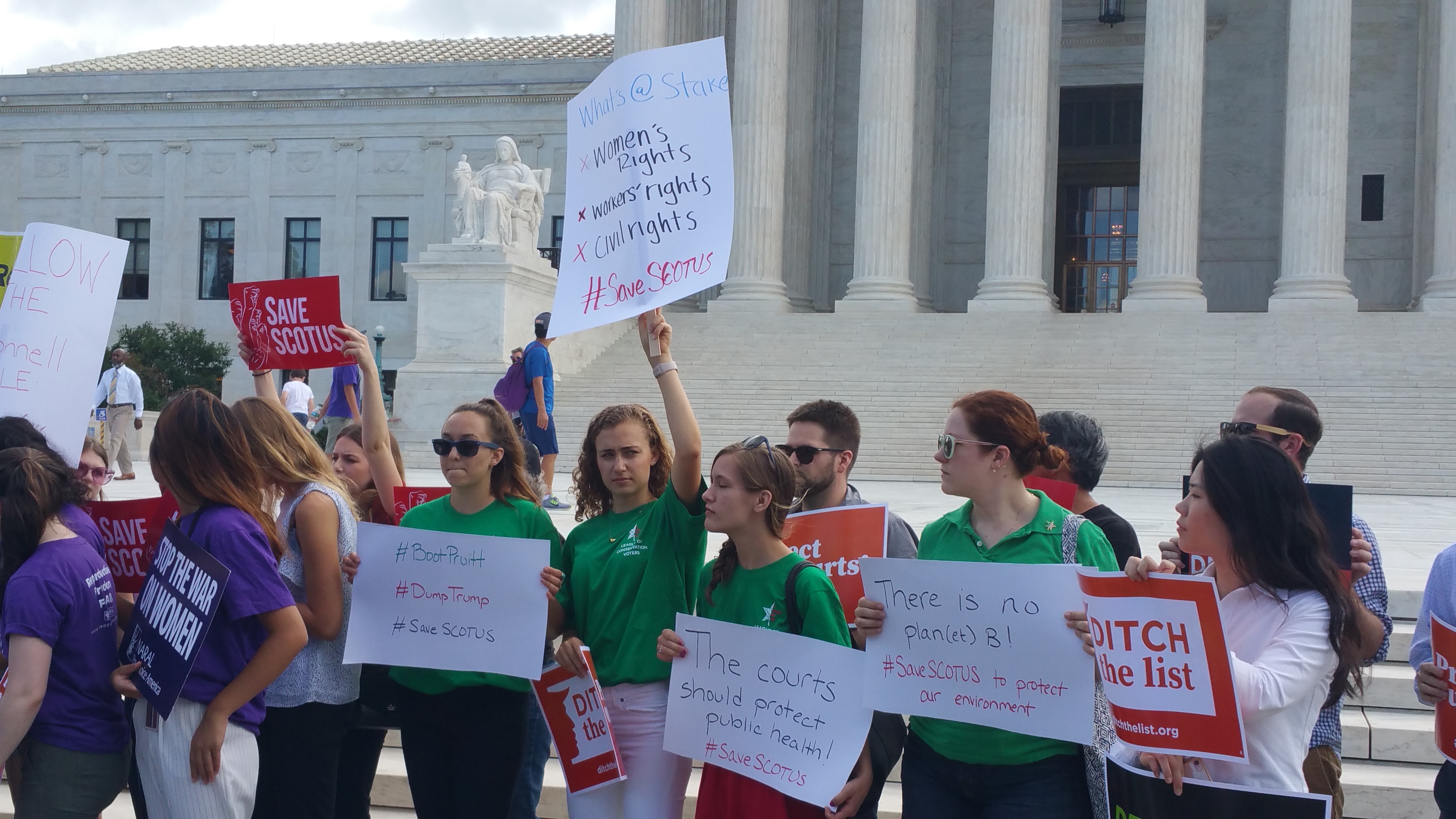 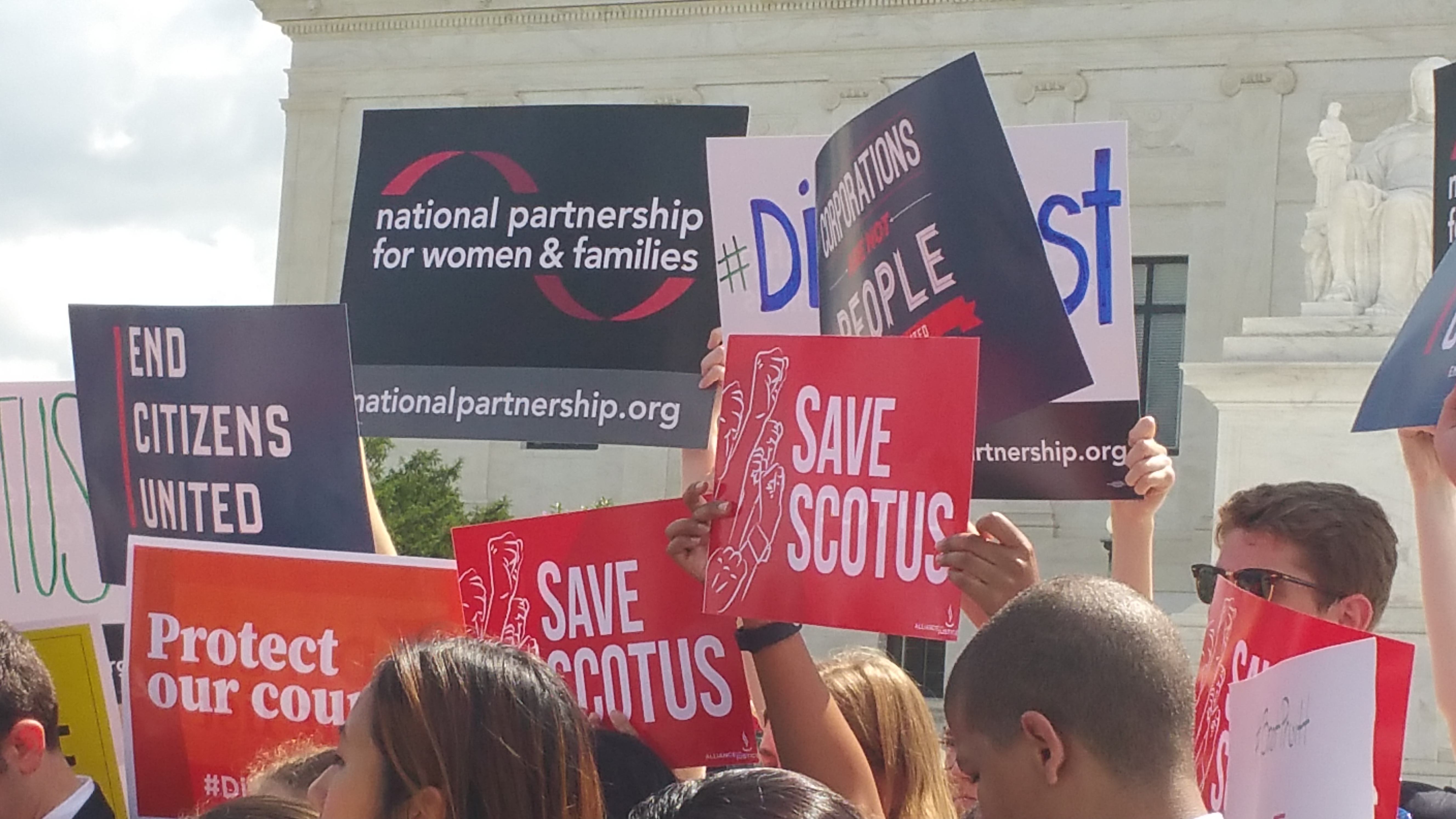 National Partnership for Women and Families 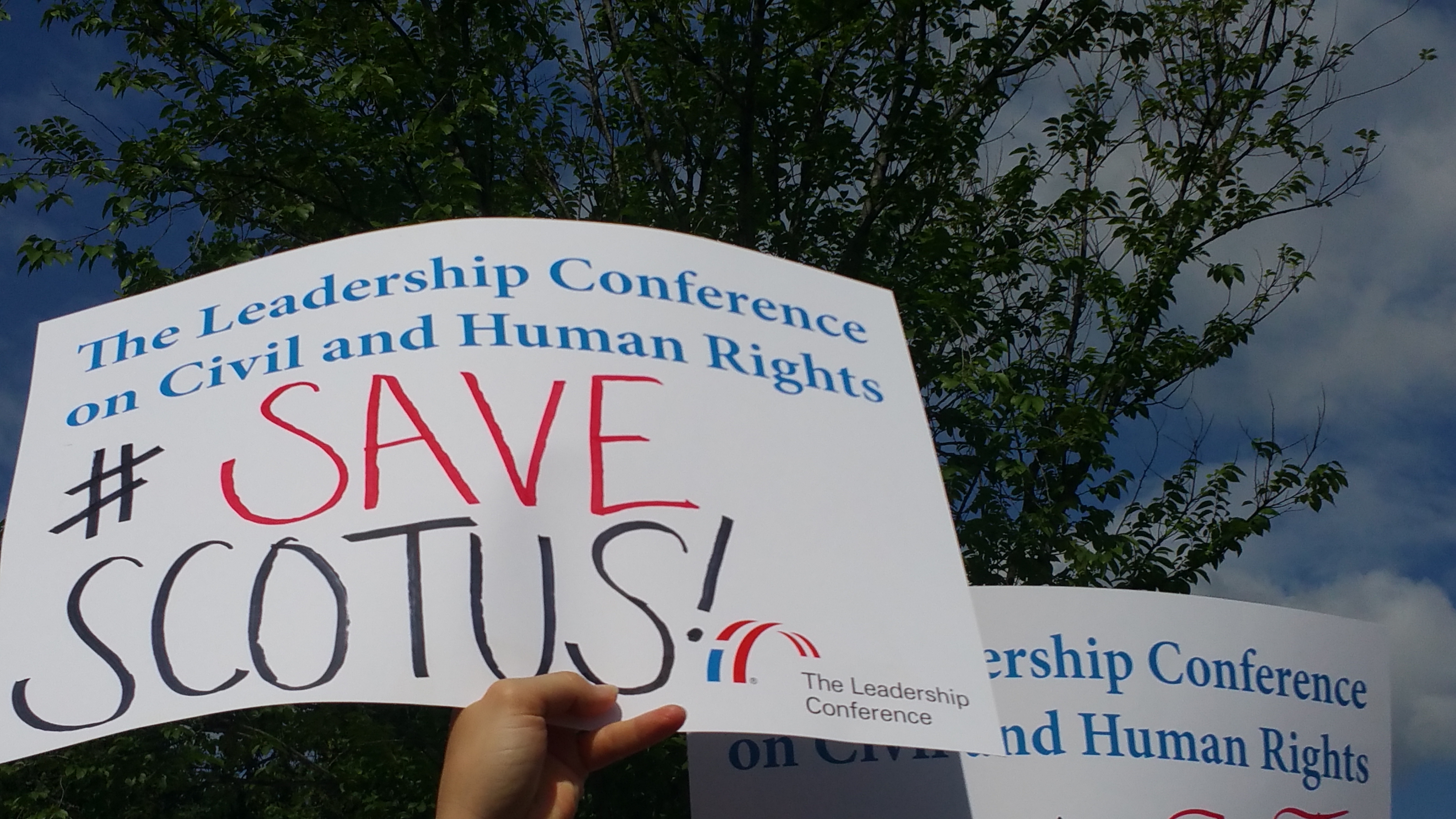 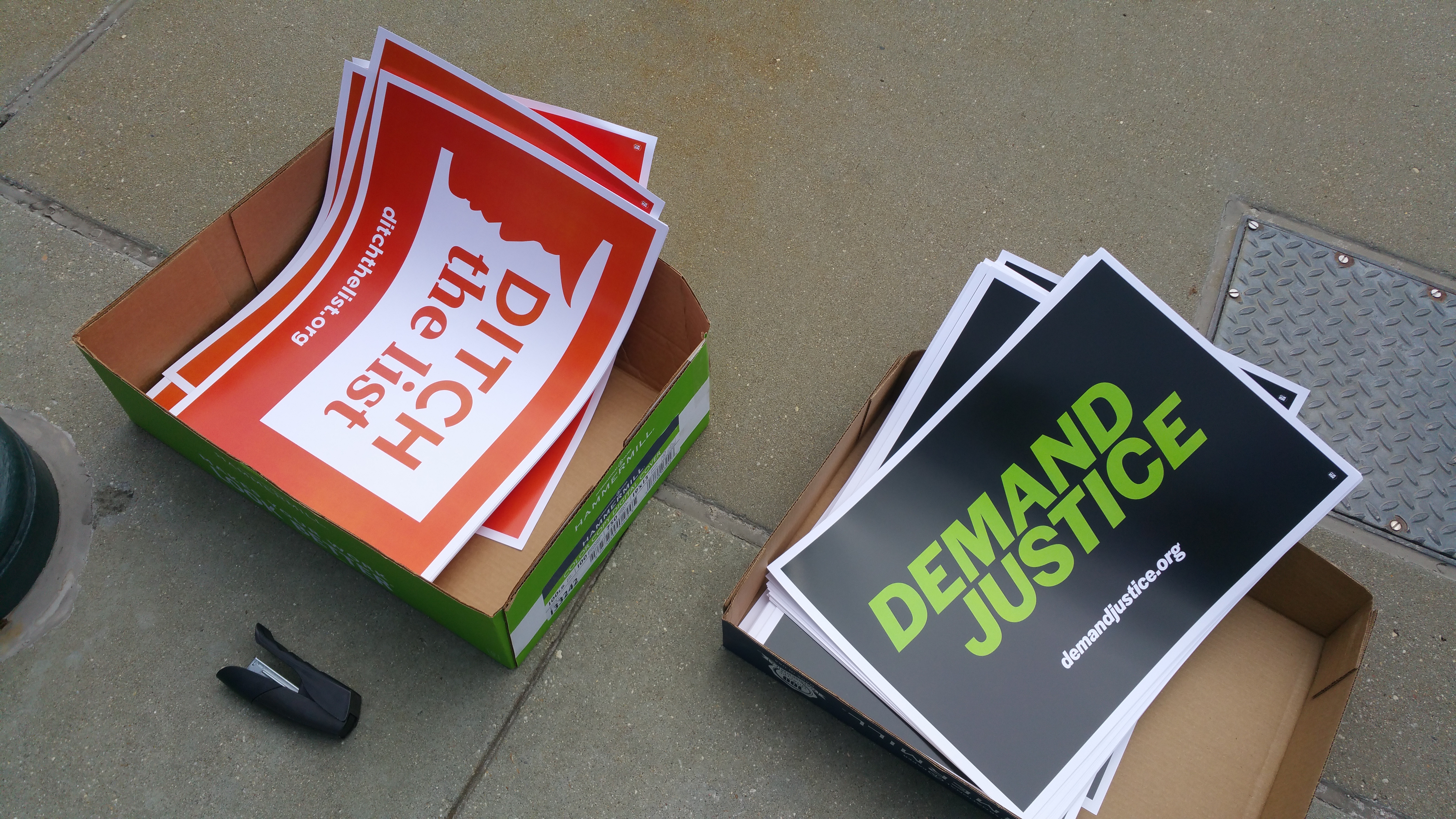