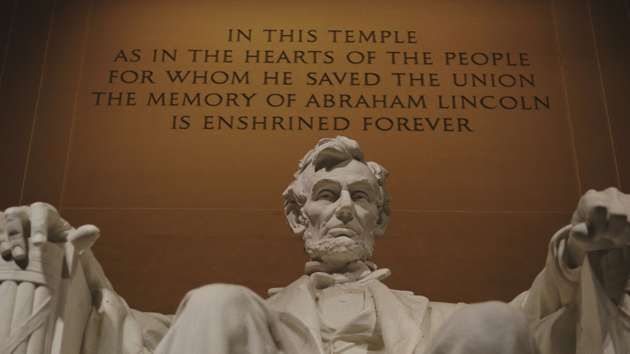 The fifth, final, and weakest episode of Showtime’s The Lincoln Project added election deniers as major characters alongside the feuding and scandal-ridden political hacks.

Through the first four episodes, the understated points made by the filmmakers left every reason to expect a unique perspective from the finale. Instead, the episode was inundated with old videos of post-election commentary from the corporate media. This approach added little to the conventional understanding of the sorry tale of the Lincoln Project.

Almost everyone interested in tuning into the Showtime series already had a strong familiarity with what MSNBC and CNN were saying in the weeks and months after the 2020 election. So, even on the first viewing, roughly half of Episode 5 was just a boring rerun of recent and well-known history.

Subtle, it was not, and that was an unpleasant departure from the higher quality nuance of the other episodes.

On the upside, this installment did deliver important perspectives regarding the John Weaver scandal. But the segments on election denial were a major blown opportunity.

The Hidden History of Election Denial

In December 2017, one month after the 2016 presidential election, the Hillary Clinton campaign—through campaign chair John Podesta—announced it wanted members of the Electoral College to receive an intelligence briefing about alleged Russian election interference in the just-concluded race. And in case their position about what should have been said to the electors wasn’t clear, in an April 2019 Washington Post opinion Podesta accused the Trump campaign of working with a “hostile foreign power to undermine an election” and Donald Trump himself of joining a Kremlin-directed “assault on our democracy.”

Both before and in years after the election, the candidate herself repeatedly called Trump a puppet of Putin and alleged (without any evidence) that the Russian strongman had been blackmailing Trump. Clinton also expanded her election denial conspiracy theory to allege Russian influences over 2016 Green Party candidate Jill Stein and former U.S. Rep. Tulsi Gabbard (D-HI).

Everyone was a traitor, it seemed.

We have since learned that the Steele dossier, the source for the specific details underpinning these Clinton imaginations, was funded by her campaign and shepherded into being by her lawyers. The dossier was also used by the FBI to support four consecutive ill-gotten FISA surveillance warrants against former Trump aide Carter Page. The dossier was even read into the Congressional Record by U.S. Rep. Adam Schiff (D-CA), the Democrat most identified with months of foolish hearings looking into what is now definitively the Trump-Russia collusion hoax.

In 2020, election deniers overran the U.S. Capitol for a few hours. But for several years 2016 election deniers within the halls Congress, the FBI, and the conventional corporate media overran both the Capitol itself and the nation’s politics.

There is not and never has been any evidence that the 2020 election was stolen. There is a case to be made that in many ways the 2016 election was.

Rick Wilson, the most boorish of the Lincoln Project co-founders featured in the Showtime series, was a particularly credulous purveyor of the collusion hoax. One year after the 2016 election, Wilson wrote in the Daily Beast that former Trump aide Carter Page “threw himself into the eager arms of SVR operatives.” The SVR is a Russian foreign intelligence service. An investigation conducted by the Department of Justice Office of the Inspector General and released in December 2019 showed that the opposite was true: The CIA considered Carter Page a cooperative and valuable source of information about the behavior or Russian spies.

Page was known to be working for the good guys, not the bad guys.

In December 2019 essay for Rolling Stone, posted mere days before the aforementioned exoneration of Page appeared, Wilson was at it again, accusing Trump of treason and “grotesque subservience to the Russian leader who helped elect him.”

Neither the Trump-Russia hoax nor the complicity of Wilson in spreading it is referenced at all in Showtime’s The Lincoln Project. Like many other subtle injections of important nuance and context during the earlier episodes, addressing the Trump-Russia collusion hoax in final episode would have elevated the audience’s understanding of the election denial story above the partisan oversimplification that it has been stuck in.

Rick Wilson’s own words throughout the docuseries end up repeatedly shredding his credibility and reputation. He has little reason to celebrate his screen time on Showtime (though, like Trump himself, Wilson may just be narcissistic enough to think otherwise).

That said, Wilson is certainly fortunate that his icky history of election denial and falsely accusing his fellow Americans of treason survived a near miss chance of exposure when the final episode addressed Trump’s election denials. With an ideal opportunity to take a healthy swing at the very important election denial issue, the filmmakers opted instead for a disappointing and content-free lazy whiff.

Outside of the pedantic rehash of 2020 election denial, the big reveal in Episode 5, and the reason why it is still well worth watching, involves coverage of the John Weaver sexual harassment scandal.

In February 2021, more than 20 guys came forward to accuse Weaver, a Lincoln Project co-founder, of dangling career advancement in exchange for playing along with his flirtations. In one case the target of Weaver’s alleged predatory affections was just 14 years old. The behavior continued into Weaver’s involvement with the Lincoln Project.

The damage control launched after the scandal broke managed to spin the story away from uncomfortable “What did the Lincoln Project know and when did they know it?” questions. A torpedo that should have sunk the ship didn’t quite do the job, and the Lincoln Project survived to raise money and continue producing content all the way through the November 2022 mid-term election.

But the Showtime series captures so many real time and raw reactions to the Weaver embarrassment from so many of those involved, both leadership and junior staffers, that it becomes impossible to ignore that what took place was a massive and deliberate coverup of Weaver’s behavior.

Deputy digital strategist Conor Rogers revealed he was the target of Weaver’s creepy advances many years earlier. Speaking to the camera, he said this:

The Lincoln Project knew that John Weaver was doing this in June 2020. They continued to put him in contact—and hire his interns—into October 2020. I warned them about this in a three-page email detailing 15 instances of sexual harassment by John Weaver.

Rogers claimed that after this complaint he was given assurances that Weaver had been “cut out” and that the allegations were being investigated.

“I did not realize the degree of the deception and the coverup until October when he [Weaver] got back involved,” said Rogers.

When the scandal was exposed in February 2021, the official Lincoln Project statement claimed Weaver’s “deceptions are beyond anything any of us could have imagined and we are absolutely shocked and sickened by it.”

But executive director Sarah Lenti implied the problem was known for almost a year before the public exposure. She said in her interview with the filmmakers that the scandal “wasn’t complete news to me” and that “for decades” Weaver “had a reputation around this stuff.”

Shown on a phone call with co-founder Stuart Stevens, Lenti conceded, “I hired people knowing the beginning started with John . . . and Reed [co-founder Galen] knew as well.” Going further she told Stevens that “Ron [co-founder Ron Steslow] had made Reed and Steve [co-founder Steve Schmidt] aware back in March [2020] of Conor and all these other guys.”

“Look, I’m not going to pretend like I didn’t know, if asked,” Lenti concluded, just before pointing out that she had already submitted her resignation.

She made good on the promise and said to the filmmakers that she was “embarrassed” by her role in the Lincoln Project.

Early in the episode, Rogers quoted a question from his father: “How did you get so close to people who are apparently this bad?”

For further information, please see the Influence Watch profile of the Lincoln Project and these additional resources: