Losing the Latino Voters: Episode 1 of Showtime’s The Lincoln Project 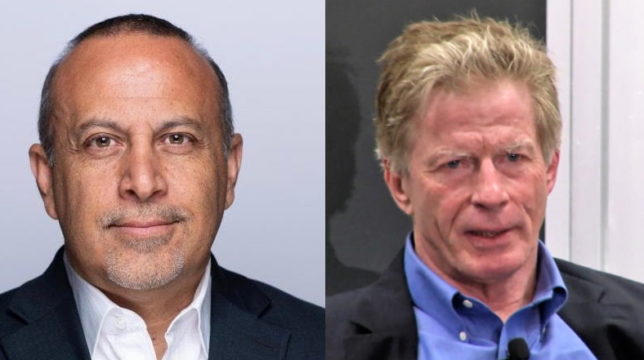 Three revealing facts are missing from a mostly strong first episode of Showtime’s The Lincoln Project.

Although Donald Trump lost Arizona’s 11 electoral votes in 2020 by a virtual coin-toss (only 10,457 votes), exit polls show he won 37 percent of the state’s Latino voters. This made him 6 percentage points more popular with Arizona Latinos than he was in 2016 and a whopping 15 percentage points better than Mitt Romney’s performance 10 years earlier.

In Georgia, where African American voters are the largest minority demographic, Trump 2020 improved on Trump 2016 by 2 percentage points.

According to the Showtime account, this is not what the Lincoln Project had in mind. The filmmakers chose “The Gunslingers” as the title chosen for the first episode. A better choice would have been “The Gang That Couldn’t Shoot Straight.” The big takeaway is that measured by their own metric of success, they failed.

The episode prominently featured the work of Lincoln Project co-founder Mike Madrid and his data team.

In the first half hour a young political analyst for the group set the stage for what is to come: “Everyone has been noticing this long-term trend of Black and Latino voters just skyrocketing in the South and that’s going to have a transformational effect for the next . . . forever.”

Just before this, Madrid asked for someone to bring him the Latino vote trends in Arizona, specifically a comparison of the 2016 and 2018 elections.

A dozen minutes later Madrid reiterated the point: “The demographics we need are disproportionately represented in Southern states—in Sun Belt states.” This is followed by a graphic showing the growth over the last two decades of Latino voters in Arizona and Black voters in Georgia.

Madrid described his battle plan as a “New Southern Strategy,” which he defined as a plan to use the “racial dog whistling of the president to realign the South in the opposite direction.”

The episode’s complimentary storyline is the old Southern Strategy, a catch-all term frequently used to explain Republican domination of the region after the 1970s. This enormously complex history is oversimplified in The Lincoln Project as little more than a racially charged strategy by Republicans to steal the South. Madrid, until 2016 a Republican strategist who specialized in Latino outreach, contributes to the narrative by confessing that he spent his entire career ignoring that “at least since the 1960s and 70s Republicans built the Southern Strategy using fear and racial dog whistling.”

A Tale of Two Men

But the real star witness for this point is Lincoln Project co-founder Stuart Stevens, a former strategist from multiple Republican presidential campaigns. At various points Stevens expresses regrets about his old career, which he admits made him a ton of money, making comments such as “the whole Republican Party is all about race,” is a “white grievance party,” and has become “a force for evil.”

So, the most revealing thing about the first episode is the irony that isn’t revealed.

It is a story of two men who spent most of their adult lives working for a political party they now claim is racist. But right after they defected and consciously tried to help Democrats win minority voters—and Latino voters in particular—the Latino vote shifted strongly to the Republican presidential candidate they claim is most insulting to those voters.

Is this correlation or causation?

Madrid’s New Southern Strategy goes entirely unmentioned in the Lincoln Project’s “2020 Stewardship Report,” the group’s after-action attempt to explain how they spent $91 million to “send Donald Trump packing.” The document lists six “battleground states” where “persuasive ads” were placed. For Arizona, the document claims the Lincoln Project’s “key audiences” were “seniors” and “college-educated whites.” In Florida, it was “seniors” and “suburban women.” Georgia isn’t even listed as one of the key states, and none of the six listed show Latinos or African American voters as key audiences.

In the early moments of the first episode, as the ultimately doomed outreach to Latino voters is first being described, Lincoln Project executive director Sarah Lenti says, “We want to be able to go back and say we actually were in these states, with these ads, moving these voters.”

Without that proof of concept, Lenti notes, “people would view us as just a group of former Republicans who are pissed off and creating viral ads and are just going out into the ether and doing nothing.”