The Trump Projection: Episode 3 of Showtime’s The Lincoln Project 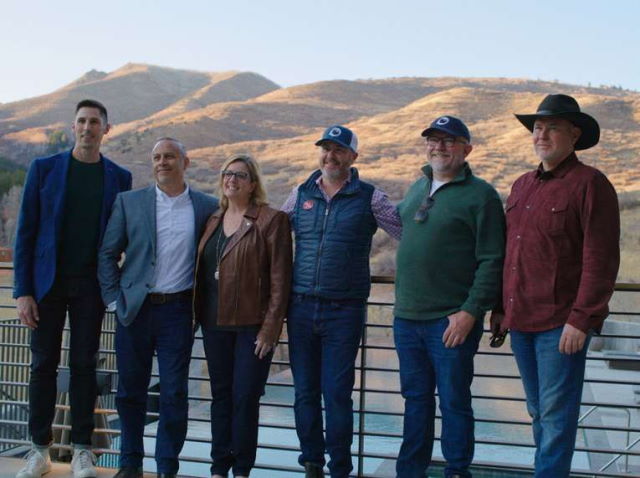 An ill-fated family intervention occurred in episode 3 of Showtime’s The Lincoln Project. Jennifer Horn, a co-founder of the political action committee, is enlisted by executive director Sarah Lenti to speak with Lenti’s mother. Lenti told the filmmakers the objective was to get the pro-life Horn to help talk the pro-life mother out of voting for Trump.

“You are so angry, and you hate him so much,” she told her daughter. “That is what you are running on instead of running on issues.”

Imagine an instrument designed to gauge self-awareness. It couldn’t come with a setting sensitive enough to measure the deficiency that led the Lincoln Project leadership to think it a nifty idea to let these filmmakers roll cameras on them.

The mother-daughter discussion was just one of many unintentionally and unpleasantly revealing scenes from the five episodes.

Much else that the cameras captured reveals selfish behavior and self-inflicted distractions rivaling and often exceeding the very vices this group found so intolerable in Trump. Each episode reveals additional evidence that the Lincoln Project might have been more fittingly called the “Trump Projection.”

Episode 3 is unique because so much guano hit the fan that they finally hide from the cameras.

Terrible Time for a ‘Victory Lap’

Halfway through the episode, co-founder Rick Wilson was on a call with the United Talent Agency. They discussed the value of the Lincoln Project as a media company, based on Wilson’s discussions with a tech executive. Wilson is excited by the thought that an initial venture capital bid could bring in $55 million.

“You have my full proxy,” said Wilson, ending the call with what appears to be a professional marching order.

On October 27, 2020, an Axios headline proclaimed: “The Lincoln Project is becoming a media business.” The story cited ongoing talks with United Talent Agency and that the Lincoln Project was “weighing offers from different television studios, podcast networks, and book publishers.”

“I have a question,” said the shocked communications director on a staff call immediately afterward. “Why are we doing any type of victory lap seven days before the election?”

It was an obvious concern raised by many. An avalanche of public denunciations from all points on the political compass ensued after the Axios story, samples of which are provided during the episode. The word “grifters” is shown on the screen and said multiple times.

Explaining his plan for a post-election media firm to continue battling Trumpism, Wilson tells the filmmakers:

Conspicuously omitted from this analysis were co-founders Horn, Mike Madrid, and Ron Steslow. They were caught by complete surprise when the Axios story appeared and demanded an immediate meeting of just the co-founders to discuss it.

At this point the cheeky filmmakers showed a garbage truck emptying a dumpster. Then the screen flashed this editorial notice: “On October 30, the seven original founders hold a meeting to discuss the future of the Lincoln Project beyond the election. No cameras are allowed.”

This distraction bomb was just one of several blowing up during the final week before Election Day.

A subplot of the episode is the repeated badgering by co-founder Steve Schmidt regarding his insistence on media buys against U.S. Sen. Lindsey Graham (R-SC). From a strategic standpoint, it is not remotely clear why this idea made any sense. Graham ended up winning re-election in deep-red South Carolina by a lopsided 10 percentage points. It was Graham’s fourth consecutive win by double-digit margins since 2002.

In one meeting, Schmidt uncorks a bizarre tirade about his personal animosity toward Graham. The bunny boiler glare in his eyes as he rails on about the subject—and a knowing eyeroll from one of his partners—needs to be watched to be fully appreciated.

Later, as the campaign enters the final week, an enraged Schmidt berates his colleagues about the tardy processing of Graham-related Facebook videos. This produced a pair of private calls from co-founders Madrid and Galen to Sarah Lenti, each seeking to calm down the group’s clearly irritated executive director.

“There is a lack of leadership in this campaign, and I have had it,” Lenti stammers at Galen.

In the next scene, she packed her bags and headed home to Denver. She wasn’t the only major staffer shown departing the campaign headquarters in the closing week of the race.

The final scene shows the wee hours of the morning after Election Day. The Lincoln Project co-founders were together, watching coverage of the still-undecided presidential race. They would soon be embroiled in more scandals and in open public conflict with each other. The episode is titled: “Eve of Destruction.”