Eyes off the Prize: Episode 2 of Showtime’s The Lincoln Project 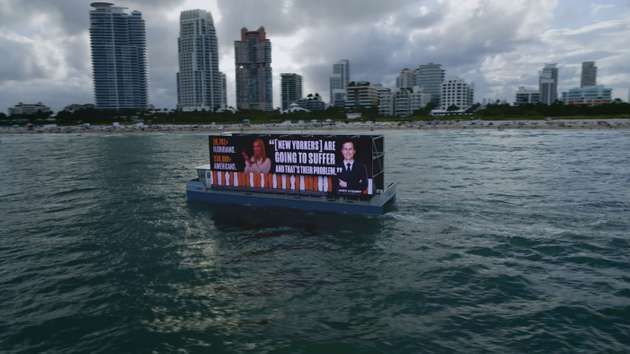 Episode 2 of Showtime’s The Lincoln Project opened with co-founders Reed Galen, Rick Wilson and Steve Schmidt taking time during the last weeks of the campaign to pose for a photographer sent by the New Yorker for a feature story the magazine did on them.

So, coming into the home stretch of the election, the Lincoln Project leaders had a Showtime documentary team shooting video of a New Yorker still photographer, who was taking photos of them behaving more like the candidates than supposedly savvy campaign consultants. It was difficult but important to remember at this point that these guys came together to exploit the narcissism and vanity of President Donald Trump.

The episode is titled “It’s COVID, Stupid,” a reference to the team’s intention to use COVID to taunt, tease, disrupt, and distract Trump.

Out of more than 158 million total voters, the 2020 presidential election was decided by 43,000 total votes from Arizona, Georgia, and Wisconsin. That means just 21,500 people spread out in those three swing states would have changed American history by switching their votes—a tiny 0.01 percent of the electorate.

If it had not been for the pandemic, it’s hard to see how Trump would have lost his job. Whether the people featured in the Showtime series really helped push him out the door is another matter. What Episode 2 captured was the leadership and staff of the Lincoln Project embroiled in numerous off-mission distractions and the foreshadowing of worse yet to come.

Eyes off the Prize

Near the end of the episode a Times Square billboard attacking Ivanka Trump and Jared Kushner is unveiled during the week before the 2020 election. Reviews were mixed.

A complaint from a lefty Twitter user filled the screen:

I thought Lincoln project was supposed to be “politically savvy”??? What is the *possible* rationale for spending funds on a TIMES SQUARE BILLBOARD, one of the most expensive ad slots in one of the bluest places in the country?!” [emphasis in original]

The planning of this blue state publicity stunt was another of the episode’s plot lines. Several staffers justify the $100,000 and time spent on the project by pointing to the $1.5 million it returned from excited anti-Trump donors. Whatever else may be said of them, it’s demonstrably true the Lincoln Project knew how to raise money from credulous donors.

The episode ended with Lincoln Project co-founders Rick Wilson and Steve Schmidt discussing co-founder John Weaver. Their ostensible concern was Weaver’s obtuse demand that $10 million be spent on Texas during final 19 days. This would have been 10 percent of their total funding for a state Trump ended up winning by more than 600,000 votes.

But the filmmakers also used the scene as foreshadowing of the Weaver sexual harassment scandal that would later rain down on all of them.

Along these lines, in describing the growth in staffing, there is an unintentionally creepy moment when executive director Sarah Lenti said she had to ask Weaver to slow down the adding of new interns: “I keep telling him to stop with the interns.”

In plotting their Times Square billboard, the leadership team discussed how best to “troll Jared and Ivanka,” which included a brainstorming call with the former president’s estranged sister. Wilson added that the message needed to convey the idea that New Yorker’s were telling Jared and Ivanka “you’re not welcome here.” Galen chimed in that the objective should be to get friends of the couple to call and harass them.

Earlier in the episode, Galen reminisced proudly that the Lincoln Project had purchased (obviously costly) advertising time during multiple prime time Fox News Channel shows with the explicit goal of annoying Trump and getting him to react.

Outside critics, in particular partisan Democrats, have argued that the Lincoln Project’s grand strategy to abrasively taunt Trump was a terrible way to change the minds of the persuadable voters who could decide the election (to say nothing of those 21,500 people in three battleground states who really did decide it).

Episode 2 showed the strategy wasn’t even popular with all the Lincoln Project staff. A young digital strategist told the filmmakers it was not in his “wheelhouse” to be “going after Ivanka and Jared” in the final weeks and that instead he preferred to be “focused on persuading people.”

Our job is to persuade people to vote for Biden. Insulting people doesn’t do that . . . I just want to make sure that we don’t forget that that’s our priority. Sorry to bring the crowd down. It sounds like a fun ad.

Later, speaking to the camera interviewer, she conceded: “Some of our ads, I know, can be tough to watch.” She then noted the creative decisions were driven by Galen, Schmidt, Wilson, and Weaver.

A revealing discussion about Horn’s role in the project surfaces during a senior-level staff meeting about the proper handling of the New Yorker reporter. The communications director grows concerned that the reporter may ask why there isn’t a woman among the co-founders.

Wilson defiantly responds: “There is a woman co-founder. End of discussion.”

The comms director wryly responded that Horn wasn’t even on the call.

This is foreshadowing the final episode of the series, which goes deep into the scandals and internal infighting that overwhelmed the whole group. In that episode, the Lincoln Project origin story changes: As Schmidt and Horn are counter-accusing each other of misdeeds, Schmidt tells the filmmakers that Horn was a “contract employee” holding only an “honorific” co-founder title.

Back in Episode 2, publication of the magazine piece in mid-October 2020 led to more distractions. Co-founder Mike Madrid and his data targeting team were put off by the lack of attention paid to them in the report, in contrast to the magazine’s hyper-focus on Galen, Schmidt, and Wilson.

At an impromptu meeting about the fallout from the magazine piece, Madrid told his team:

Addressing the filmmakers, he said his data group wasn’t feeling the respect they were due.

The image the Lincoln Project leadership wanted to portray when they invited the filmmakers to follow them around was that of a team highly adept at irritating and distracting Trump. Episode 2 begins to demonstrate that their main talent was in doing this to themselves and each other.