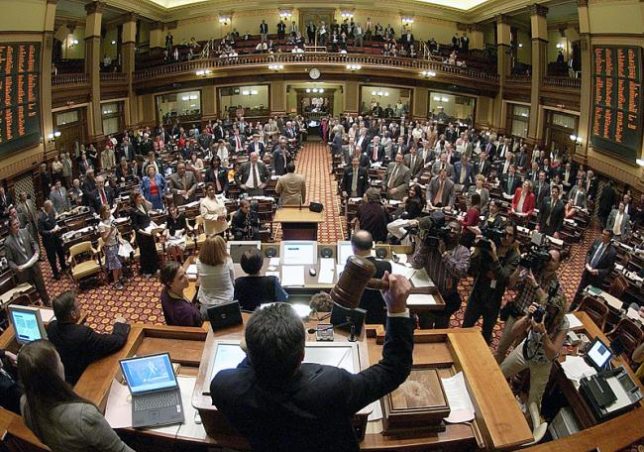 New Legislation (2023): Would expand scope of existing ban on private funding for election offices to prohibit state employees and officials from accepting private moneys to administer elections. Under consideration.

: Bans contributions from private sources: “The state commissioner, a county commissioner, or a political subdivision of the state shall not accept or expend a grant, gift, or other source of funding from a source other than those listed in subsection, including from a private person, corporation, partnership, political party, nonparty political organization, committee as defined in section 868A.102, or other organization for the purpose of conducting an election.”

HB 1300 (old): Does not prohibit private funding for elections. Instead, the bill will make it secretary of the commonwealth’s duty to receive private funding and distribute it equally across the counties of Pennsylvania with the oversight of the Election Law Advisory Board. Vetoed by Gov. Tom Wolf (D) 06/31/21.

Prohibits any state or election official from accepting private donations for the purpose of elections. Introduced in committee 06/21/21 but has not advanced since.

SB 0219: “This bill prohibits an election officer from soliciting, accepting, or using funds donated for an election by a person other than a government entity.” Signed into law by Gov. Spencer Cox (R) 3/23/22.

SB 80: Prohibits state and local elections officials from soliciting, accepting, using, or disposing of any moneys, grants, property, or services given by a private individual or nongovernmental entity for the purpose of funding voter education and outreach programs, voter registration programs, or any other expense incurred in the conduct of elections. Passed Senate 01/27/22 with unanimous support. Passed House 03/02/22. Signed into law by Gov. Glenn Youngkin (R) 4/11/22.