The Lincoln Project’s Most Cherished Cause Is Itself 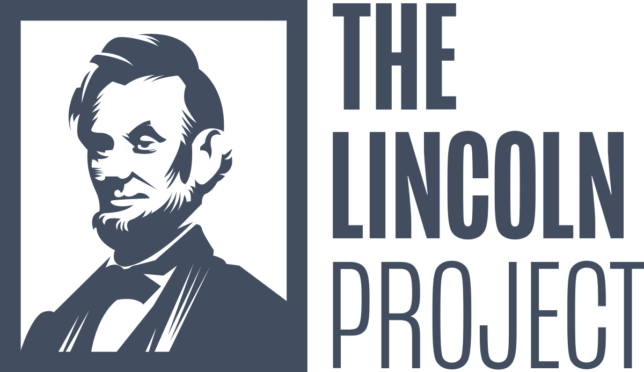 There’s a philosophy debated among political operatives in Washington, D.C. that suggests being in the opposition party automatically means better business. The Lincoln Project gurus, who billed themselves as ostensibly “true” conservatives, decided to embrace that philosophy and spend millions of donor dollars fighting to ensure Donald Trump lost the election and Democrats were elected in down ballot races throughout the country.

With the exception of the general election, which technically hasn’t yet been decided but has been called by most media outlets for Joe Biden, the Lincoln Project took the “whopping” $39 million it raised from July through September, and promptly lost.

In fact, according to the Washington Free Beacon, the organization went 0-7 in key Senate races. According to FEC filings, the Lincoln Project boasted $67 million in total receipts this cycle, and spent $59 million total – $19 million of it against Donald Trump. That’s about $40 million lost on down-ballot races.

Small-donor Republican supporters of the group, who may have believed the Lincoln Project’s marketing and donor rhetoric that they were fighting for real conservatism, are now likely scratching their heads to hear of the organization’s epic failures. But supporting Democrats – more than opposing Donald Trump – seems to have been the thrust of the Lincoln Project all along.

Framing their support of Democrats in state races as battling against “Trump stooges,” the Lincoln Project raised 39 percent of their funding from small donors giving $200 or less, and used it to try to unseat Republican senators like South Carolina’s Lyndsey Graham and Senate Majority Leader Mitch McConnell – seats that will be instrumental in conservative battles against the increasingly progressive agenda favored by the new wave of Democratic leadership.

None of this is ultimately surprising to those who have looked deeply into the funding and expenditures of the Lincoln Project. Capital Research Center’s InfluenceWatch database shows, in addition to the unusually high rate of small donations, that the group took a great deal of money from Democratic donors and maintains serious connections to Democratic candidates and their operatives.

Do Republican small donors to the Lincoln Project know, for example, that the organization’s largest contributor is the billionaire hedge fund manager Stephen Mandel, who gave the group a cool million? According to InfluenceWatch, “Mandel and his wife are major donors to Democratic-aligned groups: They donated $5 million to Priorities USA Action, the largest Democratic Super PAC; over $200,000 to a Hillary Clinton-supporting Super PAC in 2016; and hundreds of thousands more to other Democratic PACs and candidates.”

And was it disclosed to Lincoln Project donors who saw their ads on social media that the group spent almost $3 million to oppose President Trump, they spent $723,000 to support Democratic presidential candidate Joe Biden?

Then there are the political connections the group boasts, possibly unknown to average Republicans who thought they were giving to a group espousing “real” conservativism. The Lincoln Project has negotiated what’s called “fundraising consulting services” from the Katz Watson Group whose founder, Franz Katz Watson, is the former national financial director of the Democratic National Committee. Katz Watson also provided services to the Democratic Senatorial Campaign Committee, the Democratic Congressional Campaign Committee, and the U.S. Senate campaign of former U.S. Rep. Beto O’ Rourke (D-TX).

It gets even better. The Lincoln Project has negotiated payment to a firm run by Adrienne Elrod, the former director of strategic communications for Hillary for America and to Zachary Czajkowski, who has worked for President Barack Obama, Hillary Clinton, and other Democratic politicians.

That’s a whole lot of work and payment to Democrat operatives for a group that ostensibly wants “real” Republicans to win.

Anyone fooled by the Lincoln Project should now understand that their kind of grift represents a particularly craven version of the idea that being in the opposition can be good for business – one where “better business” involves lining ones’ pockets instead of honest marketing and working on behalf of ones’ donors. The Lincoln Project’s self-aggrandizing grift exemplifies why Americans distrust Washington politics. The bright side is, while they separated a lot of well-meaning donors from their money, they actually weren’t very good at winning elections.

This article first appeared in the American Thinker on November 25, 2020.