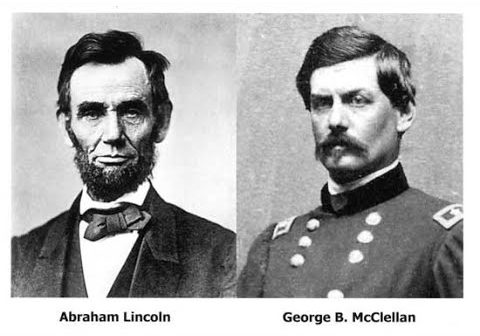 Abraham Lincoln advised Americans “Never swap horses in midstream” in 1864, but he might have been talking about 2020.

Lincoln’s warning came just months before the country’s first wartime election since 1812—and the only election held during any nation’s civil war—when Americans weighed the reelection of a president who vowed to save the Union against the candidacy of George B. McClellan, an anti-emancipation Democrat and former Northern hero who meant to destroy the Union.

The Lincoln Project is a super political action committee (PAC) created by NeverTrump political operatives to help Democrat Joe Biden defeat Trump in November. The group’s leadership try to cast themselves as fearless Republicans defending the Constitution, but virtually nothing separates the PAC from the Democrats.

Destroy the GOP to Save It?

Between January and July, the Lincoln Project ran 66 ads (17 in July alone) attacking President Trump and Congressional Republicans. One such ad criticizes Sen. Susan Collins (R-ME)—widely considered a moderate and skeptic of the president—as a “Trump stooge” who’s sold her constituents down the river.

As “proof” that Republicans are furious with Collins, the ad focuses on a protester waving a glossy sign that reads “Stop Kavanaugh” and bears the logo of Mainers for Accountable Leadership, the Democrats’ leading anti-Collins PAC, which has amassed some $4 million for her opponent’s campaign. 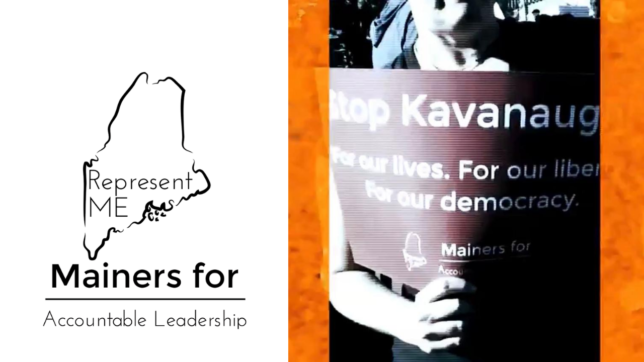 Mainers for Accountable Leadership logo next to a protester’s sign in Lincoln Project ad.

Left-wing money is a theme with this anti-Trump PAC. Its Federal Election Commission (FEC) page shows a staggering $19.4 million in contributions. The PAC’s largest single donation ($1 million) came from Stephen Mandel, a hedge fund manager who regularly donates to Democratic groups such as the Hillary Clinton–aligned super PAC Priorities USA.

Forbes has counted at least six billionaires who support the group, including Walmart heir Christy Walton, who is a donor to former Democratic presidential candidate John Hickenlooper’s PAC. Other donors include film producer David Geffen, a donor to Bill Clinton’s and Barack Obama’s presidential campaigns, and Silicon Valley billionaire Ron Conway, credited with helping the Democrats retake the House of Representatives in 2018.

The Lincoln Project’s finances have also earned scrutiny from conservatives and liberals. The left-leaning watchdog OpenSecrets reported that $1 million of the $1.7 million the Lincoln Project spent between January and March went to Summer Strategic Communications, a firm run by the PAC’s treasurer, Reed Galen. Another company reportedly hired to produce the PAC’s attack ads isn’t listed in its FEC filings, according to OpenSecrets, and is likely paid as a subcontractor to hide its involvement.

For a PAC that claims to be Republican, the Lincoln Project’s spending tilts heavily Democratic. To date, the Lincoln Project has paid $1.1 million to Tusk Digital, an advertising company that also caters to Stand Up Republic, a leftist-funded NeverTrump group run by 2016 presidential candidate Evan McMullin. It has also paid tens of thousands of dollars to the Katz Watson Group for fundraising services, a firm founded by a former Democratic National Committee national financial director Fran Katz Watson to cater to Democratic PACs and politicians, such as former Rep. Beto O’Rourke (D-TX). One of the Lincoln Project’s consultants, James Lynch, advised former Starbucks CEO Howard Schultz on his briefly considered 2020 presidential bid. The Lincoln Project has also paid nearly $20,000 for “communications consulting” to Elrod Strategies, which was founded by the director of strategic communications for Hillary Clinton’s 2016 presidential campaign.

What Is the Lincoln Project?