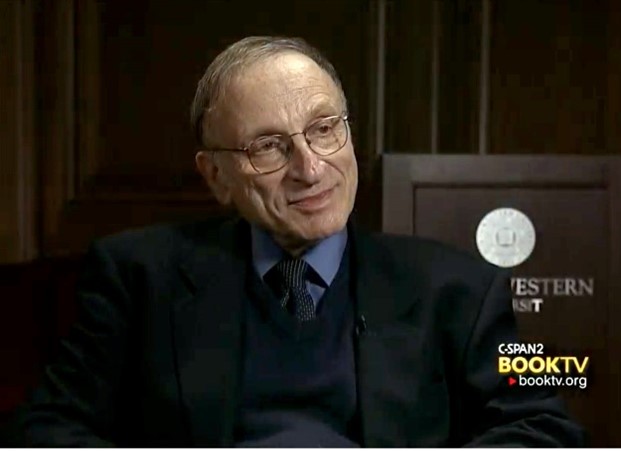 “The whole point of Leninism,” writes ex-socialist Gary Saul Morson in “Leninthink,” “is that only a few people must understand what is going on.” Credit: C-SPAN. License: https://bit.ly/35PNhfr.
by Hayden Ludwig

The march of woke ideology through private schools has been somewhat different than its takeover of public schools. Government-run schools are pretty much slaves to the political Left and have been for decades. The strong influence of left-wing activists and teachers unions like the American Federation of Teachers (AFT) and National Education Association (NEA) on the public education system is universally acknowledged and well-documented, even in conservative states.

It’s the end result of a more than a half-century of the Left’s “long march through the institutions” envisioned by Antonio Gramsci, the father of cultural Marxism. Gramsci saw the path to socialism running not through economics (as Karl Marx taught), but through control of the media, the military, and education. American Marxists took his lessons to heart starting in the 1960s.

We’re witnessing the result. Codifying anti-white hatred through critical race theory, destroying the family and promoting mental illness with transgender and “nonbinary” sexual identity, obliterating language ( “women” is now “womyn,” Latino/Latina is “Latinx”), fabricating absurd racial categories that abolish the individual (squashing together tens of millions as “brown people”), and recasting the United States as a uniquely evil slaveocracy—all were hatched in university Gender Studies and Sociology departments before moving into the legacy media, the Democratic Party platform, and government curricula.

If you think I’m exaggerating the sudden ubiquity of these ideas, consider how comfortable their proponents are saying things in public they wouldn’t have dreamed of muttering a decade ago. Take it from Brittney Cooper, a Rutgers University professor of women’s studies and Africana, at a 2021 conference titled “Unpacking the Attacks on Critical Race Theory”: “I think that white people are committed to being villains in the aggregate.” She continued, “You know, their thinking is so murky and spiritually bankrupt about power that the . . . they fear this really existentially letting go of power because they cannot imagine another way to be.” She added, “The thing I want to say to you is we got to take these motherf—kers out.” She also argued, “Kids actually can grasp critical race theory because the issue that the right has, is that critical race theory is just the proper teaching of American history.”

All of these things are rooted in the Marxist impulse to divide all human interactions into an ugly history of haves and have-nots, but updated with American characteristics. In other words, the leftist mind reduces everything—religion, civil society, ancestry, language, history, and family—into a zero-sum power struggle that glorifies victimhood, even where it never existed. Karl Marx’s vision of workers organized against capitalists is transformed into blacks vs. whites, women vs. men, and homosexuals vs. heterosexuals. The list of contrived rivalries is endless.

Like their forebears in the Soviet Union and Third Reich, the modern American Left’s education commissariat subordinates everything to political “truth.” “Facts” are liable to change from one day to the next as required for senior party officials exerting control over the next generation. “The whole point of Leninism,” writes ex-socialist Gary Saul Morson in “Leninthink,” “is that only a few people must understand what is going on.”

Hence the NEA’s adoption of New Business Item 39 in July 2021, which committed the union to fight state bans on “critical race theory and/or The 1619 Project” (which rewrites all of U.S. history around slavery) and adopt curricula on “white supremacy, anti-Blackness, anti-Indigeneity, racism, patriarchy, cisheteropatriarchy, capitalism” in all 14,000 school districts nationwide. Yet the NEA scrubbed the CRT provision from its website three days later after receiving negative press.

That’s not a reversal, but a (temporary) cover-up. Radicals like AFT president Randi Weingarten can simultaneously claim that CRT isn’t taught in schools while vowing to defend it. Everything is permitted in the Left’s long march to “progress.”

In the next installment, the National Association of Independent Schools started taking a more political role in 1993.