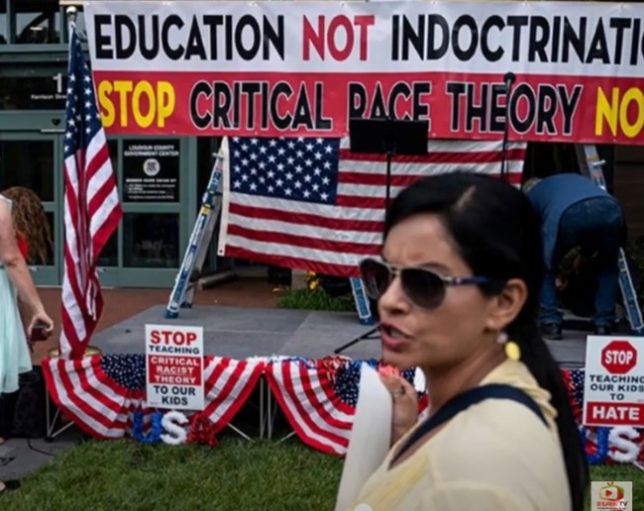 The winds of change are sweeping across the nation. Public school board recalls hit an all-time high in 2021 of 84 recall efforts against 215 board members. As of February, 26 recalls had already been launched in 2022, driven by parents furious over endless COVID lockdowns, mask mandates, and the disturbing curricula targeting children. Credit: DE SUPREMO TV. License: https://bit.ly/3pZgBH9.
by Hayden Ludwig

The members of Undercover Mother have some advice for worried parents:

The winds of change are sweeping across the nation. Public school board recalls hit an all-time high in 2021 of 84 recall efforts against 215 board members (between 2006 and 2020 they averaged just 23 per year). As of February, 26 recalls had already been launched in 2022, driven by parents furious over endless COVID lockdowns, mask mandates, and the disturbing curricula targeting children.

Even in far-left San Francisco, the epicenter of woke ideology and a Democratic bastion, voters shocked the nation in mid-February by throwing out three Democratic school board members over the prominence of far-left ideology given the abysmal state of local public schools, scattering the city’s bourgeois left-wing elites into a deny-then-blame frenzy. (Only 8 percent of the city are registered Republicans, but the losers still blamed right-wing conspirators and Fox News for the historic upset.)

Now the battle to stop the Left’s assault on private schools is getting legislators’ attention, thanks to the incredible revelations unearthed by Undercover Mother. At least one, Rep. Jim Banks (R-IN), has promised to investigate the NAIS should Republicans retake Congress in the 2022 midterms:

We have a moral duty to go after all of these institutions that have been co-opted by the Left . . . . COVID has exposed just how far removed these schools, public and private, and their administrations are from parents, and how far removed from putting the interests of our kids first over the political interests of those who run our schools.

This is all part of a large design by the Left to take over these accrediting bodies, national associations, and use them as political tools, rather than what they were designed to do. Now that we are more aware, we have a moral duty to go after them, and when we get the majority back, we’ll be in a position of power to expose organizations like NAIS.

Add to that the Parents’ Bill of Rights that Senate Republicans introduced in November to give parents a say in shaping their schools’ curricula, and one thing’s clear: The Great Parents’ Revolt is coming to a school near you.