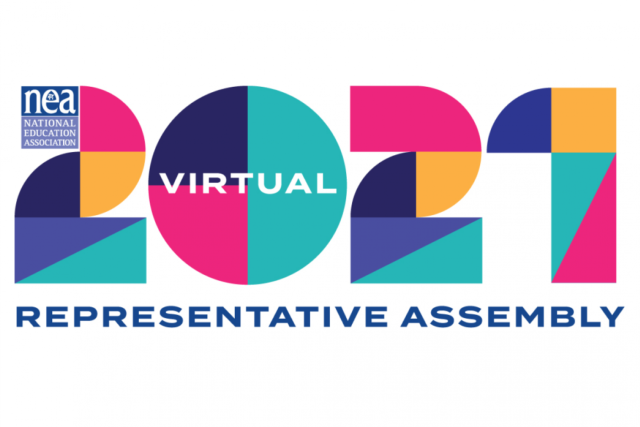 The National Education Association (NEA) general assembly brought some minimally good news and a warning to parents and students wherever the union’s political might is felt. While the NEA delegates declined to declare open war on their fellow Americans, they did promise to use American public education to indoctrinate students in radical-left “critical race theory.”

As we noted last week, the NEA considered New Business Item 33, which would have openly committed the nation’s largest teachers union to mandatory vaccination, surveillance testing, and mask mandates in schools indefinitely. We warned that such an action would constitute a war on science, a war on children, and a war on us all.

The NEA delegates defeated the resolution. The meeting was held by videoconference because not even the teachers union is stupid enough to hand its adversaries the talking point that they held a normal general meeting while keeping kids in lockdown.

But do not expect this to be the end of teachers unions’ obstinacy and demands to shutter schools. Randi Weingarten, president of the American Federation of Teachers (AFT), publicly shares statements by lockdown fanatic Eric Feigl-Ding in support of continued extreme restrictions on ordinary schooling. School choice advocate Corey DeAngelis has characterized Weingarten’s statements endorsing Feigl-Ding’s scaremongering as “foreshadowing”—alluding to the inevitable battles to reopen schools this fall in the union-controlled jurisdictions that failed to do so last year.

Hundreds of Thousands Toward Race Theory

As it rejected a declaration of war on grounds of Branch COVIDian scaremongering, the NEA issued a declaration of war based on radical-left ideological commitment. The NEA adopted New Business Item 39, a resolution that Manhattan Institute senior fellow Christopher Rufo characterizes as “a plan to promote critical race theory in all 50 states and 14,000 local school districts.”

What the heck is “critical race theory”? The NEA is at least somewhat helpful in defining it, resolving in Item 39 to:

Hidden among the left-wing pretentious diction and meaningless words—two bad habits of ideological writers that George Orwell condemned for making the English language “ugly and inaccurate because our thoughts are foolish”—is the tell. The NEA vowed to oppose state action to keep the 1619 Project out of classrooms. The 1619 Project is the New York Times Magazine project, backed by Big Philanthropy, that spread an at-best factually challenged interpretation of American history and promoted collective racial guilt.

With the opportunity to indoctrinate students in radical-left ideology on the line, the NEA put its members’ money where its radical-left leadership’s mouth is. New Business Item 39 will be backed by $127,600 in union dues. Another NEA resolution, New Business Item 2, puts $56,500 toward political opposition research targeting activists who oppose teaching schoolchildren collective racial guilt, singling out the Heritage Foundation by name.

Lest you think that Weingarten’s AFT, the country’s second largest teachers union, is any better, note that her union brought Ibram X. Kendi to speak at its TEACH 2021 Conference. Kendi is an academic who believes that every act of democratic government must be reviewed by a commission to confirm that it conforms to his racialist ideology. (In what is surely a nod to Orwell, he calls this “antiracism.”) This casts AFT’s lot in with the broader critical race theory infrastructure as well, though Kendi’s advocates will claim that his ideology is not true critical race theory, even though it functions as such in the popular practice.

Remember that the teachers unions are not alone in pushing COVID safetyism scaremongering and radical-left social ideology. The AFL-CIO has sued the government because the government did not mandate that vaccinated people wear masks everywhere. Unions including SEIU locals have threatened a “general strike” if their Black Lives Matter–inspired racial ideologies were not satisfied. The entire house of labor has declared that it stands with the most extreme and radical factions of the Left on lockdownism and critical race theory. They stand united; will we in response?