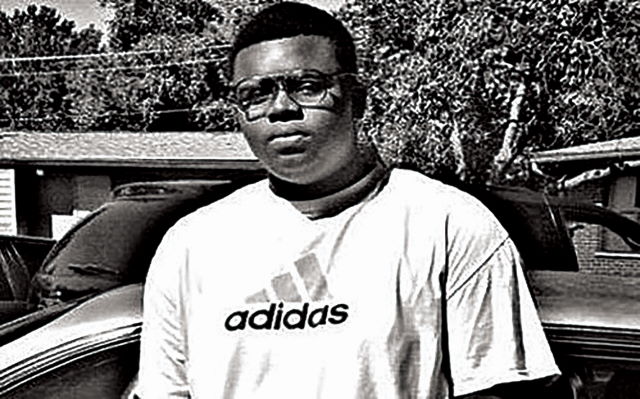 “In 2014, when Michael Brown was shot and killed in Ferguson, that was sort of a transformative period, because for the first time we really saw two narratives come out of it. . . . The false narrative became the dominant narrative of the shooting.” .—Eli Steele. Credit: 4WardEver UK. License: https://bit.ly/2WAkpPX.
by Joseph (Jake) Klein

KLEIN: There’s certainly a very controversial claim in there, which shouldn’t necessarily be controversial given the facts. But it doesn’t necessarily seem that everyone is aware of the facts, which are that Michael Brown charged a police officer and the police officer shot in self-defense. I think most people marching in the Black Lives Matter movement today probably would not recognize that narrative, even though there’s been a lot of discussion of that in the years since this has happened. I mean, what do you think is going on there? Why is there still such a mistaken narrative in the minds of arguably the majority of Americans. I haven’t looked at any polling, but it certainly seems like it could be that way. But why is it that potentially the majority of Americans are still mistaken about what actually happened there?

ELI STEELE: Right. I think it’s probably be after, like my father was talking about, the ’60s. When you came out of the ’60s, you created this need to redeem America. So you create all these social constructs, ideologies. You put America on that path towards redemption. And white supremacy was nothing but a social construct that kept everybody in place: Black people are inferior, white people are superior. But [this] really kind of used the same tools for identity policy for today. And so we’ve come up with ideas like systemic racism, intersectionality, power differential. So we’ve created almost every possible explanation to reduce Americans to skin color. So somebody who adopts that way of thinking, all they need to see is white cop, black kid. That’s it.

Just to give you an example, I was at the white privilege conference, and they were saying that this justice system needs to move from intent, like what goes on in the mind of the criminal, to impact. In other words, if it’s a white cop who shoots a black kid, that’s all you need to know. It’s racism. And so they’ve adopted this very simplistic way of thinking. But if you see everything in race, then how can you ever move beyond race to a better place?

KLEIN: You open the film with a claim that race is never an end, but always a means, and that race has no role in human affairs. But to play devil’s advocate, what I think Black Lives Matter activists might say—or even a large, large, large number of people out there—is that they don’t want race to matter either. That’s the goal, but as long as there are still racists and institutional racism, just ignoring it they call color blindness and they mock that. They say it’s wishful thinking and it won’t actually make it go away. So how do you respond to that? Couldn’t it be the case that there are still a bunch of racist cops out there? And then, aren’t you calling just for us to ignore that? Or is there evidence to the contrary?

SHELBY STEELE: Well, no, I mean, I would never want to ignore racist cops. On the other hand, I’m not one to make a national issue out of policing—bad, racist policing—when very little of it actually exists to begin with. But mainly, if you look at what Black Lives Matter and other groups like that are saying, they all say the same thing. They all come from a belief that came out of the ’60s. Again, I hate to keep going back to the ‘60s, but that’s where we think things started that we’re dealing with today.

When America admitted its mistake, its evil, its wrongdoing and had to then redeem itself, that had the effect of taking the victimization that blacks experienced, the racism that they experience. And if they could claim racism, they could get the larger society to give them things, to change, to pass new laws, to create new programs—as we very quickly did. And to create what we call today the grievance industry of minorities who, in a sense, constantly claim victimization, claim racism, so they can manipulate the larger society.

In other words, racism becomes a means to power. It is power in itself. So Black Lives Matter and other groups like that will fight you to the end if you say, “You know, blacks are not as remotely as victimized as they used to be.”

White Americans made a lot of moral progress. There isn’t, literally, as much racism anywhere, and I can testify to the truth of that having been born and raised in a segregated America and seeing the change, which stuns me still. I have segregation flashbacks, I like to call them, all the time.

So victimization is something now that black militant groups are clinging to because they sense that’s where their power is. And it is a tragedy because then it infuses the younger generation. It infuses them with a black identity that, as I call, is victim-focused. I’m black because I’m a victim. I’m a victim; that’s synonymous with being black. I’m not a free man. Don’t say I’m free. Want to make a Black Lives Matter person angry, tell him he’s free.

I say, you’re free all the time. If you grew up and knew what real segregation was, you would know you’re free. You can be the president if you want. You can do anything. But they will fight you until the end, tooth and nail, to argue that they’re not free. Well, what a sad, ironic, and tragic circumstance for a group to find itself in that’s trying to overcome four centuries of victimization: to then find themselves gaining power by clinging to the victimization, by exploiting it, by using it to manipulate their way through society.

So whites, on the other hand, don’t really know much. They look at this, and they’re confused. They know they’re not racist as they used to be, but they don’t have any confidence in themselves. They’re not allowed to say that. And so, we have this stalemate where no one can really tell. What we try to do in this film is dive into the center of all of that, and Michael Brown was, again, a tragic figure, but you see those forces at work in his fate, in the tragedy of his fate.

In the next installment of “What Killed Michael Brown?,” they examine the power derived from black victimization.