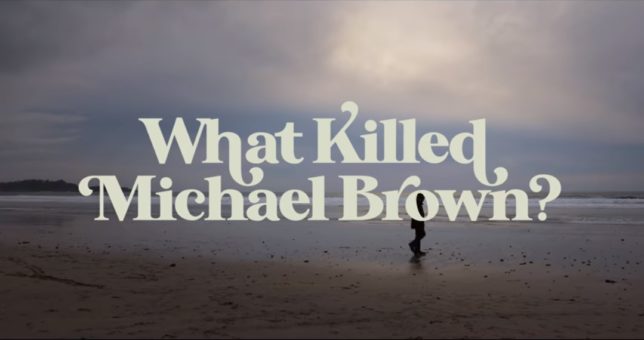 JOSEPH (JAKE) KLEIN: Hi everybody. I’m Jake Klein of the Capital Research Center. You might recognize my voice from a bunch of the animated videos on this channel. I am here with Shelby Steele and Eli Steele, who have a new film What Killed Michael Brown? You can find more about it at whatkilledmichaelbrown.com. 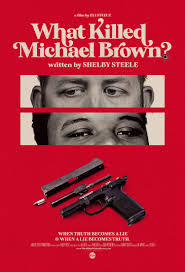 Shelby is a senior fellow at the Hoover Institution. In 2006, he received the Bradley Prize for his contributions to the study of race in America. And in 2004, he was awarded the National Humanities Medal. He has written five books including White Guilt and The Content of Our Character, which received the National Book Critics Circle Award. I’ve read White Guilt, and it’s wonderful. I highly recommend it. 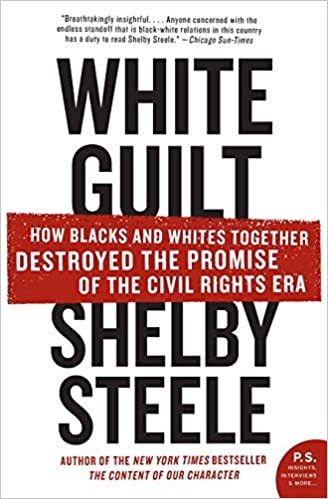 And Eli Steele is an award-winning filmmaker and graduate of Claremont McKenna College and Pepperdine University School of Public Policy. His career highlights include How Jack Became Black, What’s Bugging Seth?, winner of 10 film festivals, and Katrina, an MTV network pilot, which won him the Breakthrough Filmmakers Award. What Killed Michael Brown? marks his first professional collaboration with his father, Shelby Steele.

So first question, how did you guys decide to come together and make this film together?

And in 2014, when Michael Brown was shot and killed in Ferguson, that was sort of a transformative period, because for the first time we really saw two narratives come out of it. And one was not winning. Normally, you might have what my father calls the political truth, the false narrative, then the reality might come out, and then [false narrative] fades away. But that never happened. The false narrative became the dominant narrative of the shooting. And eventually, it became accepted by almost all the major institutions in America, through colleges, through corporations.

And we were curious, why did this happen? Why was there such a need to believe in this? And many ways Ferguson became the new Selma and people were using that phrase, “It’s the Selma of our time.” And we were kind of like, “No, it’s not.” I mean Selma is a very real thing that happened, a very real fight against oppression. What happened in Ferguson was completely different. And so we wanted to make a movie that would sort of hold up a mirror to America and say, “This is what you did. This is what you created. And why do we do this?”

KLEIN: So, I guess that opens up to the big question of the film What Killed Michael Brown? The implication is that it’s not as simple as we think it is. So what then, in short, without having to watch the whole film, what killed Michael Brown?

SHELBY STEELE: On the broadest level, what killed Michael Brown was the peculiar liberalism that came out of the 1960s. America had just, in 1964, passed the Civil Rights Bill. America had confessed its long, terrible collusion with racism. The men had owned up to slavery, owned up to Jim Crow segregation, owned up to racism in countless forms. It was, at least I believe, an extremely heroic moment. I think that admission, that confession in the mid-’60s was likely America’s greatest moment as a nation—that it could actually own up and admit to that. So it was honorable in every way.

But when you confess, you put a sort of clout in the hand of other people [who] can always sort of hit you with it. They can say, “Well, you know you don’t have the moral authority to support this argument, or whatever it is you’re arguing for, because you did this, and by your own admission.”

I think white America’s been in that position ever since, of having to prove its innocence of racism from the 1960s on. I’m old. I grew up in segregation. I know it well. After the mid-’60s the government couldn’t do enough—welfare expanded, the war on poverty came, Great Society, affirmative action, public housing, school busing, you name it. American couldn’t do enough to win back its moral authority and, therefore, its legitimacy as a nation. It worked hard, and it wanted to do that.

So this liberalism was very helpful to whites. It brought back a degree of moral authority. It did absolutely nothing for blacks. It gave them public housing and then destroyed the black family in America. It gave them school busing. It tore up the entire American education system. It gave them welfare that did nothing more than breed dependency.

It’s as though this liberalism was designed to destroy a people, rather than uplift a people. It created the world of public housing and, especially, bad public schools. Michael Brown went to four public schools in four years. So it created a world that put Michael Brown in the position where, on an aimless, hot afternoon, he attacked a white cop and lost his life. So the event, the death of this young teenager was, as we argue, indirectly caused by the breakdown in black America that was the result of this liberalism that destroyed our family life, destroyed our value system, and created a black underclass. Michael was a part of that.

So ours is a critique of American culture during this period.

In the next installment of “What Killed Michael Brown?,” they trace current problems back to the 1960s.