The Thesis That Drove American Politics Crazy: A Prescription or a Prophecy? 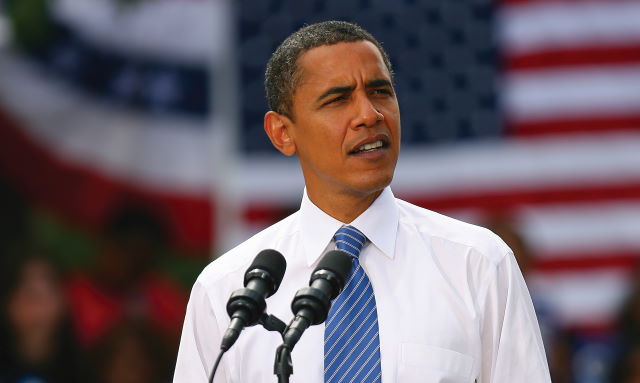 A Prescription or a Prophecy?

The Emerging Democratic Majority is a book of two halves; a description of electoral trends that Judis and Teixeira argue favor the Democrats and a prescription for Democrats to adopt “progressive centrism,” rather than fully committing to Old Left central-planning economics or New Left countercultural sensibilities. While the book does not detail a “progressive centrist” policy program, it describes what a 2022 observer might call the “vibes” of the ideology. Judis and Teixeira write:

Today’s Americans, whose attitudes have been nurtured by the transition to postindustrial capitalism, increasingly endorse the politics of this progressive centrism. They want government to play an active and responsible role in American life, guaranteeing a reasonable level of economic security to Americans rather than leaving them at the mercy of the market and the business cycle. They want to preserve and strengthen social security and medicare, rather than privatize them. They want to modernize and upgrade public education, not abandon it. They want to exploit new biotechnologies and computer technologies to improve the quality of life. They do not want science held hostage to a religious or ideological agenda. And they want the social gains of the sixties consolidated, not rolled back; the wounds of race healed, not inflamed.

The book takes as read that liberal Democrats believe all these things and conservative Republicans do not. Based on that presumption, Democratic strength follows. But The Emerging Democratic Majority is not remembered for recommending that Democrats follow the path of “progressive centrism.” It is remembered for supposedly proclaiming something the text explicitly disclaims: that demographic change would lead to an inevitable, “permanent” majority for the Democratic Party. One Huffington Post article from shortly after President Barack Obama’s inauguration quoted Judis and Teixeira, among other political analysts and strategists, to support the headline: “Permanent Democratic Majority: New Study Says Yes.” 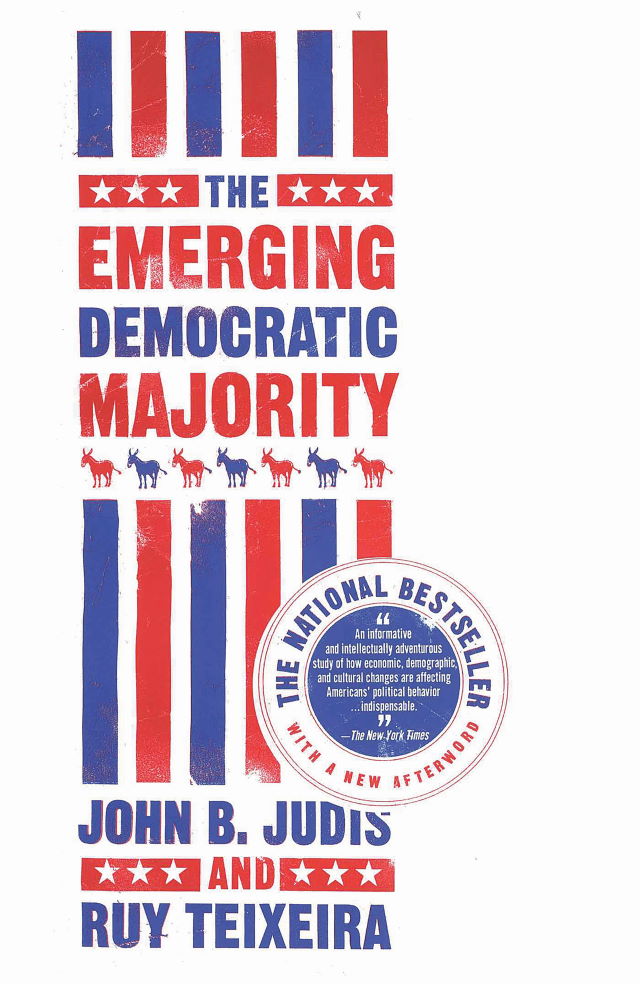 More accurately stated than in common misremembering, Judis and Teixeira’s thesis is that demographic changes would benefit Democrats and give them an advantage in elections. The most important groups would be economically liberal, immigration-expansionist, and civil rights–focused Hispanic and Asian immigrant and immigrant-descended communities; professional class members whose economic well-being was less tied to the expansion of business and the market economy than traditionally Republican managers and entrepreneurs; and women who defined themselves by career and work rather than motherhood and homemaking. Judis and Teixeira identified these groups as having supported the failed presidential candidacy of George McGovern in 1972. Democratic and liberal organizational activism would come to call these blocs the “Rising American Electorate” and “New American Majority,” symbolic of the teleological thinking the thesis inspired.

But Judis and Teixeira considered a fourth group critical to the Democratic majority they thought might emerge: the white working class. Bill Clinton had won back a large share of white working-class voters who had supported Republicans Ronald Reagan and George H.W. Bush. Judis and Teixeira supposed that Republican threats to the entitlement state and Democratic moderation on cultural issues (relative to the Republican Christian-Right extremism they perceived) would keep a substantial bloc of these voters in the Democratic camp. For this reason, the authors projected that West Virginia would lean Democratic in the coming political alignment, as would Missouri.

Drawing on classical realignment theory—the view that every 30 or so years changes in political coalitions congeal into a dominant “sun” party and a minority “moon” party whose relations define the political generation—Judis and Teixeira predicted that the Democratic majority they foresaw would emerge in 2004 or 2008.

In 2004, George W. Bush was re-elected with a majority mandate, which most observers credited to the apparent success of his foreign policy and the War on Terrorism. Judis and Teixeira had taken note of this possibility and cautioned that the War on Terror could delay the Democratic majority’s emergence until after the issue receded from the stage.

But by 2006, the war was going badly, and the Democrats were in ascendancy, with Congressional Democrats taking both houses of Congress in the midterm elections of that year. In Virginia, Democrat Jim Webb, a populist Vietnam War hero who had served in the Reagan administration, defeated Sen. George Allen, a southern patrician who had been tipped as future Republican presidential timber. Senate Democrats swept the Midwest except for Indiana, and House Republicans in New England were wiped out. The majority appeared to be emerging.

In 2008, it did emerge. Sen. Barack Obama (D-IL) won a comfortable victory over Sen. John McCain (R-AZ), sweeping the Northeast, mid-Atlantic, upper Midwest, Pacific Coast, and the Latino-heavy states of Florida, New Mexico, Colorado, and Nevada. But amid the Democratic victories were two warnings that even emerging majorities can be lost: Missouri and West Virginia—white working-class strongholds that Judis and Teixeira thought would return to the Democratic camp—remained Republican, despite the horrible political environment for the Party of Lincoln. That did not stop the Democratic triumphalism, immortalized by popular press headlines such as “Permanent Democratic Majority: New Study Says Yes” and “We Are All Socialists Now” and book titles like 40 More Years: How the Democrats Will Rule the Next Generation.

Even defeats in the Virginia and New Jersey elections in 2009 and the House of Representatives elections in 2010 barely dampened the certainty of a lasting Democratic majority’s emergence. At this time, RealClearPolitics analyst Sean Trende was probably the most prominent critic of the common interpretation of the emerging majority thesis, writing a book entitled The Lost Majority: Why the Future of Government Is Up for Grabs—and Who Will Take It that warned of ways the Obama coalition could fracture. Trende argued that the generational-realignment theory of American politics is fatally flawed, with contingent events rather than 30-year cycles deciding national elections. Further, apparent demographic certainties, especially the maximum Republican share of the working-class white vote and the likelihood of continued Republican declines in their share of the minority vote, were not certain and could scramble straight-line demographic projections.

But then Barack Obama was re-elected on the strength of what liberal operative Bill Vandenberg called “the demography, stupid.” (At the time, Vandenberg was the division director for Learning and Impact for Open Society-U.S. at George Soros’s Open Society Foundations.) The white share of the electorate continued to decline, ethnic minority voters came out strongly for President Obama, and women voted by a firm majority for Obama’s re-election. Vandenberg concluded:

While 2012’s election certainly doesn’t disprove that maxim, it does cast in stark relief the reality that America’s rapidly diversifying population increasingly sets the tone in our elections. For those who don’t (or won’t) recognize that—or who harken back to a 1950s vision of the U.S.—proceed at your peril.

Liberals like Vandenberg and the Democratic Party looked at the 2012 election results and sat comfortably, expecting the march of capital-H History and capital-D Demographics to carry the left-progressive movement onward and upward, as The Emerging Democratic Majority was remembered as having predicted.

On the other hand, the results divided the right harshly. The Republican National Committee, taking the admonition of the liberal press, the elite commentariat, and the business community to heart, produced the infamous “autopsy” that proposed acceding to liberal “comprehensive immigration reform” and cooling off on social issues in the name of being “inclusive and welcoming.”

But Republican activists and conservative commentators condemned the autopsy, especially its policy recommendation on immigration. They found an ally in a New York City real estate developer and television star, who called the document “Short on ideas. Just giving excuses to donors.” He asked on Twitter, “Does the [Republican National Committee] have a death wish?” As Dan McLaughlin wrote for National Review: “Fearful of post-2012 predictions of ‘replacement’ by Hispanic voters, the GOP’s nativist corners fell to extremes of stridency embodied in Trump’s campaign promises to wall off the entire Mexican border.” Democrats’ demographic triumphalism and Republicans’ demographic terror had met their Nemesis.

In the next installment, subsequent elections showed the white working class was slipping away from Democrats.