The Thesis That Drove American Politics Crazy: From McConnell to Trump 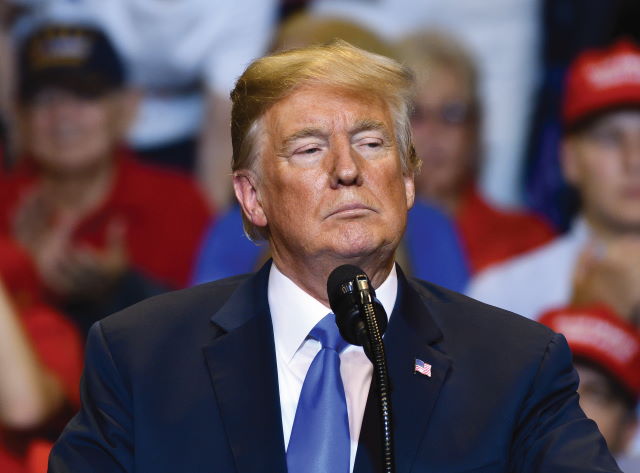 From McConnell to Trump: The “Missing White Voters” Defrock “The God That Failed”

Republican leadership followed the “autopsy” plan. In 2013, a bipartisan “Gang of Eight” introduced a liberal-aligned comprehensive immigration reform plan; Sen. Marco Rubio (R-FL), a Cuban American elected in the 2010 “Tea Party” wave with aspirations to the presidential nomination of a post-autopsy GOP, was its Republican face. The bill passed the Senate but died in the House of Representatives after Dave Brat, an obscure economics professor, defeated House Republican Leader Eric Cantor (R-VA) for renomination in a central Virginia congressional seat. Conservative commentators like Mark Levin and Laura Ingraham and immigration-restriction activists like Mickey Kaus had called for Republican base voters to make an example of Cantor for his support for the immigration liberalization. Autopsy-aligned commentators despaired. Surely, this fit of electoral pique would aid the continuance of the now-emerged Democratic majority.

But there was an alternate path that a Republican Party could take: that of the “missing white voters” in the words of analyst Sean Trende. (Trende did not advocate taking such a path; his writing was analytical, not prescriptive.) In 2013, as the Senate considered the Gang of Eight immigration bill, Trende reviewed the effect of demographics on the 2012 elections and the future GOP. Trende’s analysis showed that the most salient demographic change in the electorate from 2008 through 2012 was a drop-off in turnout among mostly white groups, especially along a geographic diagonal roughly covering Appalachia, upstate New York, and northern Maine. Trende noted that this was the geographic core of the Ross Perot movement of 1992, which advocated economic populism including tax hikes on the wealthy to cut the federal deficit, opposed illegal immigration, and campaigned against trade agreements like the then-in-negotiation North American Free Trade Agreement (NAFTA). The campaign of Mitt Romney, targeted by Obama’s allies for Romney’s business activities, and Paul Ryan, whose aggressive entitlement reforms had been attacked by liberal groups before he joined the presidential ticket, was perhaps uniquely unsuited to appeal to these voters. Trende concluded that, while “missing white voters” could not alone win Republicans future elections, they could play an important role in a future Republican success.

Trende speculated that a Republican Party advancing the alternate approach “would have to be more ‘America first’ on trade, immigration and foreign policy; less pro–Wall Street and big business in its rhetoric; more Main Street/populist on economics.” Judis and Teixeira’s emerging Democratic majority analysis in part relied on Republican laissez-faire doctrine remaining a bright dividing line between the parties.

The emerging Democratic majority’s endurance also relied on the Democratic Party not going insane on cultural issues. Progressive centrism, the ideology Judis and Teixeira espoused, was based in broad strokes on the synthesis of New Left and Old Left forged by Bill Clinton, with a guiding but not oppressive regulatory hand, social freedom and scientific inquiry opposing religious strictures, and a welfare state that provided security and stability to the working and middle classes.

John Judis received a shocking alarm that the emerging majority might lack staying power when his home state of Maryland, a bulwark of the Democratic Party (the state has not elected a Republican state-legislative/gubernatorial “trifecta” since the turn of the 20th century), elected Republican Larry Hogan governor by a surprisingly large 5-point margin. Judis noted that Hogan took advantage of outgoing Democratic incumbent Gov. Martin O’Malley’s unpopular tax increases and avoided campaigning on social issues, giving him surging support among the white middle and working classes.

Under conditions of the emerging majority thesis, Trump’s campaign—belligerent in personality, crude in language, and populist on policy—was the exact wrong thing. Liberal commentators speculated that it could create “a generation-long disaster for the Republican Party,” by permanently alienating Latino voters. Trende suggested that “we should expect any damage [to the GOP] caused by Trump to be fleeting.”

There is one sure path to a progressive victory in the 2016 election, and that is to excite, mobilize, and turn out at the polls the communities of what have been called the “new American majority”—African-Americans, Latinos, Asian-Pacific Islanders and other communities of color, young people and women, as well as progressive white voters.

But it turned out that organized labor, which had fretted about the potential for a Trump campaign to make inroads among working-class voters early in 2016, was right to have done so. “The demographics, stupid” had given way to “The God that Failed.” Trump won on the anti-autopsy path.

As the world tried to make sense of how Donald Trump cobbled together an Electoral College majority despite the “rising American electorate” opposing him, Trende proposed one possible explanation for evangelical voters casting their ballots for a twice-divorced New Yorker with an at-best complicated relationship with “traditional values”: fear.

Consider that over the course of the past few years, Democrats and liberals have: booed the inclusion of God in their platform at the 2012 convention (this is disputed, but it is the perception); endorsed a regulation that would allow transgendered students to use the bathroom and locker room corresponding to their identity; attempted to force small businesses to cover drugs they believe induce abortions; attempted to force nuns to provide contraceptive coverage; forced Brendan Eich to step down as chief executive officer of Mozilla due to his opposition to marriage equality; fined a small Christian bakery over $140,000 for refusing to bake a cake for a same-sex wedding; vigorously opposed a law in Indiana that would provide protections against similar regulations—despite having overwhelmingly supported similar laws when they protected Native American religious rights—and then scoured the Indiana countryside trying to find a business that would be affected by the law before settling upon a small pizza place in the middle of nowhere and harassing the owners. In 2015, the United States solicitor general suggested that churches might lose their tax exempt status if they refused to perform same-sex marriages. In 2016, the Democratic nominee endorsed repealing the Hyde Amendment, thereby endorsing federal funding for elective abortions.

Trende then quoted from an ill-starred blog post written by Harvard Law School professor Mark Tushnet after Trump won the Republican nomination, when it appeared Hillary Clinton would have the opportunity to nominate a decisive fifth justice to replace Antonin Scalia and end the Supreme Court’s sometimes-conservative lean. Tushnet proposed that “the losers” of the culture wars, namely social conservatives, should suffer a hard line in the settlement, favorably remarking on the hard line taken against the defeated Axis Powers of World War II.

Whatever Tushnet was advocating, it was not the “progressive centrism” that Judis and Teixeira had written about in The Emerging Democratic Majority. Trende argued that “if Democrats had stuck to the ‘progressive centrism’ playbook, they could have built a powerful coalition indeed.”

Instead, Democrats and left-progressives got high on their own demographic supply, went hard left on cultural issues even as Trump triangulated toward the center on economic issues, and lost the Obama majority identified so closely with the emerging Democratic majority.

In the next installment, wokeness takes hold of the Democratic Party.