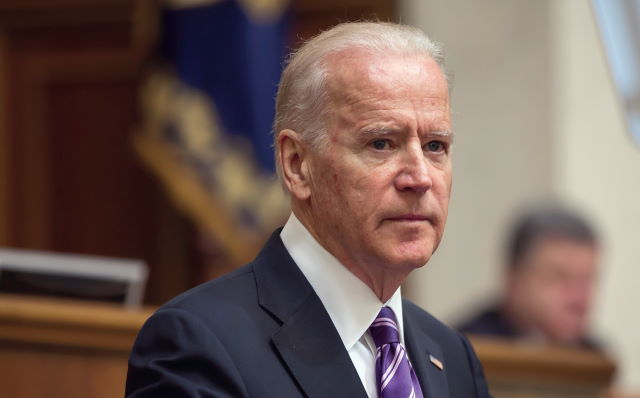 But unlike Franklin Roosevelt’s, Joe Biden’s majority would not be super, but bare. And voters who “should” have constituted the emerging Democratic majority were part of why Biden’s majorities were so narrow. Credit: Drop of Light. License: Shutterstock.
by Michael Watson

The Democratic response to the Trump administration accelerated the burial of progressive centrism. The professional class hardened in its Democratic alignment as “wokeness”—the mix of Robin DiAngelo- and Ibram X. Kendi-style race theory and opposition to the gender binary—took hold. In 2018, Democrats rode a suburban wave to a House of Representatives majority, sweeping Republicans out of office in suburban New Jersey, suburban Virginia (where Rep. Brat, so consequential to the defeat of the Gang of Eight bill and the “GOP autopsy” faction, lost re-election), California’s Orange County, and suburban Houston and Dallas. Also swept into office (in reliably Democratic constituencies) were the “Squad” of socialist and left-wing female representatives, most prominently Alexandria Ocasio-Cortez of New York.

By 2020, the emergence of a Democratic majority based on a “rising American electorate” looked certain. The COVID-19 pandemic and associated lockdowns had induced a sharp and severe economic contraction. President Trump’s apparently aimless response harmed his approval ratings. He was too cautious for those who wanted a firm endorsement of “back to normal” in the mold of southern Republican-controlled states, yet too reckless for those who wanted harsh lockdowns and mask mandates like those in California and New York. Vote-by-mail rules gave Democratic-leaning organizers an advantage over their Republican counterparts.

It was the worst political environment for an incumbent president since Herbert Hoover faced re-election in 1932. And in 2020 as in 1932, the challenger won. But unlike Franklin Roosevelt’s, Joe Biden’s majority would not be super, but bare. And voters who “should” have constituted the emerging Democratic majority were part of why Biden’s majorities were so narrow.

In 2016, pundits had speculated about Donald Trump’s anti-immigration rhetoric alienating Hispanics from the Republican Party for a generation. But in 2020, Hispanics swung right as the country leaned left. Florida remained in the Republican camp, powered by massive swings toward the GOP in heavily Hispanic Miami-Dade County. In The Emerging Democratic Majority, Judis and Teixeira had predicted Florida would be safely Democratic, Florida voters had subsequently elected GOP governors in 2002, 2006, 2010, 2014, and 2018. Florida voted to the right of the national average in both 2008 and 2012 and gave its electoral votes to Donald Trump in 2016. “Blue Texas” was averted in part by swings toward the GOP in the Rio Grande Valley along the U.S.-Mexico border.

It was not only these populations. A New York Times analysis of electoral swings showed widespread Republican gains with Latinos in major cities and gains with Asian immigrant groups as well. Far from engineering a permanent alienation, the outgoing President Trump had welcomed new nonwhite voters into the Republican camp.

That means that it was vote-switching and turnout differentials among white voters that elected President Biden. One commentator estimated the Democratic margin shift as “around the mid-single digits” even as Democratic margins in nonwhite communities narrowed.

That commentator was Ruy Teixeira, the one-time prophet of The Emerging Democratic Majority.

Even before Biden’s election, Teixeira disclaimed the 40 More Years–style “permanent majority” affirmations that he and Judis never made in their book. In July 2020, Teixeira wrote:

After Obama’s historic victory, our theory morphed from provocative projection to sacred gospel. Instead of focusing on the fact that this emerging majority only gave Democrats tremendous potential if they played their cards right, many progressives started to interpret it as a description of an inevitable future. The new Democratic majority, they believed, had already arrived. All they had to do to win election after election was to mobilize the growing segments of the electorate, and the demographic changes that favored them would take care of the rest. Sometimes explicitly, sometimes implicitly, our thesis turned into the simplistic argument that “demographics are destiny.”

But our argument had been much more complicated than that. We had always envisaged the new Democratic majority as a coalition between growing segments of the population and the party’s traditional electorate. To be sure, this coalition would include a lot of the voters progressives now chose to focus on: minorities, professionals and the young, and unmarried and highly educated women. But in addition to this “rising American electorate,” it would also have to include a significant minority of the white working class, a group that—though its numbers were in decline—would continue to constitute a very large electoral block for the foreseeable future. (In 2008, 51 percent of eligible voters belonged to the white working class; in the 2020 elections, 44 percent will.)

He further warned that the confluence of intersectionality on the left and right-wing populism on the right had induced liberal activists to disregard the white working class completely, while he praised Joe Biden’s campaign for advancing a “progressive centrist” agenda that was firmly liberal but not aligned with the most radical voices on the left.

In the year following President Biden’s inauguration, Teixeira became a sort of liberal Cassandra, warning of the tenuousness of the Biden coalition. In response to left-progressives’ triumphalism amid Census estimates of a decline in the proportion of Americans who are white, Teixeira warned that “since 2012, running against Trump twice, Democrats have lost 18 points off of their margin among nonwhite working class voters,” which “obviously undercuts the Democrat-friendly effects of rising racial diversity.” He cautioned his fellow liberals that Hispanic voters “are heavily oriented toward upward mobility and see themselves as being able to benefit from available opportunities to attain that” and opposed the radical edge of the Black Lives Matter movement.

Teixeira has disputed the implicit left-wing view that “the presumed way being ‘people of color’ welds [the nonwhite population] together into a voter group with unshakable loyalty to the Democratic party and loathing for the Republican party.” Further, he contested the view that “cultural leftism is central to consolidating the ‘rising American electorate’ that will power the Democratic party to dominance in an increasingly multicultural, multiracial America,” warning that “the median voter simply does not share the outlook embodied by cultural leftism.”

In June 2022, Teixeira endorsed the view that Democrats had a “progressive organization problem,” with the party’s “supportive ecosystem” having “become massively dysfunctional due to internal meltdowns, mission creep and maximalist goal-setting.” This is an odd position for a man who had worked at the Democratic establishment–aligned think tank Center for American Progress (CAP) and CAP Action Fund, its affiliated advocacy organization, since it was created in 2003.

And perhaps he could espouse it because he was not long for left-progressive institutions. In July, Teixeira dropped what passes for a bomb in DC think-tank world: He was leaving CAP for the American Enterprise Institute, the historically neoconservative, generally right-leaning, and often Trump-skeptical think tank with an operational tradition of freedom of inquiry. Politico reported:

To hear Teixeira tell it, CAP, and the rest of Washington’s institution-based left, stopped being a place where he could do the work he wanted. The reason, he says, is that the relentless focus on race, gender, and identity in historically liberal foundations and think tanks has made it hard to do work that looks at society through other prisms. It also makes people nervous about projects that could be accused of giving short shrift to anti-racism efforts.

“I would say that anybody who has a fundamentally class-oriented perspective, who thinks that’s a more important lens and doesn’t assume that any disparity is automatically a lens of racism or sexism or what have you . . . I think that perspective is not congenial in most left institutions,” he says.

Like the Trotskyites who balk at the “1619 Project” for its elevation of racial conflict above class conflict, Teixeira—even back when he co-wrote The Emerging Democratic Majority—is and has been an old-fashioned economy-first New Deal/Great Society welfare statist. “Progressive centrism” in part relied on expansions and defenses of the welfare state to secure the loyalties of working-class whites and ethnic minorities alike.

And cultural leftism, about which the post-2020 Teixeira has warned, is not the social liberalism of the early 2000s era, which focused on gay and lesbian equality, safe-legal-and-probably-rare abortion, and scientific supremacy in debates over issues like teaching evolution or conducting embryonic stem-cell research. As Teixeira told Politico:

“I’d say they have been affected by the nature and inclination and preferences of their junior staff,” he says. “It’s just the case that at CAP, like almost any other left think tank you can think of, it’s become very hard to have a conversation about race and gender and trans issues, even crime and immigration. You know, ‘How should the left handle these?’ There’s a default assumption about how you’re supposed to talk about these things, even the language. There’s a real chilling effect on all of these organizations, and I think it’s had an effect on CAP as well.”

In the next installment, Ruy Teixeira, one of the authors of the thesis, leaves left-wing Center for American Politics for the American Enterprise Institute.