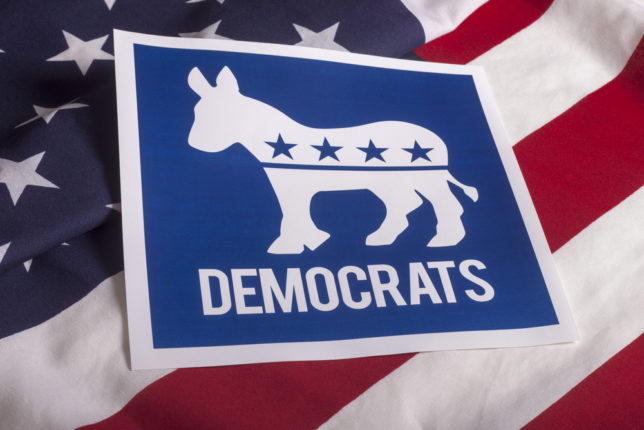 The Emerging Democratic Majority, while not prophetic, was informative in projecting who would constitute Barack Obama’s presidential majorities. But its prescription, a “progressive centrism” focused on left-populist economic and welfare policies and a moderated social liberalism, was never going to satisfy the institutional Left’s demand for permanent and ever-renewing revolution and advocacy groups’ need for additional work.
by Michael Watson

There is profound irony in Ruy Teixeira, one of the architects of a thesis liberals ran with to justify a radical race-focused politics, being a class-focused Cassandra who feels freer to be himself while associated with a think tank on whose board sits former Vice President Dick Cheney than at the think tank founded by Democratic operative John Podesta. But the nature of politics and the people who play at it ensured Teixeira’s thesis would lead where its author did not intend, as did the theses of his sometimes-critic and now-AEI colleague Sean Trende.

The Emerging Democratic Majority, while not prophetic, was informative in projecting who would constitute Barack Obama’s presidential majorities. But its prescription, a “progressive centrism” focused on left-populist economic and welfare policies and a moderated social liberalism, was never going to satisfy the institutional Left’s demand for permanent and ever-renewing revolution and advocacy groups’ need for additional work. So enacting same-sex marriage gave way to demanding natal males in women’s sports; equality of opportunity gave way to Ibram X. Kendi’s “anti-racism”; and “safe, legal, and rare” gave way to “Shout Your Abortion.”

One illustration of how the landscape shifted comes from Judis and Teixeira’s discussion of the debates over education and curriculum in the early 2000s. They write:

In search of votes, the conservative Republicans of the 1980s made a devil’s pact with religious fundamentalists that entailed their indulgence of crackpot religious notions. While Democrats have opposed the imposition of sectarian religious standards on science and public education, the Republicans have tried to make science and science education conform to Protestant fundamentalism.

Replace “religious” with “ideological,” flip references to “Democrats” and “Republicans,” change the year, and switch “conservative” and “Protestant” to “cultural-left,” and the description of the debate over teaching Creationism in schools by a 2000s liberal could be a protest of the teaching of critical race theory or gender theory by a 2020s conservative.

The problem with The Emerging Democratic Majority was not so much its predictive force, though its expectation that Democrats could hold a high “floor” with the white working class was not borne out by results, foreshadowing the shifts in the nonwhite working and middle classes that occurred in 2020 that may be continuing. The problem was that its projections were taken as a teleology, an unspooling of the End to which capital-H History was directed.

To left-wing progressives, the “strong form” of the thesis that the inevitable progression of demographics meant that Democrats and progressives would prevail regardless of political environments or progressive positioning was catnip. They thought that they could do whatever they wanted on cultural matters without electoral consequences; a “national California” was inevitable. That Judis and Teixeira expressly disclaimed that interpretation mattered not. Trende’s analysis of the “missing white voters” would provide similar catnip to right-of-center populists, despite Trende not intending it to be prescriptive.

In his retrospective on the “emerging Democratic majority” after the 2016 election, Trende outlined how all coalitions, including the one Judis and Teixeira described, live beyond their means:

The major theme of my book is that all party coalitions fall apart because, well, governing is hard and it inevitably forces parties to choose among members of their coalition. More importantly – and this is where I think realignment theory isn’t just wrong but also counterproductive – parties see their wins as a sign that they’ve finally “won” at politics. But this hubristic take is always wrong, and usually destructive. Such hubris destroyed the Republican coalition in 1910 when they thought they had won a mandate to pass the self-serving Payne-Aldrich tariff. It weakened the Democratic coalition in 1937 when FDR believed he had a mandate to pack the Supreme Court and pass the Third New Deal. It destroyed the Republican coalition in 2005 when George W. Bush famously quipped that he had earned political capital and intended to spend it.

I have little doubt that a belief that demographics would save them at the presidential level led Democrats to take a number of steps that they will soon regret, from going nuclear on the filibuster to aggressive uses of executive authority. But one thing deserves special attention. A good deal of e-ink has been spilled describing the ways in which the culturally superior attitudes of the left drove Trumpism. This too, I think, derived from a belief that history had a side and that progressives were on it, combined with a lack of appreciation of just how many culturally traditionalist voters there are in this country.

It would be trite to end the discussion of The Emerging Democratic Majority by dryly noting that Judis and Teixeira are reportedly working on a new book titled Where Have All the Democrats Gone? There was nothing inevitable in 2002 that dictated a coalition that looked somewhat like the coalition outlined in The Emerging Democratic Majority would elect Barack Obama to the presidency in 2008. An Iraq War gone badly and the most severe financial crisis since 1929 had something to do with that. There was nothing inevitable in 2013 that dictated “missing white voters” would power Donald Trump to the presidency in 2016. The fallout from the Syrian Civil War surely propelled international migration to the top of the electorate’s mind. Just about everyone admits Joe Biden’s majority was contingent on the chaos of 2020 and his promise of a return toward a version of Obama-era normalcy.

The next majority is unknowable, and its contours unknown because American political history, like History itself, has no sides.