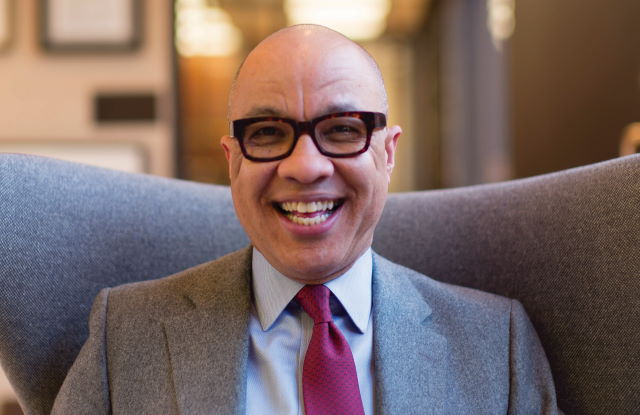 The $1,114,712 that the Ford Foundation paid its president Darren Walker in 2020 was less than half what it paid to its chief investment officer Eric Doppstadt ($2,611,314). Credit: Joi Ito. License: https://bit.ly/3qQKoCw.
by Robert Stilson

Summary: The IRS instructs private foundations to attach a detailed schedule of investments to their annual publicly available Form 990-PF. Some, however, do not include meaningful detail on how their vast endowments are invested. This is arguably a form of philanthropic “dark money,” and it also makes it difficult or impossible for the public to evaluate a given foundation’s investments vis-à-vis its own self-imposed standards or the ideological pronouncements of its grantees.

Big Philanthropy is exceedingly well-heeled. Of the roughly $1.7 trillion that was parked in American nonprofit endowments at the end of 2017, just over $1 trillion was held by private foundations. Since foundations generally must pay out only 5 percent of their assets for charitable purposes each year, most of this money gets invested. Asset management, accordingly, occupies a central role at many large philanthropies.

Foundations disclose executive compensation as part of the publicly available Form 990-PF that they file with the IRS every year. Foundations are also supposed to provide a detailed schedule of their endowment investments. The pertinent section of the agency’s instructions for preparing the Form 990-PF reads as follows:

Lines 10a, b, and c. Investments—government obligations, corporate stock and bonds. Enter the book value (which may be market value) of these investments. Attach a schedule that lists each security held at the end of the year and shows whether the security is listed at cost (including the value recorded at the time of receipt in the case of donated securities) or end-of-year market value. Don’t include amounts shown on line 2. Governmental obligations reported on line 10a are those that mature in 1 year or more. Debt securities of the U.S. Government may be reported as a single total rather than itemized. Obligations of state and municipal governments may also be reported as a lump-sum total. Don’t combine U.S. Government obligations with state and municipal obligations on this schedule.

Clearly, the IRS calls for the detailed itemization of such assets, and instructions dealing with other types of investments are worded similarly. Failure to provide the required level of detail has been identified as among “the most commonly seen errors and omissions” in the preparation of a Form 990-PF. A 2020 article published in Today’s CPA admonishes form preparers to “[r]esist the urge to aggregate [investments] and remember that omitting this detailed schedule results in an incomplete tax return.”

By this standard, some of the largest and most-sophisticated foundations in the country appear to be filing incomplete returns.

In 2020, the Ford Foundation reported holding approximately $1.11 billion in government obligations, $230 million in corporate stock, and $14.8 billion in other investments. The foundation’s required attachments to its Form 990-PF, however, essentially restated these broad categories with little or no elaboration:

Ford is far from the only foundation that files such vague disclosures. In 2019 the $3.1 billion Charles Stewart Mott Foundation simply reported $242,047,181 in “corporate bond funds,” $575,091,326 in “corporate stock,” and $2,184,771,482 in various other broad investment categories like “p’ship—private equity funds” and “hedge funds” and “global equity funds.” The $4.1 billion Kresge Foundation technically itemized its investments in 2020, but did so using incomprehensible accounting codes.

This opacity is especially conspicuous when contrasted with foundations that file very detailed disclosures. The Robert Wood Johnson Foundation itemized all of its investments for its 2020 filings (including over $2 billion worth of Johnson & Johnson stock). The Rockefeller Brothers Fund provided over 25 pages of detailed investment information that year. The Sarah Scaife Foundation’s disclosures from 2019 were similarly extensive. The website FoundationAdvocate has an interesting summary of how investment transparency varies among foundations.

Some foundations formerly provided detailed schedules of their investments, but no longer do so. Ford itemized and partially disclosed its investments in 2017. The Arca Foundation comprehensively listed every investment that it held as recently as 2016 via an auditors’ report attached to its Form 990-PF, but its latest filing included no such attachment and merely referenced general categories like $17,745,253 in “common stock” and $12,087,149 in “mutual funds—equity.” The Benjamin Fund last itemized its investments in 2012. Its 2019 filing simply listed $11,147,473 in “Merrill Lynch equities” and $17,211,017 in “Merrill Lynch mutual funds,” out of a total endowment of approximately $37.3 million.

Observers have commented on this issue before. In 2019, journalist Marc Gunther looked at the filings of 15 of the largest and most prominent private foundations in the United States, and found that eight provided “little or no information about their investments.” In another article from 2018, “Philanthropy’s Dark Money,” Gunther focused primarily on donor-advised funds, but he also noted the lack of investment disclosure at many foundations, remarking that “the rules designed to promote transparency” had “become a joke.”

It’s worth remembering that unlike 501(c)(3) and 501(c)(4) nonprofits, private foundations must make the Schedule B attachment to their Form 990-PF—listing all contributors to the foundation and how much they gave—available for public inspection. This is one reason why foundation grantmaking is generally not considered “dark money” under even the most expansive definition of that term. The identity of contributors and the amount contributed is always public knowledge.

There is a critical wrinkle here, however. Many decades-old foundations no longer derive meaningful revenue from new contributions. Instead, their endowments grow almost entirely by virtue of their investment returns. The Ford Foundation’s net assets increased by over $2.5 billion from its 2019 to 2020 filings despite not reporting a single new contribution, gift, or grant. The Mott Foundation likewise received no new contributions in 2019 (and thus did not file a Schedule B), yet it reaped over $29 million in just dividends and interest from its effectively undisclosed investments.

If the term “dark money” is broadly used to refer to funding sources that cannot be precisely identified, private foundations that don’t provide detailed investment disclosures would seem to fit this definition. This is particularly true considering their failure to do so runs afoul of IRS instructions—a very different situation from a 501(c)(3) or (4) nonprofit that properly keeps donor identities confidential.

In the next installment, the required IRS disclosures can reveal disconnects between a foundation’s investments and its professed mission.