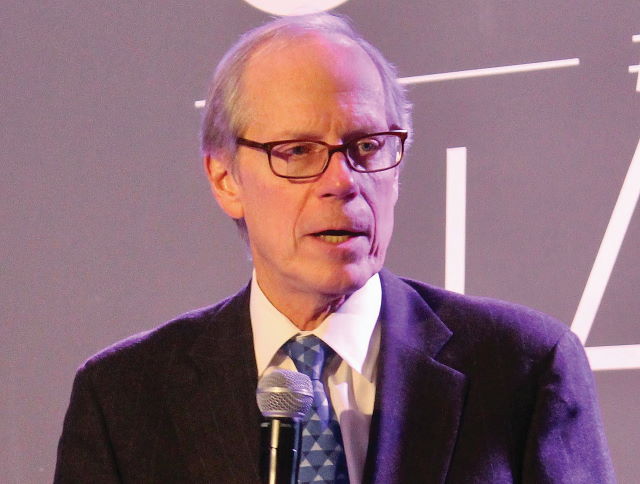 The conceptual rationale for philanthropic divestment from fossil fuels was summed up by Rockefeller Brothers Fund president and CEO Stephen Heintz: “It’s morally contradictory to be a leader in philanthropic efforts to combat climate change and to be continuing to invest in the fossil fuels that are causing it.” Credit: New America. License: https://bit.ly/3IwWRkL.
by Robert Stilson

The point here is not that foundation investments should be politicized. They should not. Foundations should, however, abide by what appear to be unambiguous IRS transparency instructions and be prepared to weather any resultant scrutiny that their investments attract. This is mainly true for those philanthropies that choose to subject their endowments to nonpecuniary ideological standards or that use their endowments to fund sociopolitical activist groups that essentially make that decision for them.

To the extent that investment nondisclosure might be motivated by a given foundation’s apprehension that its investments might not exactly mesh with its grants, that apprehension would be justified. The more politicized philanthropy becomes, the more that politicization will attach to all facets of foundation operations—not just its grantmaking. The proper remedy is not for a foundation to politicize its endowment so that it comports with its grantmaking, but to depoliticize its grantmaking so that it comports with what most Americans would more readily identify with the word “charity.”