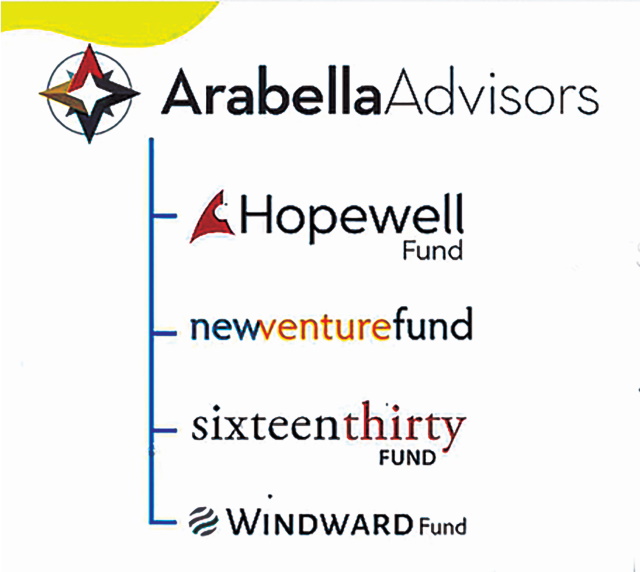 These opaque arrangements and tactics are often entirely legal and for a very good reason. The First Amendment means little if not a full protection for every non-violent form of political speech. There are critical justifications for protecting anonymous speech and donor privacy. The Federalist Papers, the arguments used by Alexander Hamilton and others to support ratification of the U.S. Constitution, were originally signed with pseudonyms rather than the names of the real authors.

However, left-of-center politicians, political groups and educational charities have been the most strident opponents of these important free speech protections. Arabella has also opposed them, despite being a prolific user. Sixteen Thirty hired a lobbyist in 2019 to pressure Congress to pass a law mandating increased donor disclosure for educational and political nonprofits.

Talking one game while frequently playing another opens Arabella up to a charge of hypocrisy.

During the 2018 federal elections, Arabella deployed more than a dozen state-specific political projects to agitate against Republicans who didn’t support left-leaning health care policies. In late July 2018 (still three months before the conclusion of the elections) Politico reported that groups “organized under the Sixteen Thirty Fund have spent $4.6 million on television ads criticizing GOP members of Congress on health care and taxes.” The analysis also revealed that, in addition to being “among the most prolific political advertisers” on television, the “network of secret-money nonprofit groups” had “also been one of the top political advertisers in the country on Facebook.”

The news website tabulated each group’s spending through the end of July 2018 by consulting information collected by the Federal Election Commission and Advertising Analytics. An analysis of these Sixteen Thirty projects by Non Profit Quarterly was headlined “Darker-than-Dark Money Targeting GOP House Candidates.”

Two others were identified as trade names of Sixteen Thirty in the 2018 Sixteen Thirty Fund tax filing: New Jersey for a Better Future and For Our Families (a Virginia-focused project). In keeping with the tactics used for Small Business for America’s Future, at least eight of the websites for these state pop-ups, and the Sixteen Thirty website, do not reveal the financial collusion between them.

An October 2018 report in the New York Times characterized the collection as an “array of affiliate groups around the country, many with vaguely sympathetic names.” The objective was to present the appearance of being independent, local grassroots efforts. Politico interviewed an activist with Ohioans for Economic Opportunity who claimed each affiliate had “complete local control.”

If so, the locals abruptly lost interest as soon as the November 2018 election ended. The website for Ohioans for Economic Opportunity does not appear to have been updated since the voting ended.

Likewise, if the “complete local control” assertion is to be believed, then the local activists in Colorado, Florida, Michigan, New Jersey, North Carolina, Virginia, and New York all seem to have independently yet coincidentally stopped using their websites at the same time. And as of this writing the websites for the other five affiliates in Arizona, Iowa, Nevada, Maine, and California each direct to dead links.

Protect Our Care and Save My Care were also listed as projects (i.e., “trade names” used) on the 2018 IRS report submitted by Sixteen Thirty. According to media accounts regarding the 2018 election, both pop-up groups were used to attack Republicans for failing to support left-leaning healthcare policies such as the Affordable Care Act.

A February 2018 report from the Washington Examiner announced the two groups were coordinating on a “six-figure TV and digital ad buy in seven states” that was “aimed at pressuring Republicans over their attempts to repeal Obamacare.” On May 7, 2018 (still six months before election day), an OpenSecrets analysis of television advertising showed that Save My Care had already spent $2.2 million for nearly 7,000 TV spots in eight states.

In October 2018 the New York Times reported that all of the Sixteen Thirty political front groups put together (including those focused on health care, plus other issues) had spent a total of $30 million during 2017 and 2018 “with the goal of battering Republicans for their health care and economic policies during the midterm elections.”

The Capital Research Center’s InfluenceWatch project found that spending during the 2018 election cycle (2017 and 2018 combined) by the four nonprofits in the Arabella network exceeded $1 billion.

It’s Almost All of Them

Measuring an inventory of the advocacy groups supporting the Affordable Care Act is an exercise in deciding what not to include. A reasonably comprehensive list of major labor unions and advocacy groups on the center-left is often indistinguishable from a list of major ACA supporters. Most of the outliers are those who support Medicare for All or even more severe government control of healthcare dollars.

To whatever extent there ever was noticeable support on the left-of-center for health care reform that put the individual (i.e., patient) in greater control of health care resources, it appears to have ceased to exist since passage of the ACA in 2009.

This article was published in the March/April issue of Capital Research magazine.