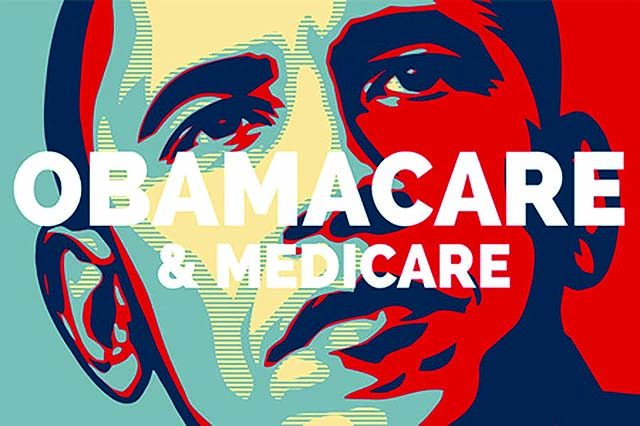 The United States currently spends $11,600 per person each year on health care. Both before and after Obamacare, most of that cash was controlled by big insurance companies and big government. The Affordable Care Act (ACA) didn’t so much change our costly third-party payment system as cram millions more people into it. Credit: Sebastian Vital. License: https://bit.ly/3wlYL5f.
by Ken Braun

On July 19, 2017, at least 155 demonstrators were arrested by U.S. Capitol police for creating a coordinated disturbance at U.S. Senate office buildings. The scofflaw infiltration was in response to planning by lawmakers to repeal and replace the Affordable Care Act (i.e., Obamacare). The Washington Post reported the protesters had hoped to “have more than 500 people occupy offices of 52 Republicans.”

This acrimony occurred because an astounding amount of wealth and power is at stake. The United States currently spends $11,600 per person each year on health care. That adds up to well over $900,000 during the average lifetime of 79 years.

Both before and after Obamacare, most of that cash was controlled by big insurance companies and big government. The Affordable Care Act (ACA) didn’t so much change our costly third-party payment system as cram millions more people into it.

Excluding 64 million Medicare beneficiaries, the federal government alone spends more than $750 billion per year on health care, all of it tax dollars taken from Americans whom the government programs are supposed to help. Even setting aside several hundred million dollars more chipped in by state governments every year for their share of Medicaid spending, just the federal spending on health care comes to more than $2,700 per person each year.

That’s $10,800 in taxpayer health spending every year for every family of four. Who should control that money if not big government and big insurance bureaucrats?

On one side are the advocates of finishing the job and creating a full single-payer “Medicare for All” program in which government controls almost all health spending.

The opposing camp would empower patients with a much larger share of the control over government health dollars. In 2008, GOP presidential nominee Sen. John McCain (R-AZ) proposed dividing up a big chunk of the government health dollars into vouchers (known as a refundable tax credits) of $2,500 per person and $5,000 per family ($3,300 and $6,600 in late 2021 dollars, respectively).

These vouchers would have gone to everyone, providing universal health coverage. But it would have been the opposite of single payer because it would have empowered every adult and family to decide for themselves the level of health coverage to purchase and what to pay for out of pocket. Think of it as “multi-million-payer,” the payment system Americans use for most everything else.

A system biased heavily to patient control over spending has been in place in Singapore for decades. The average resident of Singapore is just as wealthy as an American, but the Singapore citizen spends one-third of what we do on health care to get results as good or better than ours. In 2013 the Brookings Institution issued a report on the Singapore program: Affordable Excellence: The Singapore Healthcare Story. In 2019 Newsweek ranked Singapore General Hospital as the third-best hospital on the planet.

The opposing viewpoint was represented by those 155 lawbreakers arrested in the Capitol Hill office buildings back in 2017. They were a mix of those pushing for Medicare for All and those defending the ACA status quo.

According to the Post: “The demonstrations were to follow a meeting described as a National Town Hall Meeting on Health Care. . . . Organizers included the Center for Popular Democracy, Housing Works, National Nurses United and Health Care for America Now, among others.” Nine days earlier, another incursion into congressional office buildings over the same issue resulted in 80 arrests.

As these incidents showed, the advocacy ecosystem promoting government control over health care resources is vast, well-capitalized . . . and even willing to link up with extralegal measures to get its way. This isn’t surprising because they are fighting over control of 18 percent of the U.S. economy.

In the next installment, a large coalition is pushing for Medicare for All.