Patient Power Is Dead: Big Labor and Medicare for All 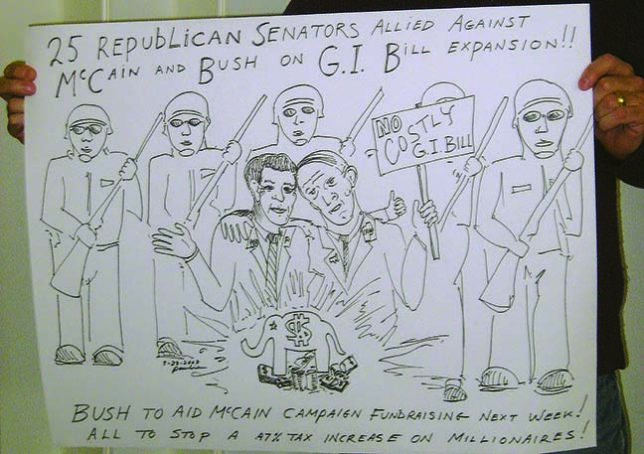 A main policy issue of concern listed on the LIUNA national headquarters website is “Protect and Strengthen Healthcare.” The health care issue page states that the “Affordable Care Act was a first step” and that “LIUNA members support further improvements to our healthcare system, including reducing the age for Medicare eligibility, and other expansions of Medicare.” Credit: AFL-CIO. License: https://bit.ly/367KkXE.
by Ken Braun

Big Labor and Medicare for All

National Nurses United, another of the groups listed in the Washington Post accounts about the 2017 incursion into congressional offices, is a stridently left-wing labor union, which was one of the few to endorse Bernie Sanders for president in 2016. The union is also a strong proponent of Medicare for All. The union’s 2021 annual report to the Department of Labor showed it had more than 156,000 members, collected dues of more than $13.3 million, and spent almost $1.9 million on “political activities and lobbying.”

National Nurses United is just one of many large left-wing labor unions promoting Medicare for All.

The following unions were listed as supporters of Medicare for All in at least one of the news releases from the offices of Sen. Sanders or Rep. Jayapal:

The NEA has a thunderously loud political influence. At least $66 million of its 2021 expenses were clearly reported as “political activities and lobbying.” But this doesn’t include another $117.8 million given out as “contributions, gifts and grants.” These “gifts” were frequently very political. Some of the larger examples include more than $2.4 million for the Committee on States and other projects of the Democracy Alliance, a network of wealthy lefty donors who collectively fund projects to assist the election of Democrats.

However, a July 2019 report from the left-leaning media website ThinkProgress listed AFT as an example of a union that supports single payer “on paper” than “actually married to” it. The AFT president told ThinkProgress the group was “supporting various plans,” including one that—contrary to single payer—would allow private insurance for some patients.

But the SEIU was also listed by ThinkProgress as an “on paper” but not necessarily “married to it” supporter of single payer. An SEIU official said the labor group supported “an array of improvements to the health care system,” rather than just Medicare for All. SEIU affiliates, such as 1199SEIU (discussed below) have historically been very active in promoting the expansion of Medicaid—a key provision of the Affordable Care Act.

In the next installment, many labor unions are also promote taking a more gradual approach of building on Obamacare.