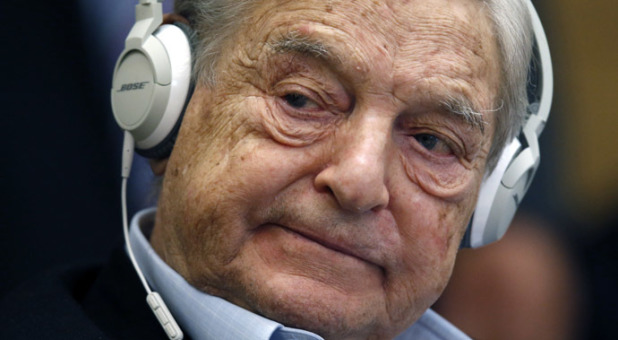 In June 2017, President Donald Trump committed to uphold Article 5 of the North Atlantic Treaty Organization (NATO) during a Rose Garden press conference with Romanian President Klaus Johannis. Trump had declined to make the commitment a month earlier at the NATO Summit. His straightforward answer in response to a question by reporter Ramona Avramescu reassured Europeans who depend on the American taxpayer for their defense.

“In under a minute,” led Buzzfeed, “a modest reporter from Romania managed to do what the leaders of 27 countries and President Donald Trump’s own staff couldn’t.”

But mutual defense in NATO was not the only commitment that the Romanian reporters sought to secure from Trump that day.

But what elected official would not wish well to an ally’s fighting corruption? Or improving its infrastructure, or building better schools?

“We support very strongly Romania,” Trump answered. “And therefore—obviously, we do support that fight.”

But that wasn’t quite strong enough. Another reporter quickly took the microphone and asked Trump if he felt corruption was a problem for the American investor. “We still have corruption despite this anticorruption fight.” Their implication rang all too obvious. Trump should help Johannis get rid of all the corrupt, Romanian politicians if he cares about American investors—that’s just common-sense imperialism.

Johannis obtained from Trump and the American administration total support for the anticorruption fight … The blow to the antireform party in Romania is terrible. Trump destroyed their lie that they were trying to sell as the truth.

While this may seem like odd behavior for journalists, Pantazi and his colleagues were simply asking Trump to continue the policy of his presidential predecessors.

For over a decade in Romania, the United States State Department has coordinated with NGOs funded by George Soros in a pseudo-anticorruption fight that propped up a media, academic, and law enforcement elite, which have run roughshod over democracy, constitutionalism, and human rights.

During the President George W. Bush administration, Romanian President Traian Băsescu placed Soros-funded activists in key positions of his government. Băsescu sought to emulate and curry favor with the Bush administration; meanwhile, his Soros-protégé Minister of Justice Monica Macovei sought to do the same with the European Union.

Although Soros opposed Bush, in a National Public Radio interview in 2005 he said he was “thrilled to see the president embrace the spreading of democracy.” He differed with the president in strategy, not goals.

I’m worried about it because I think he’s going about it the wrong way. It has to be the citizens who are standing up for certain principles, and then I feel good about helping them. That’s a somewhat different approach than … imposing democracy by military means.

But who would oppose promoting democracy? That would be as reactionary and backward-thinking as opposing an anticorruption fight.

Democracy promotion, like colonialism, can provide great benefits—but usually, only to the privileged intelligentsia. Political scientist Joan Roelofs draws attention to the corruption that the practice has created both in Eastern Europe and the West.

Nowhere is aid a bigger business than in the Washington area, home to dozens of development groups that feed off of USAID and compete for contracts. Many of these offices are staffed by retired USAID employees skilled in writing proposals to appeal to their erstwhile government colleagues. Some employ spouses of current USAID officials.

USAID has provided millions of dollars to Soros because he successfully decentralized his operations, developed reliable contacts in the target countries, and achieved his goals better than other philanthropists—even better than USAID itself.

The problem lies in that for Soros, promoting his vision of an open society transcends democracy. As we will continue to see, once his organizations established themselves they actively opposed the right of people to democratically elect leaders if those leaders did not share their—and by extension—Soros’ vision.

For instance, Czech Prime Minister Vaclav Klaus opposed Soros’ creation of a university in Prague because he understood the inevitable, universalist propaganda that would flow out of such an institution. “He believes in the pursuit of self-interest and, accordingly, he finds my concept of an open society—which requires people to make sacrifices for the common good—objectionable,” explained Soros.

In my view, Klaus embodies the worst of the Western democracies, just as the pre-revolutionary Czech regime represented the worst of communism. I am opposed to both extremes.

Striking that fine balance between democracy and communism, Macovei, with President Băsescu’s cooperation, launched a controversial crusade against high-level corruption in Romania, with little regard to constitutional limits, and no regard to checks and balances.

After the Senate impeached Băsescu in 2007, Macovei lost her job. But she left behind newly-created, independent law enforcement agencies—most notably, the National Anticorruption Directorate (DNA), and a new class of magistrates that soon behaved as if they answered directly to Brussels and the American embassy.

When Parliament attempted to check powers that Băsescu’s Cabinet had given law enforcement agencies through emergency ordinances, the U.S. embassy joined NGOs in lobbying Parliament to back down. After Ambassador Nicholas Taubman, a Bush political appointee, harshly criticized a law enforcement bill being debated in the Romanian Parliament, one legislator accused Taubman of nepotism. He noted that Romania’s strict anticorruption laws treat political appointments in themselves as acts of corruption.

It soon became common practice for Romanian magistrates, and even politicians, to tattle on their political opponents to American diplomats. The embassy would carefully stress America’s policy of strict neutrality before releasing veiled statements, affirming support toward its favored policies, and by extension, its pet politicians. Most voters cared little about the opinions of foreign diplomats or foreign-funded non-profits. The statements alerted the EU, however, which held the purse strings.

For example, during Romania’s interim presidency, DNA Chief Prosecutor Daniel Morar paid Ambassador Taubman a visit. The DNA was having difficulty finding evidence against Members of Parliament for corruption. “Now that they know they can be heard, they’re not talking anymore,” he complained. Worse, parliament wanted to place parameters around the agency’s interception operations. Morar made sure to thank the ambassador for the $90,000 in non-wiretapping recording devices that the U.S. Embassy had provided the DNA, and explained why he and Prosecutor General Laura Codruta Kovesi refused to appear before a parliamentary commission on wiretapping. “We are a separate power—the judiciary cannot be questioned by parliament.” He also complained to Taubman that the new Justice Minister planned to remove a DNA deputy prosecutor for perceived poor performance, ignoring that Macovei had replaced prosecutors as if initiating regime change.

He even asked the embassy “to tell politicians openly to follow and respect commitments, and to stress to them that if they establish an agency to fight corruption, let it do its job.”

Taubman offered to help “without interfering in the laws of Romania.” He then released a press statement emphasizing the Embassy’s support for the DNA, which he felt “helped focus the attention of other embassies, as well as the media,” to the issue.

The statement prompted a host of diplomats, reporters, and even an EU Commission delegation to attend the Superior Council of Magistracy’s (CSM) hearing on the deputy prosecutor’s potential removal. When the new Justice Minister expressed lawmakers’ objections to Taubman, including that the U.S. was treating the country like Kosovo, the Embassy claimed that it “was fulfilling its legitimate diplomatic role.”

In a meeting with Taubman, General Prosecutor Laura Codruta Kovesi expressed her concern about Parliamentary amendments to the country’s Criminal Cod, which the interpreter labelled “criminal amendments.” The Embassy later bragged in a wire that with the help of the British Embassy, it managed to pressure Parliament to bend to its will on the Criminal Code issue.

But did the DNA deserve our Embassy’s unquestioned loyalty?

In Part 8 of Soros in Romania, we’ll look at how Romania’s anti-corruption fight—supported by both Soros-funded NGOs and the U.S. State Department—fared against corrupt Russian oligarchs.