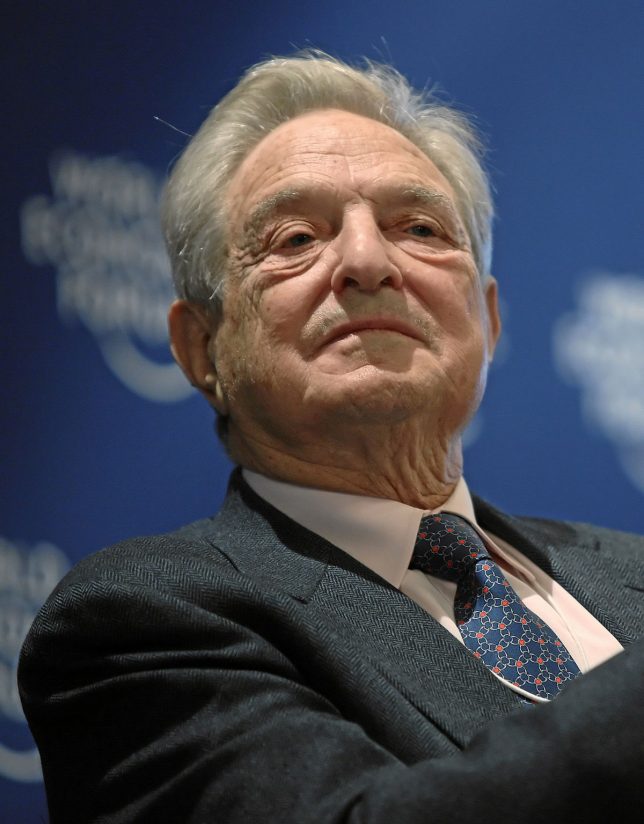 Capital Research Center has exposed liberal billionaire George Soros’ funding of left-wing movements and organizations in the United States, including Occupy Wall Street, Black Lives Matter, and the communist-connected Color of Change. But the billionaire’s goals have always been bigger than one country. In fact, in 2017, the U.S. only received 15 percent of his Open Society Foundations’ (OSF) dedicated funding—the rest went to foreign countries and global projects.

Soros has given particular focus to exporting political unrest to the former communist countries of Eastern Europe, including his native Hungary. In fewer than 25 years, OSF has poured $1.6 billion into the region for “democratic development.”

But why would the organization spend such a sum on countries that are already democratic?

Soros’ motto, “If I spend enough, I will make it right,” provides an answer, as well as insight into his philanthropic activity, almost all of which entails political—not humanitarian—ends.

During the 2016 U.S. presidential election, Soros spent at least $25 million supporting Hilary Clinton and other Democratic candidates. But when all that spending didn’t “make it [the election] right,” Soros declared in an op-ed, “Democracy is now in crisis.”

Apparently, Soros’ definition of democracy means people electing only candidates of whom he approves.

In the op-ed, Soros lamented that the U.S. under President Donald Trump will become so embroiled in internal fighting and trying to protect its own minorities from violent attacks that “it will be unable to… promote democracy in the rest of the world.”

For Soros, however, democracy abroad—as in the U.S.—isn’t free if it doesn’t follow his ideology.

The U.S. State Department often teamed up with Soros and OSF to “promote democracy” in Eastern European countries. This often consisted of targeting nationalist governments by infusing socially liberal propaganda through NGOs and Western-sponsored media—often going so far as to influence those countries’ elections.

One example is the U.S. Agency for International Development (USAID)’s reported meddling in Macedonia’s elections in 2016. According to USAID’s website, between February 27, 2012 and August 31, 2016, the agency gave $4,819,125 to Open Society Foundations – Macedonia. In April, the conservative watchdog group Judicial Watch filed a lawsuit against the State Department and USAID, for failing to respond to a Freedom of Information Act (FOIA) request for records and communications dealing with the funding and political activities of OSF’s Macedonian arm. Judicial Watch reported that with the help of then-President Barack Obama’s U.S. Ambassador to Macedonia, Jess L. Baily, the U.S. government spent “millions of taxpayer dollars to destabilize the democratically elected, center-right government in Macedonia by colluding” with Soros.

One NGO funded by the USAID-Soros alliance paid for the translation into Macedonian of far-left activist Saul Alinsky’s Rules for Radicals, which CRC Vice President Matthew Vadum calls “the seminal book for community organizers.” A Macedonian government official even referred to the American-funded activists as the “Soros infantry.”

In a 2006 Organization Trends detailing leftist NGOs’ influence in Romania, Neil Maghami observed that “in a sense NGOs are filling a power vacuum left by the collapse of the Soviet Union.” Many of these NGOs are funded by Western philanthropists like Soros, “whose dreams of leftist solidarity … die hard,” work to thwart investment from Western capitalists, while infusing their host countries with liberal social values.

The West has cause to celebrate the 28th anniversary of the end of communism in Eastern Europe. Western investors, business people, and consumers enjoy increased living standards in no small part because Eastern Europe embraced economic freedom. But while many Westerners took advantage of the economic opportunities that the economic opening brought, others, including Soros, saw an opportunity to wield enormous political influence in the region.

In the next installment of “George Soros’ Romanian Ghosts,” we’ll look specifically at how Soros has infiltrated Romania since the fall of communism and how OSF’s progeny dominates much of the political discourse in that country.