The role of the Obama State Department in Romania's Impeachment Vote 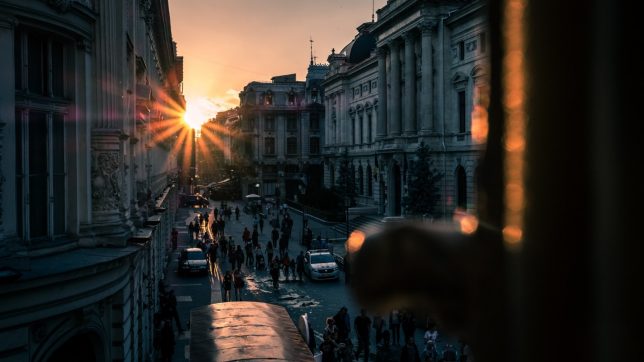 In Part 5 of “George Soros’ Romanian Ghosts” we introduced the National Integrity Agency (ANI), which forced all government officials and their family members to declare their personal assets. When the Romanian Constitutional Court struck down certain provisions of the law in 2010, the Romanian Senate debated new legislation to remedy it. American Ambassador Mark Gitenstein, nominated by then-President Barack Obama, publicly pressured the Senate to accept President Traian Băsescu’s position on the bill.

In a similar vein, in 2011 both Gitenstein and Assistant Attorney General for the Criminal Division of the U.S. Department of Justice Lanny Breuer, criticized Romania’s Superior Council of Magistracy (CSM) for launching an investigation into DNA Chief Prosecutor Daniel Morar. The CSM’s action stemmed from Morar’s overstepping his position by harshly criticizing the Romanian Supreme Court’s decisions on television. Gitenstein and Breuer’s public defense of Morar stemmed from little more than that they knew him as a nice guy, they thought he had done a great job, and he shared their values.

Gitenstein also urged Băsescu to extend the terms of both Morar and General Prosecutor Laura Codruta Kovesi. Gitenstein claimed he didn’t know the rules too well but urged that the two be reappointed, even if Romania needed to change its laws to do so. Băsescu had already extended their terms once, and Romanian law limited both to two terms.

The Romanian president did the best he could. He moved Kovesi over to Morar’s position. During an interview, Gitenstein expressed plans to urge the Minister of Justice to propose moving Morar, or someone like him, into Kovesi’s position.

The American ambassador, or other ambassadors, have every right to make these kind of comments, because the USA—the State Department—has financed DIICOT, as well as the DNA, in other words the specialized agencies on organized crime and corruption. Of course, they’re interested in what happens to their investment, as far as efficiency.

Gitenstein, for his part, said that he spoke “sporadically” with Macovei, and consulted with her on the Romanian justice system: “I respect her opinions a lot, and so does the U.S. government. She visited the United States, both during her term as Minister of Justice, and afterward, and she’s very respected in the U.S.”

Meddling in Foreign Elections? Isn’t That What Russia Does?

The website Wikileaks revealed that another individual with whom Gitenstein spoke sporadically was John Podesta, the founder of liberal think tank Center for American Progress (CAP). Gitenstein forwarded Podesta information about a venture capitalist who was “very interested in building a nonpartisan cap kind of org here built around reform of the state.”

On July 25, 2012, a few days before Romanians went to the polls to vote for Băsescu’s impeachment (round two), an Embassy official alerted Gitenstein to an article that Podesta and Matt Browne had written for CAP entitled “Protecting Romanian Democracy: The Current Political Crisis is not about a Return to Tyranny.”

The Washington Post and other international commentators, among them The Economist, have been quick to blame Romania’s new Prime Minister Victor Ponta for the country’s current political crisis, which led to the impeachment of Romanian President Traian Băsescu. Yet claims that Prime Minister Ponta has undermined democracy and threatened the nation’s economic stability are not simply mistaken, they are also willfully misleading.

Podesta and Browne claimed a closer examination of Băsescu’s record suggesting that Ponta was “defending democracy, not subverting it.” They praised Ponta for his “social and economic reforms” which would attract investment and spur growth while raising public sector salaries and pensions. They noted its popularity in the success of Ponta’s Social Liberal Union coalition victory.

Public opinion polls show that 80 percent of the people oppose President Băsescu. Yet in its opinion on the impeachment, the Court threw him a lifeline. Parliament had hoped to revise one of President Băsescu’s laws, which mandated that in popular referendums an absolute majority of eligible voters must support the impeachment for it to be valid. Instead, parliament argued, a simple majority of those voting should suffice. Here, the Court ruled against the parliament. President Băsescu’s future will now be determined by the size of voter turnout.

We hope and suspect that the will and interests of the Romanian people will triumph.

Ambassador Gitenstein was not impressed.

“John: this is very unhelpful,” he wrote, noting that it ran “directly contrary” to the U.S. Government’s position, approved by the State Department (“S”), Office of the Vice President (OVP), and the National Security Council (NSC). “Why wouldn’t u talk w/ me before doing this!!??”

Gitenstein’s email indicates that the Obama era U.S. government, all the way up to Vice President Joe Biden, had staked a pro-Băsescu policy toward Romania.

Had the U.S. not supported the [Romanian anti-corruption organization]—the authorities, and the civil society forces supporting them would have been inferior to the oligarchs. And so, the Romanian fight for the rule of law would have nearly failed due to ignorance and party thinking of European elites.

Whether the 2012 Romanian impeachment referendum presented Romanian voters with a choice between bureaucratic elites and corrupt, domestic oligarchs is debatable. That the Obama administration’s State Department undiplomatically—and arguably illegally—took sides in a foreign country’s internal vote on impeachment affairs is not.

Băsescu initially told his supporters to vote against what he called the “coup d’état” against him. With polls showing an inevitable thrashing, he soon changed his tune right before the referendum, citing concerns of possible voter fraud. Even if those who voted against him did not reach the 50 percent threshold, an electoral rejection would almost certainly damage his international credibility. In the end, 87.5 percent voted to impeach him, but the 46.2 percent voter turnout allowed him to remain in office.