Liberal billionaire George Soros has a plan to spread his brand of “democracy” to the countries of Eastern Europe. But is it really democratic? 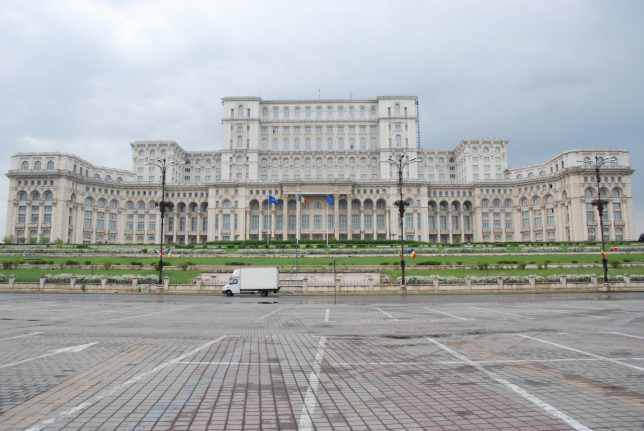 George Soros’ campaign to promote his vision of “open society” democracy picked up speed in the mid-2000s.

In 2004, Romanian President Traian Băsescu picked Macovei to serve as his government’s Justice Minister.  He also picked Soros Foundation Council president Renate Weber to serve as his constitutional and legislative adviser. Macovei and Weber were so well-connected with one another through Soros-related NGOs that they even rode together to their first day of work in the Romanian capital.

Corruption and the European Union

For the new Romanian government, preparing to enter the European Union (EU) proved to be the most pressing challenge.

Soros’ Open Society Foundations (OSF) played a key part in bringing post-Soviet states into the EU. The OSF delegated itself the task of helping candidate countries and the EU assess accession readiness by publishing reports in areas within governments and cultures that they found problematic.

In July 2002, the Romanian magazine Dilema named one of its weekly editions “Trust in Justice,” publishing polls by the Soros Foundation (among others) that claimed that 90 percent of Romanians believed corruption had either increased or remained the same since the previous election. This helped spur the governing party to create the independent National Anti-Corruption Office (PNA).

Dilema‘s founder, Andrei Pleșu, was a Soros-connected philosopher, and later an adviser to President Băsescu. Pleșu helped to organize the Group for Social Dialogue (GDS), which we introduced in Part 2. In 1990, Soros met with GDS through Hungarian-Romanian contact Salat Levente and presented an offer they couldn’t refuse: he’d gift the group one million dollars with which to build a favorable NGO network in Romania.

But “not realizing the importance of resources for the success of ideas,” writes another GDS founder, the group turned down the offer to maintain an aura of independence. One of its ranking members, Alin Teodorescu, however, remained in contact with Soros, and helped him set up his Soros Foundation later that year. Teodorescu even served as the Foundation’s first president.

The EU Commission’s 2002 Report—which came out four months after the Dilema issue—identified corruption as the primary problem preventing the organization from admitting Romania to the EU. The report noted that “independent observers” concluded, “there had been no noticeable reduction of corruption during the reporting period.” It pointed to just 343 persons convicted of corruption in 2001—fewer than in 1999.

These supposedly “independent” observers did not seem to consider that there may have been less corruption in 2001 than in 1999.

In 2004, to show that it was making progress, the Romanian government lowered the financial threshold for graft investigation. The EU Commission’s report that year praised the effort but argued that it would likely lead the PNA to focus on petty crime, noting that it had so far only led to 86 prison convictions—most of them minor.

“The PNA should ensure that it remains focused on its core mandate of investigating high-level corruption,” scolded the report—it needed to fry some big fish.

Macovei, meanwhile, stood more than ready to oblige; but early in her mandate, she hit a roadblock. The Romanian Constitutional Court ruled that, because the PNA fell under the Ministry of Justice, it could not investigate members of the Romanian parliament because of their legislative immunity.

Romania’s pre-Soviet, 19th-century constitution was modeled on the Belgian constitution and provided Western-style limited legal protections for members of the parliament. After it achieved independence after the collapse of the Soviet Union in 1991, Romania’s new constitution extended complete immunity to members of parliament, even from criminal investigation. (The country eventually amended this problematic clause in 2003, allowing Members of Parliament to be investigated or sued for non-speech-related issues—however, only through the General Prosecutor’s Office attached to its supreme court.)

To solve the immunity problem and move forward with his corruption investigation, Băsescu placed the PNA under the control of the General Prosecutor’s Office…without giving the General Prosecutor’s Office complete control. Macovei, who had continually criticized the PNA, then awarded Freedom House—another Soros-funded NGO—roughly 40,000 Euros to conduct an audit of the agency.

Unsurprisingly, her Freedom House friends found the PNA to be underperforming. The administration then turned the PNA into the National Anticorruption Directorate (DNA), and Macovei’s Ministry of Justice—rather than the Superior Council of Magistracy (CSM)—assumed responsibility over both the General Prosecutor and the DNA’s Chief Prosecutor.

As a result, the media and NGOs in Romania managed to successfully smear legislators who objected to the new anti-corruption agency on civil liberty grounds. Macovei removed the unfriendly PNA director and prosecutors and replaced them with cronies loyal to her and to the new administration.

With Macovei at the helm of justice, high-profile indictments increased substantially.

In the sixth installment of Soros in Romania, we explore how diplomacy paved the way for Soros to make inroads in Romanian politics.