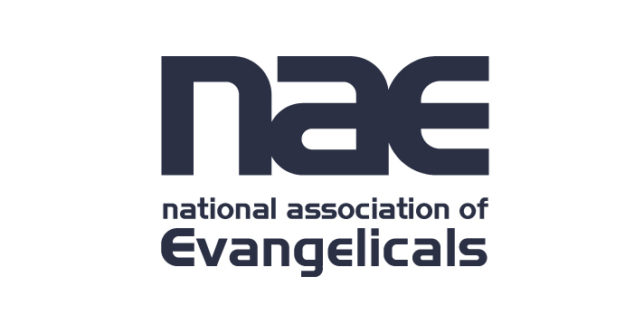 Redefining Pro-Life for the War on Coal

In 2010, the EEN and National Association of Evangelicals—now thoroughly infiltrated by creation care activists such as NAE vice president Richard Cizik—held the first National Day of Prayer for Creation Care to focus on the “impacts of mercury on the unborn . . . released by coal-burning power plants.”

While it’s true that mercury poisoning is particularly dangerous for fetuses, it’s disingenuous to ascribe such risks to power plants. Mercury is naturally released by volcanoes and wildfires in vastly greater quantities than from burning coal—less than 5 percent of the mercury found in our air comes from power plants—yet even then it poses little risk to the population, in the womb or otherwise. Blaming coal for theoretical public health risks is an old tactic from the eco-Left’s war on coal, propagated for political, not medical or scientific, reasons.

Nevertheless, this argument became the centerpiece in the creation care movement’s latest campaign: Mercury and the Unborn, which used Americans’ fear of mercury poisoning to frame anti-coal regulation as “pro-life.” At stake was a set of new EPA regulations designed to destroy coal-burning power plants by severely limiting their permissible mercury emissions.

It also marked a radical evolution in the creation care strategy: redefining “pro-life” to mean something other than the conviction that life begins at conception, the only meaning that term has ever had since it was coined by anti-abortion activists in the 1970s. In time, creation care activists would come to use “pro-life” to mean practically anything but that conviction.

The EEN continues to lobby for mercury restrictions. In December 2018, EEN president Mitch Hescox co-signed a letter urging the Trump administration not to roll back the EPA’s Mercury Rule, created by the Obama administration in 2012. “Opponents of restrictions on mercury pollution argue that the cost of cleaning up our air is too high,” the letter asserts, dishonestly sidestepping genuine arguments against the Left’s ideological war on coal.

For all its vaunted success and name recognition, creation care failed to accomplish its basic goal: rebranding global warming as moderate. In 2010, the rapid rise of the conservative Tea Party swept a new Republican majority into the House of Representatives. The Republican majority was deeply opposed to past capitulation on environmental issues. Most illustrative of this revolution was embarrassing defeat of longtime South Carolina Rep. Bob Inglis by upstart Trey Gowdy—largely over Inglis’s support for global warming policies.

The wave didn’t stop in Congress, either. An October 2010 Pew Research Center poll found that Republican support for federal subsidies of renewables research dropped by a staggering 20 points from 2008, opening a 40 point gap between Republicans and Democrats on belief that human activities were dangerously warming up the Earth.

President Obama was narrowly reelected in 2012, but he lost ground (6 points) among Evangelicals. In early 2015 he unveiled the Clean Power Plan, a 460-page regulatory behemoth meant to bypass Congress’s failure to pass his original climate change plan in 2009–2010. The plan would “fight” global warming by cutting carbon dioxide emissions by 32 percent by 2030, although the EPA’s own model predicted that it would only reduce global temperatures by less than 0.02 of a degree and lower sea levels by 0.01 of an inch by the end of the century. The gains would have been minimal at an enormous cost. Obama’s plan would have raised household electricity prices by 250 percent—something Obama himself made plain on the campaign trail when he said that under his plan “electricity rates would necessarily skyrocket.”

But the Clean Power Plan was the last big push on global warming legislation in Obama’s second term, but compared with the Left’s gains in the 1990s and early 2000s, it was paltry and short-lived. President Trump rescinded the Clean Power Plan in his first year in office. The creation care movement—and environmentalism in general—was losing steam.

Even though the Evangelical Environmental Network had invested years in their relationship with the [National Association of Evangelicals], it turned out that Creation Care did not have deep enough support within the member institutions of the NAE to weather public criticism.

That’s the assessment of a 2015 autopsy report of the first creation care crusade by New America (formerly the New America Foundation), a liberal think tank in Washington, DC. The rise of EEN, the NRPE, and their allies caught climate skeptics off guard, but by the late 1990s advocates in the conservative movement and Evangelical camp had organized around opposition to creation care and its political and theological threats.

These included the Interfaith Steward Alliance (now the Cornwall Alliance for Stewardship of Creation), a coalition of climate skeptics headed by Beisner; the Acton Institute, a think tank that specializes in faith and free market economics; and the Interfaith Council for Environmental Stewardship, a network founded by Acton Institute founder Robert Sirico. In 2000, these organizations released their own statement, the Cornwall Declaration on Environmental Stewardship, signed by some 1,500 prominent Protestants, Catholics, Jews, and experts in climate science, environmental law, and economics.

The Cornwall Declaration balances the “advancement of a sound environmental ethic” and the “moral necessity of ecological stewardship” with a decent respect to the “liberty, science, and technology” that offer an opportunity “to build on [past] advances and to extend them to more of the earth’s people.” It recognizes that humans are at times “polluters” as well as “producers and stewards,” but rejects the “romanticism [that] leads some to deify nature or oppose human dominion over creation” along with exaggerated claims about “global warming, overpopulation, and rampant species loss.”

Beisner’s coalition followed its declaration in January 2006 with a letter calling on the NAE to decline taking a position on climate change, intended to coincide with the release of the Evangelical Climate Initiative the following month. It worked; NAE vice president Richard Cizik, a major creation care advocate, withdrew his signature from the document.

In 2007, a public letter from Christian leaders including James Dobson of Focus on the Family and Tony Perkins of the Family Research Council urged the NAE board of directors to censure Cizik and demand his resignation. The board declined, but New America noted the “chilling effect” it had on the group’s ability to recruit for future documents. Cizik resigned the following year after revealing his newfound support for same-sex civil unions in an interview with National Public Radio.

These efforts were bolstered by support from the center-right Heritage Foundation, which launched Resisting the Green Dragon, a joint project with the Cornwall Alliance and the center-right think tank Committee for a Constructive Tomorrow. The Tea Party victory in the 2010 midterm elections cemented this pushback and halted the slide leftward, a blow from which the creation care crowd has never recovered.

In the next installment of “Creation Care,” watch “pro-life” expand to include the war on coal.