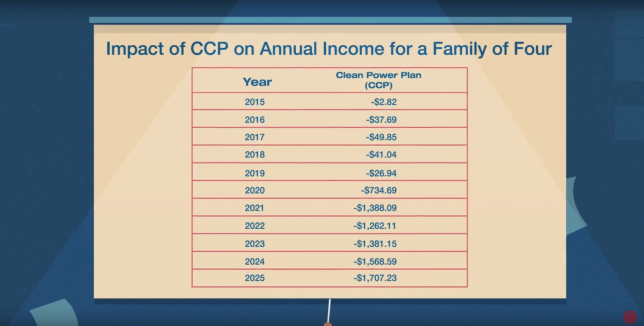 On October 10th, 2017, Environmental Protection Agency Administrator Scott Pruitt announced the repeal of the Obama administration’s so-called Clean Power Plan. The plan was projected to hike electricity costs by more than 250 percent – an effect Barack Obama made clear when he was running for president in 2008. But when congressional Democrats refused to pass the plan, the administration came up with 450 pages of regulations to fight global warming, creating the so-called “Clean Power Plan.”

Many hailed the plan as a milestone for the environment, but according to the EPA’s own estimates, the benefits were minimal – while the costs to families were very real.