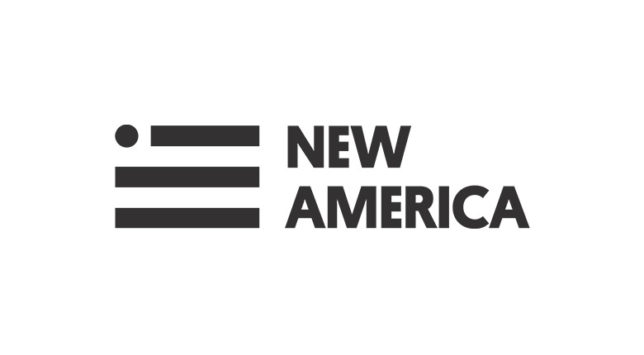 Creation care has been locked in a kind of stasis for most of the past decade, but there are reasons to believe activists haven’t given up. In fact, they’ve launched a second (albeit smaller) creation care crusade, continuing the goal of redefining “pro-life.”

If that sounds familiar, it’s because Creation Care 2.0 is an update of the old agenda with a more sophisticated strategy. The campaign is headed by New America, a nominally centrist think tank run by a multitude of Obama administration alumni critical of Trump and Republicans. It was founded in 1999 by Ted Halstead, an environmental activist who now runs the Climate Leadership Council, a major eco-Right group and carbon tax supporter.

Between 1999 and 2018, New America received over $170 million in grants—many of them six- and seven-figure—from liberal behemoths such as George Soros’s Open Society Foundations, the Ford Foundation, and the Hewlett Foundation. Soros alone donated roughly $7.7 million to New America during that period.

New America’s 2015 autopsy report (“Spreading the Gospel of Climate Change”) was authored by Lydia Bean, a Democrat candidate for the Texas state legislature and founder of Faith in Texas, a left-wing get-out-the-vote operation; and Steve Teles, a political science professor at Johns Hopkins University and a fellow at the eco-Right group Niskanen Center.

The report’s goal is blatantly partisan, advising leftists on how to use climate change to form a “solid beachhead” within Evangelicalism to drive a wedge between them and the Republican Party. In an online panel held shortly after the report’s release, the authors explained the varying deceptions at the heart of the old bipartisan model:

You can put your resources into a 20-year campaign to change public opinion, and what both Lydia [Bean] and Jerry [Taylor, president of the Niskanen Center] are saying is that ultimately that doesn’t really matter.

You can rely on the traditional bipartisan coalition-building method which entails getting the great and the good together and then doing a sort of “rent-an-Evangelical”—as we used to call it on the national security side, “rent-a-general”—model.

Or you can pursue a purely partisan [model]: we’re going to pick a side, we’re going to decide Republicans are never going to be serious about climate change, and we’re going to fund the heck out of Democrats until, you know, they take back the House [of Representatives], which might be a 40- or 50-year project.

And then there’s the transpartisan [model]: we’re going to collect strange bedfellows, we’re going to sort of sneakily break down both coalitions from inside [emphasis added].

There’s some weight to this theory. The prohibitionists who successfully banned the production and sale of alcohol in 1919 were largely made up of social-engineering Progressives from the Left and Christian teetotalers from the Right. They had nothing else in common politically, and they aggressively vetted every candidate for public office across the country on just one issue: his support for Prohibition. Support for Prohibition was never especially widespread, but this kind of concentrated advocacy campaign targeting the “soft spots” in American politics resulted in ratification of the 18th Amendment to the Constitution—and if you think the Left hasn’t learned a lesson from that success, guess again.

Creation care never generated widespread sympathy from Evangelicals, the argument goes, because global warming was always seen as a liberal issue that conservatives couldn’t get behind without undermining their political position. Just as importantly, the first campaign leaned too heavily on “elites” and didn’t generate grassroots support from the congregations themselves. Most Christians didn’t buy what creation care advocates were selling, particularly if it carried a policy objective. And few local pastors were interested in preaching their message.

So the new strategy doesn’t try to make global warming centrist, but biblical—and conservatives would have no choice but to support it.

Besides decoupling creation care from policy objectives—a deception, since the entire point of creation care is global warming legislation—it’s hard to say what that means in practice, since the report suggests that, to succeed, creation care needs to become even fuzzier and more obscure about its intentions. In the five years since the New America report was published, the creation care campaign has made little noise compared with the giant strides its predecessor made over the same period.

In the next installment of “Creation Care,” assess the second creation care crusade’s efforts to make global warming biblical.