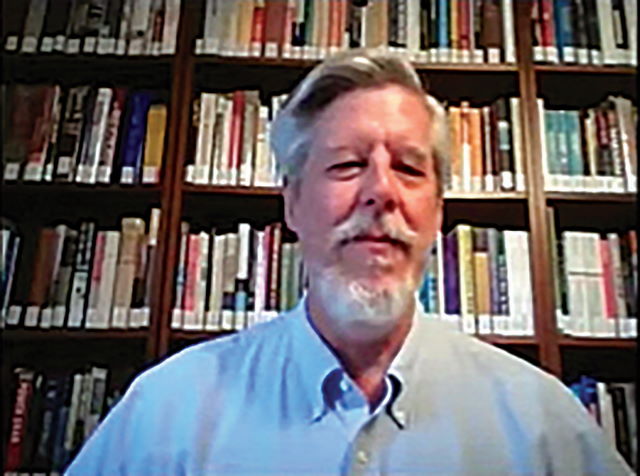 By the late 1990s advocates in the conservative movement and Evangelical camp had organized around opposition to creation care and its political and theological threats. These included the Interfaith Steward Alliance (now the Cornwall Alliance for Stewardship of Creation), a coalition of climate skeptics headed by E. Calvin Beisner. Credit: Answers in Genesis. License: https://bit.ly/2IFc75q.
by Hayden Ludwig

The first creation care crusade had one major objective: rebrand global warming—widely perceived as a liberal issue—as “moderate.” If the campaign succeeded, creation care would create a huge, bipartisan coalition of Christians and center-left environmentalists (who would presumably see through the rebranding) eager for climate change action. If it was wildly successful, it would break Evangelicals off from the Republican Party—perhaps permanently. The stakes couldn’t be higher.

According to Beisner, in 1994 the NRPE began distributing Let the Earth Be Glad: A Starter Kit for Churches to Care for God’s Creation. Some 52,000 congregations (30,000 Evangelical) received copies. By 1999 that figure had doubled to over 100,000 congregations and the NRPE soon announced a 10-year, $16 million campaign to advance “green” preaching in America’s pulpits. That same year EEN helped the left-leaning National Council of Churches launch an enormous letter-writing campaign to pressure the U.S. Senate to ratify the Kyoto Protocol on global warming.

In 2002, this was followed by EEN’s What Would Jesus Drive? (WWJD) campaign, meant to curb carbon dioxide emissions by spurring Christians to buy low-emission vehicles. WWJD targeted states in the Bible Belt with promotion by Fenton Communications, a major left-wing public relations firm that has aided ultra-liberal groups lobby for issues such as gay marriage and minimum wage increases. Creation care also crept into Christianity Today, the magazine founded by Billy Graham and a bastion of conservative Protestantism, with Christianity Today joining the NRPE and the EEN in a “special covenant” to support creation care.

In 2006, with support from the National Association of Evangelicals—a traditional group targeted for infiltration—EEN launched the Evangelical Climate Initiative (ECI), which hosts a separate website but is an EEN front. (ECI even received a $500,000 startup grant from the Clinton Foundation’s Clinton Global Initiative.) ECI was accompanied by a new, more aggressive manifesto “Climate Change: An Evangelical Call to Action.” It was launched in February 2006 with a breakfast and conference at the National Press Club in Washington, DC, sponsored by Sens. John McCain (R-AZ) and Joe Lieberman (D-CT).

ECI was the creation care movement’s grand offensive, meant to mobilize the army of supporters the EEN, NAE, and NRPE had cultivated for over a decade. Compared with the more milquetoast Evangelical Declaration, the Evangelical Call to Action dives headfirst into the deep end of global warming activism with the announcement that “human-induced climate change is real.”

“As evangelicals we have hesitated to speak on this issue until we could be more certain of the science of climate change, but the signatories now believe that the evidence demands action,” the document gingerly states before reaching full melodrama: “Millions of people could die in this century because of climate change, most of them our poorest global neighbors.”

The signatories themselves may have once waffled on the environment, but “love of God, love of neighbor, and the demands of stewardship” leave no room for other Christians to waver. Their “basic task” is “now to begin to reduce the [world’s] carbon dioxide emissions from the burning of fossil fuels,” starting by urging Congress to “pass and implement national legislation” to enact a “cap-and-trade program.”

This was cheap eco-fearmongering at its worst, advocacy deceptively masquerading as a message from Scripture. Most shameful was that the signatories used their influence to pressure Christians into swallowing demands they might otherwise reject absent the shiny spiritual packaging.

And it was all done in support of cap and trade, a program that was and remains profoundly unpopular. Such a program was at the center of Democrats’ 2009 climate plan but proved so unpopular and politically risky that even the new Democratic majority soon dropped the program, declaring it “dead.”

Cap-and-trade programs are meant to “cap” the annual amount of greenhouse gases companies are permitted to emit. Producers can then trade a limited number of emissions permits in an auction to emit more without being fined, but the cap and total number of permits shrink each year, making greenhouse gas emissions increasingly more expensive and thus making it more economical to cut emissions. Cap and trade is supposed to be a “market-friendly” alternative to other command-and-control climate policies, but it’s entirely artificial and very expensive.

In 2019, California’s cap-and-trade system amounted to a $600 million tax on producers in the form of emission auction revenues, which is passed along to consumers. California’s nonpartisan Legislative Analyst’s Office estimates that cap and trade will raise gas prices by 15–63 cents per gallon by 2021 in a state where retail electricity prices are already 53 percent higher than the national average.

Creation Care In the Oval Office

In 2007, the NRPE released “God’s Climate Embraces Us All,” a document which doubled down on efforts to tie global warming to poverty and label climate change the ultimate moral issue facing modern Christianity: “[Deep religious values] are the reasons why care for God’s creation is becoming the most compelling new cause in religious life and why global climate change is the issue that is most moving people of faith to act.”

It coincided with a landmark report by the U.N. Intergovernmental Panel on Climate Change, which concluded that there is 90 percent certainty that burning “fossil fuels” contributes to climate change. And in June, President George W. Bush announced that his administration was in “deadly earnest” that the U.S. “will be actively involved—if not taking the lead—in a post-Kyoto framework.”

In March 2008, a group of prominent Southern Baptists led by seminary student Jonathan Merritt released “A Southern Baptist Declaration on the Environment and Climate Change” announcing, among other things, that “it is prudent [for Christians] to address global climate change,” even if it’s an issue where “Christians may find themselves in justified disagreement.” The importance of the declaration itself was less about what it said than who said it. Merritt is the son of a former president of the Southern Baptist Convention, the largest Protestant denomination in the country and a pillar of conservative Evangelicalism. 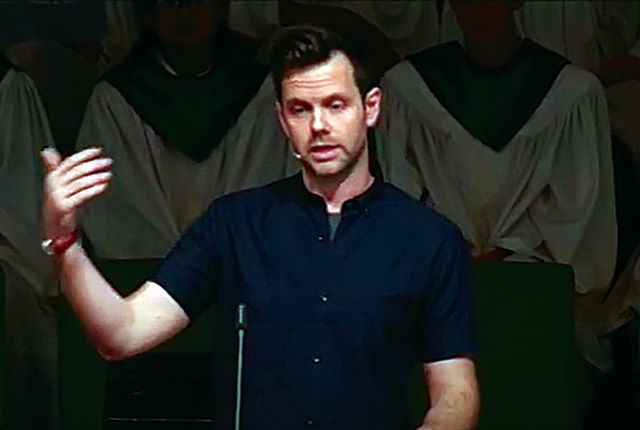 Jonathan Merritt is the son of a former president of the Southern Baptist Convention, the largest Protestant denomination in the country and a pillar of conservative Evangelicalism. Credit: WilshireBaptist. License: https://bit.ly/35q6scC.

Although the Southern Baptist Convention itself didn’t authorize the declaration, the declaration strengthened the image that increasing momentum was driving the “greens” forward as more Republican politicians and Christians took up the creation care cause. In June 2008, Republican presidential nominee John McCain reaffirmed his belief in a robust cap and trade system, stating that America should join “with every other nation in the world to try to reduce greenhouse gases.” In November, Democrat Barack Obama—who made the climate central to his platform—increased his share of Evangelical voters by 5 points from John Kerry’s in 2004 (although a majority still flocked to McCain), doubling his support among white Evangelicals between 18 and 44.

In 2009–2010, EEN was reportedly key in shepherding the new Democratic majority’s cap and trade bill (Waxman-Markey) through the House of Representatives (it failed in the Senate). The NRPE grew close to the Obama administration, meeting with “Environmental Protection agency, Council on Environmental Quality, the State Department, the Office of Faith-Based and Neighborhood Partnerships, the Treasury Department, and senior White House officials.”

In the next installment of “Creation Care,” note the first creation care crusade to rebrand global warming as “moderate.”