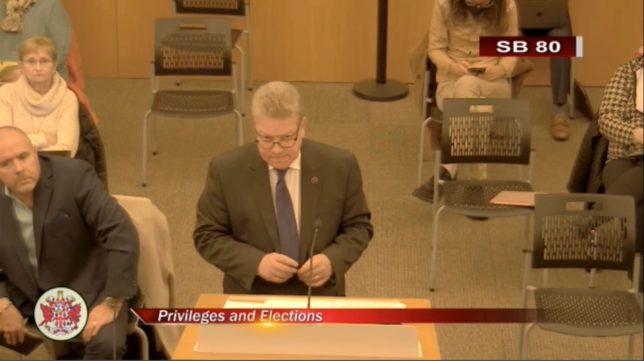 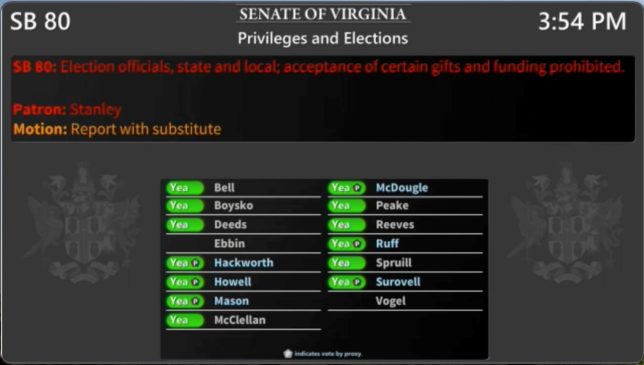 In 2020, billionaire Mark Zuckerberg donated over $328 million to the Center for Technology and Civic Life (CTCL), which was repackaged as grants to thousands of county elections offices as COVID-19 “relief funds.” CTCL boldly claims that its private funds made 2020 “the most secure election in U.S. history.” In reality, Zuck bucks quite likely tipped the balance in enough battleground states to put Joe Biden in the White House.

Over the past 14 months we’ve traced CTCL’s rivers of cash to battleground states such as Georgia ($45 million), Texas ($39 million), and Pennsylvania ($25 million). Across the board CTCL grants favored big, Democratic cities on a per capita basis. In Georgia, for example, Zuck Bucks averaged $1.41 per head in Trump counties and a whopping $5.33 in Biden counties.

A quarter of Virginia’s population lives in the counties bordering Washington, DC, so one would expect to fund the majority of the $3.7 million CTCL granted to the Old Dominion flowing there. But broken down per capita, counties that Trump won received just $0.66 per person from CTCL, whereas Biden counties received $1.11.

CRC’s cutting-edge reporting was central to the Wall Street Journal’s January 18 editorial “Zuckerbucks Shouldn’t Pay for Elections.” “This isn’t how elections should be run,” the WSJ Editorial Board concluded, “especially in the current era of partisan mistrust.” We couldn’t agree more.

Scott Walter was invited to testify before the committee by SB 80’s sponsor, Sen. William Stanley (R). Walter has testified on the role of Zuck Bucks in the 2020 election before the Arizona, Pennsylvania, and Georgia state legislatures.

His complete written remarks are below and in a PDF.

For answers to several questions about CTCL and its grants raised during yesterday’s hearing of the Virginia Senate, see here.

Written Testimony before the

Committee on Privileges and Elections
Chaired by R. Creigh Deeds

Should Virginia’s Elections Be Privatized?

Chairman Deeds, Senator Stanley, distinguished Members of the Committee:  Thank you for allowing me to testify. I’m Scott Walter, a resident of Sterling, Virginia, and president of the Capital Research Center in Washington, D.C., a 37-year-old think tank that is a watchdog on nonprofits.

I do not presume to tell you how to vote on S.B. 80 but only to tell you, as an expert on nonprofit funding, the question you face: Should the Commonwealth’s elections be governed by you, the people’s representatives, or by megadonors?

Personally, as a Virginia citizen I do not want donors—from anywhere on the political spectrum—or the nonprofits they use, to manipulate elections through gifts to government offices.

I want you, our democratically elected officials, to regulate Virginia’s elections, not megadonors from either party. Neither donors nor “nonpartisan” nonprofits can be trusted to keep their thumbs off the scale when they have millions in their hands.

At Capital Research Center, we have studied exhaustively one megadonor’s use of two supposedly nonpartisan nonprofits to send funds to government election offices in nearly every state, to the documented benefit of his preferred political party. But because this is a bipartisan problem, I won’t name either party in my testimony.

While one party benefitted dramatically in 2020, next time the other party’s donors may pull the same trick. All of us should want to avoid that.

Group 1 received hundreds of millions of dollars in 2020 from one out-of-state billionaire. Nearly 4 million of those dollars came into government election offices in Virginia. The critical question is how much money went to which election offices.

I am not claiming the money funded fraud, only that it funded turnout targeted to help one side. For the sake of argument, I am happy to assume that not one vote in Virginia was cast fraudulently, and not one vote was miscounted. Even if that were true, it is scandalous that this outside money boosted turnout for Party 1 in its most vote-rich jurisdictions.

This is a new scheme in our politics, but we all know that when one party crafts a novel weapon and wins, the other party will add the weapon to its arsenal. Do you want to keep this legal loophole open and allow such an arms race?

Consider these data points for 2020, which should chill any Virginian. Group 1 in mid-2020 was generating controversy across the country as news of its grants to local election offices became public. The group long refused to make the details public, even though federal law required the group to report on its IRS Form 990, a public document, every grant of $5,000 or more to any government agency.[1] The group delayed filing that document until the last second it was legally permitted:  December 15, 2021. Rather than reassure the public in the midst of the election, it refused to reveal its grants earlier, even when asked by friendly news outlets including the New York Times,[2] the Associated Press,[3] National Public Radio,[4] American Public Media,[5] the New Yorker,[6] and others.

Nonetheless, we at Capital Research Center examined the group’s “preliminary” list of grantees, as well as news databases and local government reports, and assembled the fullest data set available. As soon as the group finally revealed its grants, we compared them to our estimates and found our estimates largely accurate.[7] (We also compiled a long list of discrepancies in the group’s reporting of its national grantmaking.[8])

We’ve publicly disclosed all the data we can find and published reports for the states of Virginia,[9] Georgia,[10] Pennsylvania,[11] Michigan,[12] Wisconsin,[13] Texas,[14] Arizona,[15] Nevada,[16] and North Carolina.[17] For every state we’ve examined, we find that the megadonor’s funding via Group 1has produced a highly partisan pattern.

We first examined the funding in Georgia, and our report was so shocking that the Georgia Senate asked me to testify about it. [18] Consider these facts:

In Virginia, the same pattern recurs.[19]

Of course, precisely because Virginia’s population is unevenly distributed across our counties, Capital Research Center corrected for population differences by analyzing Group 1’s funding per capita. Here, too, we find sharp disproportions in the group’s grantmaking.

Our analysis found that this pattern repeats in every battleground state. First, Group 1 is far more likely to fund election jurisdictions that are rich with Party 1 votes. Second, it funds those jurisdictions much more heavily per capita.

That’s what happened last time. Next time, the opposite could happen—if you allow it.

This article was originally posted on January 28, 2022.