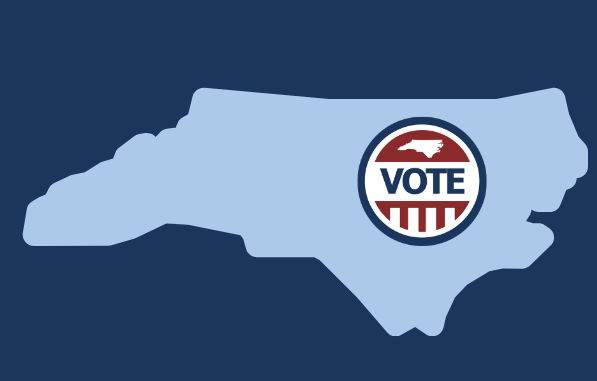 Jan. 2022 Update: This report was written with the best information available in 2021 but is now out-of-date. For updated analysis using CTCL’s latest disclosures, see North Carolina in “Shining a Light on Zuck Bucks“

Editor’s note, May 4, 2021: The report and data set were updated based on new information on CTCL grants provided to CRC through a FOIA request by Martin Oakes, former commissioner for Lincoln County, NC. The original blog post was published on January 25, 2021. June 10, 2021: Updated spreadsheet to include all counties, including those which did not receive CTCL grants.

While much of America was focused on the voting irregularities in 2020, many missed the year’s other big story: How one billionaire attempted to privatize the election.

In the months leading up to the 2020 election, Facebook founder Mark Zuckerberg and his wife, Priscilla Chan, dumped an impressive $350 million into a Chicago nonprofit, the Center for Technology and Civic Life (CTCL), to funnel to local elections officials for COVID-19 “relief.” Overnight, this heretofore sleepy group (2018 revenues of $1.4 million) became an activist juggernaut with the means to effectively manage the election in numerous cities and battleground states across the nation.

Thanks to new FOIA information provided by Martin Oakes, former Lincoln County, NC, commissioner, the Capital Research Center has traced nearly $5.4 million of CTCL’s “Zuck bucks” to North Carolina as part of our series investigating the role of left-wing nonprofits intervening in the 2020 election. That includes a $1 million grant to the state board of elections.

For more of our work, see our reports on Georgia and Pennsylvania, Nevada and Arizona, Virginia, Texas, and Michigan and Wisconsin.

Trouble in the Tar Heel State

North Carolina is a perennial battleground state for Republicans and Democrats. President Donald Trump won the state by 74,000 votes in 2020, down from his over 177,000 vote margin over Hillary Clinton in 2016.

CTCL gave grants to at least 35 cities and counties in North Carolina, according to an online list of “preliminary” grants, although the specific grant amounts aren’t detailed. Two counties, Guilford and Moore, were awarded grants but reportedly did not spend the funds.

What’s clear is that CTCL’s grants likely had a similar effect as targeted political advertising—bolstering support for Biden in exactly the key places he needed to win North Carolina, but in this election the efforts fell about 75,000 votes short of flipping North Carolina blue.

What we saw was an attempt by an ideologically motivated billionaire to privatize an election—and a deafening silence from the left-leaning media.

CTCL grant data for North Carolina, updated in June 2021 to include all counties.