Zuckerberg’s Return on Investment in Pennsylvania—UPDATED 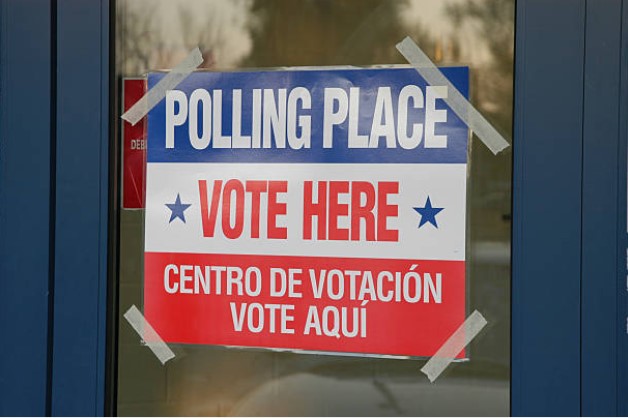 Jan. 2022 Update: This report was written with the best information available in 2021 but is now out-of-date. For updated analysis using CTCL’s latest disclosures, see Pennsylvania in “Shining a Light on Zuck Bucks“

Editor’s note, May 20, 2021: Updated report and data set based on new information on CTCL grants in Pennsylvania, provided via FOIA request by Todd Shepherd of Broad and Liberty, and the Foundation for Government Accountability. June 8, 2021: Report now includes all counties in Pennsylvania.

Arguments over this year’s vote in Pennsylvania continue to rage, but one critical aspect deserves more attention: the millions of dollars that flowed from the family of Facebook CEO Mark Zuckerberg into the state’s election offices. The cash first went to a supposedly “nonpartisan” nonprofit called the Center for Tech and Civic Life (CTCL), which then re-granted the money to local election offices in dozens of counties in Pennsylvania and thousands more election offices across America.

Update: For a list of states banning “Zuck bucks,” see our latest report.

We at the Capital Research Center are analyzing the effects of Zuckerberg’s $350 million investment state by state. We first examined the funding in Georgia, and our report was so shocking that the Georgia Senate asked me to testify about it. Lawyers for the Donald Trump campaign included the report in their legal briefs in Georgia, and Tucker Carlson invited me on Fox News to discuss the controversy.

Now we’ve crunched the numbers for Pennsylvania, and the partisan outcomes are just as stark as Georgia’s. Admittedly, we don’t know every detail of what happened because CTCL has not disclosed the funding. CTCL has been asked by the New York Times, the Associated Press, the New Yorker, National Public Radio, and more, to no avail.

This stonewalling is especially obnoxious because federal law requires CTCL to disclose on its annual filings with the IRS all grants of $5,000 or more to government entities. But the clever partisans at CTCL know that their filing for 2020 grants can be kept in the dark until a year from now, and “dark money” is what powers CTCL’s heavy thumb on election scales across the nation.

All Politics Is Local

The one thing CTCL has done is list the local governments they’ve funded, though without disclosing the dollar amounts. So we at Capital Research Center have examined that list, as well as news databases and local government reports, to put together the picture revealed here. We think these numbers won’t change much when the full truth comes out because we’ve found grant amounts for most large jurisdictions in the Keystone State. And we have another reason to think the partisan results we found in Pennsylvania won’t change significantly with the remaining data:  The population of Trump-won counties for whom we lack specific grant amounts is less than half the population of Biden-won counties with unknown grant amounts.

To bolster transparency, we’re posting our data online for the public to examine. (The updated Pennsylvania data set showing $22 million in grants is here; Georgia data are here.)

When CTCL decides to come in from the dark and let the public see their data, we’ll update our reports promptly.

Meanwhile, consider that the IRS prohibits a 501(c)(3) nonprofit like CTCL from “voter education or registration activities” that “have the effect of favoring a candidate.” Yet these skewed numbers indicate that CTCL’s work in Pennsylvania was clearly designed to favor the Democratic candidate.

To date, we’ve uncovered $22,069,137 in grants to 24 of Pennsylvania’s 67 counties; two, Armstrong and Bucks Counties, received CTCL funding but their grant amounts have not been identified.

CTCL claims its grants were distributed on a nonpartisan basis. But the figures show a striking preference for counties that broke for Biden:

Even those numbers understate the funding disparity. A more accurate picture arises when we compare the funding per capita:

Seasoned election observers went into November saying that Pennsylvania was a critical swing state for the presidential election and that Philadelphia would be ground zero for the Democratic candidate’s hopes. CTCL partisans knew this too, and their investments in Pennsylvania show it.

Now the question is whether the Pennsylvania state legislature will continue to allow out-of-state billionaires to distort the state’s elections, or will they follow other states and ban private funding of elections? Ironically, Pennsylvania has loudly debated for years whether to privatize liquor sales. Yet no one said a word when a Big Tech billionaire decided to privatize an election.