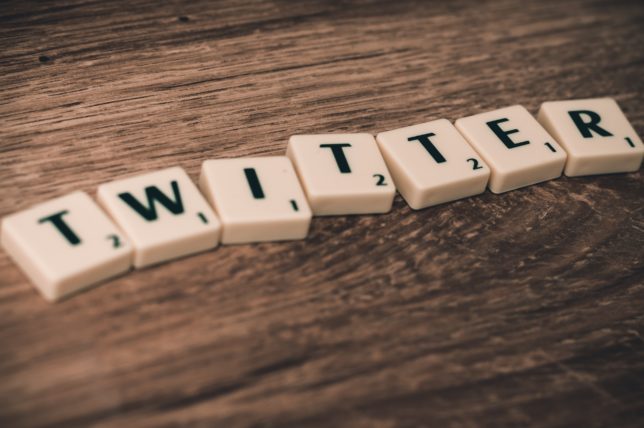 In fact, Pulte has used the criticisms as a springboard for his larger vision of what Twitter philanthropy ought to be, and it’s not all about him. On December 7, he sent this message to his Twitter followers: “Why do I raise money for people in need? Because I am only 1 millionaire . . . 1 donor . . . Alone, I am nothing. But together . . . we are EVERYTHING!”

Pulte has set up an organization and a website for others to join in called Team Giving. The site, just out of beta, features stories and requests for relatively small amounts of money by people who have pressing financial needs. One recent entry shows a woman named Jillian posing with a young boy. The text explains, “Jillian had a liver transplant in 2016 to save her life. Since then, her body has rejected the liver four times. She is currently in the middle of her FIFTH rejection and due to this she’s unable to work. She fell behind on her electric bill after putting that money towards medication. Can you help Jillian and her son?” It asks for $784 to help keep the power on.

The site is superficially similar to other crowdfunding websites that can be used to meet needs, such as GoFundMe. But the differences are significant. Other crowdfunders are platforms, and they try to get donors to pay a significant amount of money toward overhead. The Team Giving website is more about advocacy. It supports these people in need, presents their stories in the best possible light, really emphasizes the joint effort, and makes giving as simple as it possibly can be for folks to throw in. When you are making a donation, it only asks if you’d like to kick in 46 cents for the PayPal processing fee.

The Detroit News reported that with Pulte’s direct Twitter philanthropy, the process to “self-nominate for cash is not difficult, and the criteria do not appear stringent. First, send a tweet. Second, show that you need the cash. A small truth squad evaluates potential winners to make sure they are not hustlers, bots, or people who say their name is Chuck but sound like Boris from ‘Rocky & Bullwinkle.’”

The Team Giving website is similar. It encourages those with pressing problems to “apply now” if “you need support.” There is a lot of hand-holding to walk you through the application and screening process, and your plight is presented in an appealing way with a nice picture, a short story spelling out the need, and a call to action. The organization will also promote your cause on its website and, of course, on Twitter.

One tweet promoting Jillian’s cause posted on December 6 explains: “This Single Mom received a new Liver. Her body has Rejected the new liver FIVE times. She requires infusions to Stop the rejection. Due to this she’s unable to work and fell behind on her Electric Bill. GOAL: $497 (remaining) Can you help Jillian?” At press time, that tweet had been “liked” by 142 people and retweeted 108 times. It was well on the way to being funded, as were many of the other causes the organization promotes.

In addition to calls to give to those in need, Team Giving’s Twitter account also showcases multiple short videos of the people whose needs were met thanking the folks in cyberspace who chipped in to help bail them out. The point is to create a virtuous circle, whereby people are encouraged to give and then assured that their giving made a difference.

Will Others Pay It Forward?

But will it make a difference? Bill Pulte has promised to put up a lot of his money to make this Twitter philanthropy revolution happen—somewhere in the neighborhood of $1 million in bits and pieces, through direct donations and to help build up Team Giving.

The Detroit Free Press noted that some experts “question whether Pulte’s money and energy are best spent doing what appear to be ‘random acts of kindness,’ rather than giving through professional charities or organizations that can act on a larger and more methodical scale.” But many of those same “experts” also conceded that they “see little harm, and much potential good in what Pulte is doing.”

At the individual level, it’s undeniable that Pulte is doing some good for people. Those people may in turn “pay it forward” and others may look to the example and decide to “become a philanthropist!” as the Team Giving website puts it.

Take the case of 53-year-old Sherri Miller. The former meth addict left prison with “nothing but the clothes on my back,” she told the Indiana newspaper Goshen News. During a 21-month prison stint, Miller got clean, and she has stayed clean and employed with the help of her church.

Miller is using $10,000 that Pulte sent her in response to a tweet to stop living “paycheck-to-paycheck,” buy a used car, and use some of her freed up time and mobility to help start a new ministry to inmates currently struggling with addiction issues.

Miller was overjoyed to find that she had won, but there were “some speed bumps with her bank in verifying the transaction was legitimate,” the paper reported. Apparently, the folks in the bank’s fraud department had a hard time believing that some guy was just giving out money on Twitter.

As stories like Miller’s get out there, it will become much easier to believe such crazy things in the future.