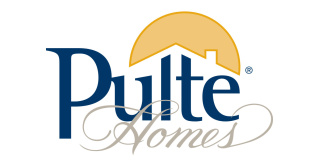 Bill Pulte was involved with his grandfather’s business dealings during his lifetime and runs his own companies in the related fields of building investment and countertop manufacturing. It is largely the money earned from those enterprises that he is giving away.

William retired from his company’s board in 2010, but in 2016 he waged a successful campaign as the company’s founder and largest shareholder to push Pulte Group’s president out. (Pulte Group is the larger company headquartered in Atlanta that owns Pulte Homes and several other housing companies.) To help make peace after such a bitter public spat, Pulte Group added Bill to its board of directors. 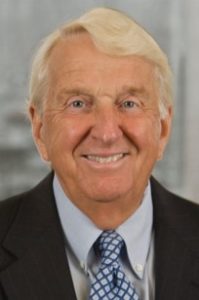 It’s telling that grandson Bill and not one of William’s 13 surviving children (with wife Karen) came onto the board to help broker the peace. Bill clearly looked up to William, but more to the point he studied his successes and in some ways has tried to emulate them.

“Most people think of [grandpa] as a pioneer in home construction . . . and that’s true,” Bill told Builder magazine, “But what often goes left unsaid was his pioneering approach to the consumer, the home buyer. He was always working to understand how that person wanted to live in his or her home so that he could do that, design that, build that, and make it affordable to that person.”

For instance, one way that Pulte Homes found to create affordable units for buyers was to build it with several bedrooms but leave an unfinished “bonus room” that could be converted into an additional bedroom. This cut down on construction costs, which in turn brought down the sale price of the house. People of moderate means could then buy a house and build equity into it by finishing the bonus room as a bedroom.

Bill also emphasized something to Builder that was missing from many obituaries: William’s charitable work. The family’s official memorial put it front and center. The write-up called the family patriarch an “Anonymous Philanthropist, Loving Family Man, and Home Building Giant.”

[William] was the silent benefactor behind the Angel Fund, an organization that anonymously provided needy families in Detroit with shelter, heat, and light. [He] also served as a quiet philanthropist for Detroit’s Cornerstone Schools where he provided for the education of thousands of young Detroiters. One of [William] and his wife Karen’s favorite missions was the building of homes and shelters for those in poverty. Together, they donated thousands of housing units and shelters in some of Central America’s poorest communities.

The Pulte family added by way of explanation for this being news to some people that “Most of the people that [he] helped throughout his lifetime never knew that he was their benefactor. To [William] Pulte, giving quietly was the true definition of giving.”

It’s a fair question to ask why has Bill Pulte departed from this more quiet model of charity. But it’s also worth noting that he has wrestled with this question and that his Twitter philanthropy initiative coincides with a move by many of the Pulte family into more public roles in funding causes.

“Shortly before my grandfather William Pulte died, he decided to publicly name this Pulte Family Building. He’d given privately his whole life. But, he told me he Named it Publicly to Inspire Others to Give. This inspired me. And THAT has inspired Tens of Thousands to GIVE! RIP,” wrote Bill Pulte in a tweet on August 25, 2019. The tweet included a picture of the Pulte Family Life Center, an addition to St. John the Evangelist Catholic Church in Naples, Florida.

The Pulte Family Charitable Foundation, run by Bill’s grandmother and other relatives, recently made two very public pledges: $1 million to Ferris State University and $111 million to the University of Notre Dame.  According to Crain’s Detroit Business, as part of this gift, Notre Dame will name a bunch of things after William Pulte. They include the Pulte Institute for Global Development, the William J. Pulte directorship, and some endowments “named for William J. Pulte and the family.”

The Notre Dame donation represent a serious leveling up of the Pulte Family Foundation’s giving. According to the organization’s 990 for 2018 (the year William died), the foundation ended the year with assets worth a little over $7 million. After his death, a larger part of his fortune was deposited into the foundation, which accounts for more expensive initiatives.

In the next installment of Twitter Philanthropy, see how the various Pultes are taking different approaches to giving.