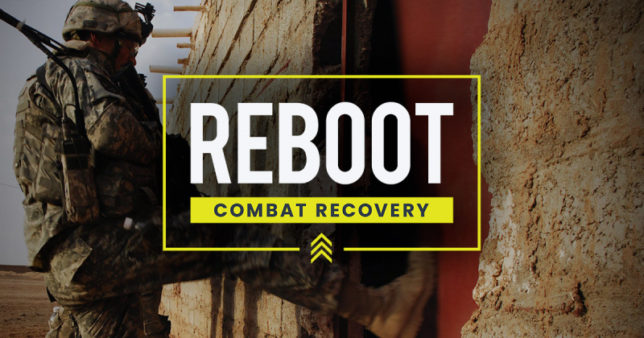 About 6,000 American veterans have taken their own lives every year from 2008 to 2017, according to a 2019 report from the U.S. Department of Veterans Affairs (VA). These tragic statistics are driven by multiple dimensions of trauma, some of which are better understood and treated than others.

A number of successful faith-based nonprofits are working to change this. CRC recently learned of one of these organizations through an episode of the Rage of the Age podcast.

The Success of REBOOT Recovery

REBOOT Recovery is a faith-based trauma recovery program that specifically caters to veterans and first responders. Operating as a 501(c)(3) nonprofit organization, it is designed to address the spiritual and moral trauma that often accompanies—or exists independently of—the physical and mental injuries sustained from combat or while responding to an emergency. Since its founding in 2011, over 9,000 participants have graduated from the REBOOT’s 12-week courses, all of which are offered at no cost.

REBOOT’s program appears quite effective. It boasts an overall graduation rate of 81 percent, with 95 percent of graduates recommending the program after completion. A 2019 study found that program participants “appear to have benefited from the program in clinically meaningful ways,” having reported improvement across multiple important indicators, such as anxiety and depression, sleep disturbance, and social participation.

A few things seem to make REBOOT unique. The program specifically targets the spiritual needs of participants, something its founders determined was lacking in existing methods of combat trauma treatment. It is a Christian-based program that uses Biblical principles and teachings in its courses, though it welcomes people of all faiths. And recognizing how important family can be to support and healing, it actively encourages spouses, children, and caregivers to attend and participate in the courses.

Americans often associate veteran care with the VA. Although the 2014 VA scandal is still fresh in many minds, recent internal and independent surveys have reported encouraging improvements in veterans’ trust in and satisfaction with their VA care. Still, there is a growing understanding of the critical role that private, community-based charities such as REBOOT play in innovating and implementing successful treatment programs.

The Faith-Based Veteran Service Alliance, a group of eight similar organizations including REBOOT, advocates for faith-based veterans care at the federal level and enables members to share their collective experience in best practices. The President’s Roadmap to Empower Veterans and End a National Tragedy of Suicide (PREVENTS) report recently recognized the importance of such programs. Among the report’s many recommendations are “identifying and strengthening faith-based and community programs focused on empowering Veterans, Service members, and their families.”

Americans grasp this intuitively. As CRC’s Michael Hartmann has reported, a recent survey of American adults found that 36 percent believed that “everyday people” were best positioned to address societal challenges. An additional 24 percent cited either nonprofits or private philanthropy. Only 20 percent pointed to government as the answer. And 81 percent felt confidence “in the ability of nonprofit organizations today to help strengthen American Society.”

“Everyday people” often form the linchpin of successful nonprofit charitable operations, especially volunteer-based groups that have a clear purpose and method for serving their core constituency. It’s no surprise that REBOOT’s website explains how its courses are “led by everyday people, just like you, who have a passion to help our nation’s military and first responders.” That likely contributes to its success.

The federal government will always have a central role to play in the care for our country’s veterans. But the more it looks to the bottom-up initiatives of successful private charities such as REBOOT Recovery for guidance and partnership, the better that care will ultimately be.