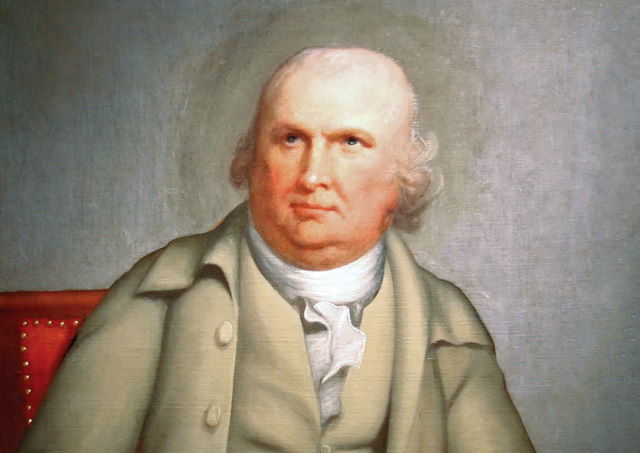 America has always had its patricians who saw themselves as patriotic “fathers” of their country, and their wealth and prestige were tied up in their country’s well-being. Robert Morris, probably America’s first millionaire, personally bankrolled the American Revolution. Artist: Robert Edge Pine (c. 1720–1788). Credit: cliff1066. License: https://bit.ly/3sLwcu8.
by Hayden Ludwig

What Is Philanthropy For?

All this not only calls attention to a major river of money flowing to political groups, but asks a burning question: Who does philanthropy serve? Until we answer that question—one that our forebears understood—community foundations, private foundations, and 501(c) groups are immaterial.

It’s revealing that the United States is one of a very few countries to offer tax exemption and other benefits to nonprofits. The practice dates back to the Revenue Act of 1909, but the spirit behind it is much older than the republic. Colonial Americans—unlike the British, French, and Spanish—chose to organize numerous citizens’ committees to tackle problems beyond the scope of either individuals or the government—a first in world history. These were the first corporations organized for the public good rather than to sustain a business venture, and their roots reach deep into English common law and the Protestant Reformation, which put the responsibility for godliness in the community upon each individual Christian, not ecclesiastical or secular authorities.

As families were expected to study and emulate the Bible, so were they expected to “work out [their] own salvation with fear and trembling” in the public sphere—that is, do works fit for holiness in an unholy world that reflect their redemption in Jesus Christ. Gratitude for what God has accomplished for the individual believer, not the threat of slipping back into damnation, drove the Puritan colonists in New England. Is it any wonder that in early America the greatest outpouring of committees created for the public benefit was centered there?

φιλανθρώπως (philanthropos) is the love of mankind rooted in the divine image. Modern philanthropy has mistaken itself with the love of money. Once we’ve started down that road, all the good intentions in the world won’t help us escape it.