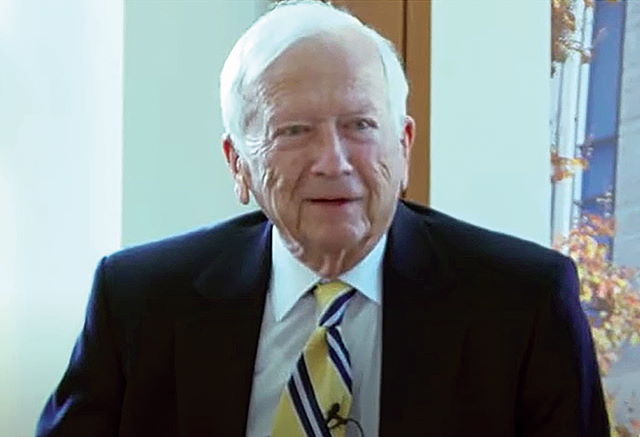 Fred Stanback is a mega-donor characterized by the Knoxville News in 2018 as a “known proponent of anti-humanist environmentalism” who believes that “protecting the environment hinges on population control,” a fusion of radical environmentalism and what we could call the abortion-industrial complex. Credit: Duke University Sanford School of Public Policy. License: https://bit.ly/3go9dQV.
by Hayden Ludwig

So which politically active organizations are the biggest beneficiaries of community foundation money? Our analysis of grants from nearly 170 community foundations between 2010 and 2019 (2018 in the case of groups with missing Form 990 filings) traced $2.3 billion to 110 left-wing groups and their affiliates.

To sift through tens of thousands of grants and avoid cherry-picking recipients, we identified nonprofits that are prominent in a variety of political causes—such as the Center for American Progress, Planned Parenthood, and Southern Poverty Law Center—or are especially notable for their radicalism (e.g., the communist Alliance for Global Justice) and influence (e.g. the libertarian-turned-lefty Niskanen Center), as well as any local or lobbying affiliates. While not scientific, it gives a sense of just how much the institutional Left depends upon funds flowing through community foundations.

In the next installment, meet the donors who use community foundations.