One Teacher’s Fight Against CRT: Expelling CRT from the Classroom 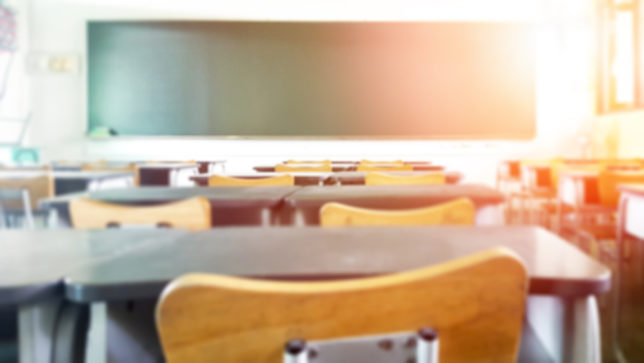 Expelling CRT from the Classroom

When I first took a public stance against critical race theory, I prayed if it was the right thing to do. I had a sneaky suspicion that God doesn’t want us to solve racism with more racism, and I was seeking His blessing in this fight. Even if you aren’t a believer, I think we all desire a colorblind, equal society, like Martin Luther King’s dream. That same day, I was scrolling through social media when I saw a video of a middle school–aged white girl tearfully speaking to her school board. “How can a child born into an abusive drug and alcohol home, who lost her entire biological family, and has experienced all forms of abuse, be privileged? When I was told that, I was so upset, I cried myself to sleep.” She spoke about when her teacher told her she had white privilege. This was the sign I needed to carry on and fight.

It isn’t enough to prove that CRT is in our schools; we must make an effort to get this divisive theory out of the classroom and keep it out. But what do we do?

I recommend focusing on these three strategies:

It’s shocking the amount of racist hate I have received since I have exposed the lessons containing CRT. Do you think that proponents of CRT are justified in telling a black teacher that she is a “white-washed house negro?” You would think that those in favor of CRT in our schools would rejoice to see evidence that it is in our K–12 classrooms, but instead, they attack the messenger. Even if you favor critical race theory being taught to our young people, no one deserves the racial abuse and threats I have received since exposing the lessons in my district and the lies being pushed by the media. But it should be no surprise that a theory full of “reverse racism” leads its defenders to lash out with racial slurs when exposed.

If anything, judge the theory by its fruit.

Kali Fontanilla is a former public school teacher of 15 years. Her rebuttal statement to Proposition 16 in California helped to stop the push for legal reverse racism and a new extreme version of affirmative action in 2020. She is the co-founder of Exodus Institute, a K–12 online school with a nationally accredited program: Thinkexodus.org.