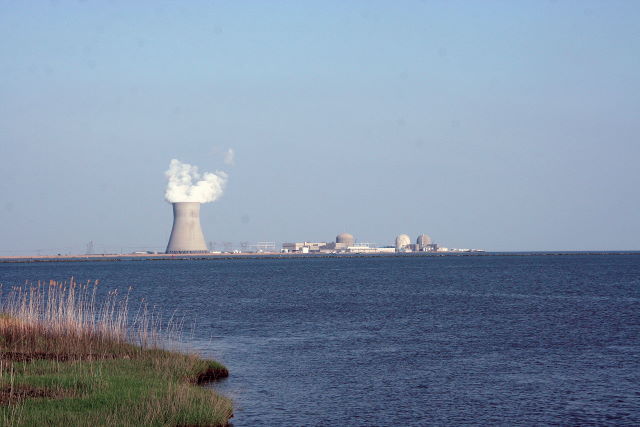 Put together, the Sierra Club, the Environmental Defense Fund, and the Natural Resources Defense Council had a combined budget of at least $474 million in 2018.

The dozens of supposed environmentalists who oppose the single most viable form of carbon-free power spent at least $1.1 billion in 2018, and likely much more than that.

As noted, the list of groups promoting the radical anti-nuclear Left’s agenda even includes the National Parks Conservation Association. The NPCA (with a $35.4 million budget in 2018) has promoted a predictably firm commitment to expanding the amount of land protected from development.

The most viable path to sharply cutting carbon emissions that also protects wild American real estate from getting gobbled up by wind turbines and solar panels is nuclear power. Alas, in April 2019, the National Parks Conservation Association issued a news release opposing the extension of the operating life for the Turkey Point nuclear station near Miami. In 2016, the NPCA registered opposition to a proposal to add two new reactors to the same facility.

If completed, just the two new nuclear reactors at Turkey Point will exceed the total gross MW capacity lost by the two reactors recently closed at Indian Point. In reliably opposing all nuclear power generation at Turkey Point, both existing and new capacity, the NPCA was advocating against quite a lot of carbon-free electricity.

It is less surprising to see the League of Conservation Voters in this stridently anti-nuclear camp. Representatives from dozens of climate alarmist organizations sent a letter to the U.S. Senate in November 2020 to express their opposition to the American Nuclear Infrastructure Act of 2020. One of the signatories was LCV’s legislative director.

The letter referred to nuclear power as one of the “dirty energy industries” that “amplifies and expands the dangers of climate change.” The LCV, a 501(c)(4), and the League of Conservation Voters Education Fund, its 501(c)(3) affiliate, had a combined 2018 budget of $88 million.

A lot of the money for the hypocritical war against nuclear power is coming from some of the richest and and most well-known foundations in America.

The Ford Foundation, the nation’s wealthiest foundation with $13 billion in assets, has given away at least $58.3 million since 2016 to organizations that oppose nuclear energy. Top recipients included the Center for Popular Democracy ($16 million) and the socialism-supporting Movement Strategy Center ($11.8 million). With smaller donations Ford also supported the NRDC, the Greenpeace Fund, the Rainforest Action Network, and Friends of the Earth.

Similarly, the John D. and Catherine T. MacArthur Foundation with $7.2 billion in assets has given at least $79 million since 2016 to organizations opposed to nuclear energy. Major examples include the Environmental Defense Fund ($32.7 million), the Sierra Club Foundation ($25 million) and the NRDC ($8.6 million).

The Gordon and Betty Moore Foundation ($6.4 billion in total assets) was funded by Intel co-founder Gordon Moore. This foundation has given at least $56.8 million to the anti-nuclear Left since 2016, with more than $54 million going to the World Wildlife Fund. Other recipients include the Surfrider Foundation, the EDF, the Sierra Club of British Columbia, and the Waterkeeper Alliance.

The anti-nuclear organizations have received at least $39.2 million since 2016 from the JPB Foundation ($3.9 billion in assets). The NRDC received $17 million of the total. Other multi-million-dollar recipients of JPB grants include the Sierra Club Foundation, the People’s Action Institute, the Movement Strategy Center, and the Center for Popular Democracy.

Two of America’s giant grantmaking foundations were created from the fortunes of the co-founders of the Hewlett-Packard computer equipment firm: the William and Flora Hewlett Foundation ($10.9 billion in assets) and the David and Lucile Packard Foundation ($7.9 billion). Together they have directed tens of millions of dollars to anti-nuclear advocates since 2016, including the NRDC, the Sierra Club Foundation, the Rocky Mountain Institute, and the Greenpeace Fund.

Finally, a little-known billionaire named Fred Stanback Jr. has given more to the anti-nuclear cause than all these big names. Stanback has been a major donor to a creepy mix of anti-human causes, such as pro-abortion organizations, population control organizations, and anti-immigration organizations. A 2014 Los Angeles Times report established that Stanback directs most of his support through the Foundation for the Carolinas (FFTC), a donor-advised fund dominated by his donations.

Since 2016, according to the charitable foundation record-keeping service FoundationSearch, FFTC (i.e., Stanback) has given nearly $200 million in combined donations to more than two dozen anti-nuclear climate policy organizations. (For more on Stanback, see “Anti-Humanist Environmentalism” in Capital Research, Issue 5 of 2019).

The top anti–nuclear energy recipients of Stanback’s grants were the Natural Resources Defense Council ($43.7 million in donations since 2016), the Sierra Club Foundation ($37 million), the Rocky Mountain Institute ($28.1 million), the League of Conservation Voters Education Fund ($12.5 million), Friends of the Earth ($9 million), the Southern Alliance for Clean Energy ($9 million), and the Center for Biological Diversity ($8.5 million).

In the next installment, the data show that nuclear power saves lives by displacing fossil fuels.