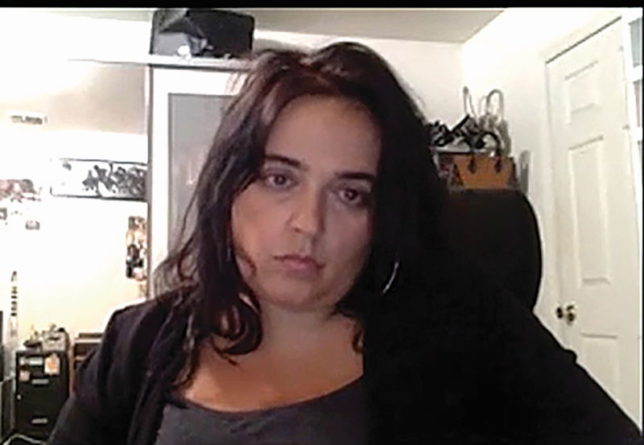 Suzanne Adely is listed as president-elect of the NLG as of January 2022. She is a co-founder of the Arab Workers Resource Center, and a member of the U.S. Palestinian Community Network, Labor for Palestine, Al-Awda: The Palestine Right to Return Coalition, and Block the Boat NY/NJ. Credit: National Lawyers Guild. License: https://bit.ly/3KWPow9.
by CRC Staff

The year 1973 proved to be pivotal for the National Lawyers Guild and for the consolidation of its radical political ideology. That year’s convention has been described as “the cataclysmic merger of old and new left politics” on the basis of four core principles: anti-racism, anti-sexism, anti-capitalism, and anti-imperialism. The 1973 convention also affirmed the Guild’s view that “the main component of the socialist revolution in the United States will be an organized revolutionary working class.”

According to former NLG president Victor Rabinowitz, many older Guild members slowly re-involved themselves with the organization during the 1970s, and by the early 1980s the generational divisions among members had diminished substantially. Writing in 1987, Rabinowitz said that “the difference in outlook and program has vanished” within the NLG.

To historian Guenter Lewy, writing in 1990, the NLG exemplified the “amalgamation of Old and New Left.” He regarded it as “probably the only organization that has survived changes of both membership and leadership from the Depression of the 1930s to the present day and has prospered as a result of those changes.” In Lewy’s view, Marxist-Leninist principles were largely what served to unite the Guild’s Old and New Left factions.

From 1980 to 1987, membership in the NLG grew by about 2,500 to a total of just under 9,000. As of mid-1987, approximately 58 percent of these were lawyers, 28 percent were law students, and 14 percent were jailhouse lawyers and legal workers. Much of the growth during this period was due to NLG chapters established at law schools.

Indeed, the Guild had established a law school of its own. In 1974, it partnered with the Asian Law Collective, the National Conference of Black Lawyers, and La Raza National Students Association to found Peoples College of Law, an unaccredited law school originally named “The Guild Law School.” It was soon recognized in the New York Times as being the “only radical law school in the country,” and to this day requires that admitted students “demonstrate a commitment to progressive social change.” The school maintains a close relationship with the Guild’s Los Angeles chapter.

Pro-Soviet Internationalism. The 1970s saw the NLG place increased emphasis on international issues and foreign affairs. What had begun as opposition to American involvement in the Vietnam War had transitioned to outright support for the Vietnamese communists by 1973. At the Guild’s 1975 convention — the year Saigon fell to communist forces — NLG president Doron Weinberg expressed the organization’s solidarity with the communist victory. A Guild delegation traveled to Vietnam in 1978, remarking that the country’s policies would “serve as a model for the progressive peoples of the world who have yet to overthrow their oppressors.”

In 1974 the NLG sent a delegation to Cuba, and in 1977 it sent one to the People’s Republic of China. Other delegations traveled to Iran, Guatemala, Southern Africa, Chile, and to the West Bank and Gaza Strip.

The Palestinian Liberation Organization (PLO) partially financed the Guild’s trip to the Middle East in 1977. Later that year the NLG passed a resolution calling for a sovereign Palestinian state and recognizing the PLO as the sole legitimate representative of the Palestinian people. The NLG had not previously taken an official position on the conflict in the Middle East, and NLG members had supported the establishment of the State of Israel in 1948. Historian Harvey Klehr wrote in 1988 that “the Guild’s position has become more extreme over the years,” with a 1985 resolution reportedly declaring that Israel bore sole responsibility for having “thwarted” the peace process.

The NLG’s shifting stance towards Israel broadly tracked that of the Soviet Union. The Soviet Union had likewise supported the establishment of Israel in 1948, but relations between the two countries were deteriorating by the 1950s “as Israel moved towards a more openly pro-Western position in the Cold War.” In 1967 the Soviet Union severed diplomatic ties with Israel over the Six-Day War, which it described as having been launched with “encouragement by covert and overt actions by certain imperialist circles.” Soviet support for the PLO increased, and by 1974 Moscow was referring to it “as the sole organization expressing the will of the Palestinian Arab people and reviving their national aspirations.”

Though a Maoist caucus that was opposed to the CPUSA and to the Soviet Union was organized in 1977, it never attracted more than about 15 percent of Guild members. NLG leadership was essentially pro-Soviet during this period. Then-president William Goodman explained that “we will not be able to organize into the Guild, and in fact we will lose much of our membership, if we promote slogans of opposing the Soviet Union and opposing the Communist Party.” The NLG also re-affiliated with the Soviet-aligned International Association of Democratic Lawyers in the early 1970s, which it had previously left in 1951.

Historian Guenter Lewy wrote in 1990 that looking back, the NLG’s “concern with the observance of human rights has always stopped at the borders of the Socialist bloc.” In fact, the NLG’s vice president stated in 1978 that the Guild was “not Amnesty International. Its aim is not to ferret out human rights violations wherever they exist. As an anti-imperialist organization, its aim is to aid national liberation struggles.” The NLG declined to send observers to the Soviet Union’s trial of dissident Natan Sharansky in 1978 due to a reluctance among membership to criticize that country’s judicial proceedings.

Opposition to U.S. Foreign Policy and Israel. The Guild “has supported the Cuban Revolution since its triumph on January 1, 1959” and affirms its belief in “the benefits that socialism has brought to all the people of Cuba.” It has called for the full normalization of relations between the United States and Cuba, and for the return of the American naval installation at Guantanamo Bay to the Cuban government.

The law firm of Rabinowitz, Boudin, Standard, Krinsky & Lieberman, P.C. was founded by NLG attorneys Victor Rabinowitz and Leonard Boudin in 1944, and it has represented the interests of the Cuban government in United States-related legal matters since 1960, serving as “Cuba’s only U.S. counsel” since that time.

After the September 11, 2001 terrorist attacks, the NLG adopted a resolution condemning “such acts of barbarism” and calling for those responsible to be brought to justice. However, it also stated that the policies and practices of the United States government and American corporations were responsible for contributing “to the conditions that create” anti-American sentiments in the Middle East. The Guild demanded that the United States and the United Kingdom immediately stop “illegal” military actions in Afghanistan. In both 2003 and 2007 it called for the impeachment of President George W. Bush and Vice President Dick Cheney over the War in Iraq.

The Guild advocates for the Boycott, Divestment and Sanctions movement against Israel and describes the country as “a colonizing project rooted in racist ideology and launched with the violent displacement and ethnic cleansing of its Palestinian indigenous population that continues until this day.” It demands that Israel end “its occupation and colonization of all Arab lands.”

In May 2021, the NLG’s International Committee released a statement marking 73 years since “the Zionist settler colonial movement with the support of imperialist powers established the state of Israel.” It demanded that Israel release all Palestinian prisoners and affirmed “the legal right of Palestinians to resist the colonizing power that seeks to annihilate them,” including through armed struggle. It criticized attempts by the United States to facilitate the normalization of diplomatic relations between Israel and various Arab states as a “project designed to advance Israeli impunity.”

In the next installment, the guild continues to espouse radical-left ideology through its positions and activities.