D’SOUZA: I’d like to mention a couple of things. My current work is focused on socialism, the socialist Left. Why? Because I think that a lot of the tactics that we’re seeing the rise, for example, of paramilitary gangs on the street operating with the apparent toleration, if not encouragement, of the Democratic Party. The emergence of the deep state by which I mean the police agencies of government—the FBI, the IRS, the CIA, even the DOJ—using their power against political dissidents and political opponents. Now all of this is tactics. All of this is a means. But a means to what end?

Well, I think in means moving America more in the socialist direction, and I don’t just mean economically. Socialism is essentially not only economic control but control over your life, control ultimately over what you think and what you say, and how you say it and where you say it, and how you believe and in how you practice your faith.

And the Left—we have seen very clearly even in this in this era of coronavirus—do want and like to control all those things. So socialism is in a way their endgame. They like it because in the end it empowers people like them, it puts them in the saddle, and it creates two classes of citizens. I think from their point of view a sort of Democratic majority made up of racialized groups. 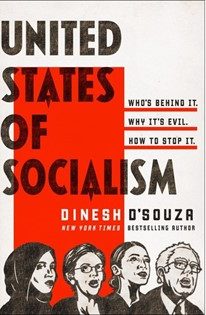 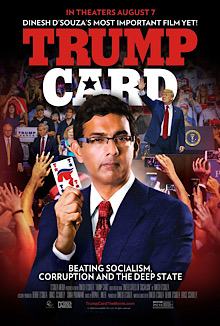 In other words, the new socialism is identity socialism, a kind of marriage of classic socialism and identity politics. It appeals not just a class grievance, but racial grievance, gender grievance, transgender grievance, the line between legals and illegals, and so on. So that’s my book United States of Socialism, and the accompanying movie is called Trump Card, which will be released October 9 on video on demand.

Then, I’m also along with my wife Debbie the executive producer of a feature film. It’s called Infidel. It’s a film about radical Islam. It’s a thriller and a story, and it reflects my sense that documentaries are good, and they tell an important story. But documentaries are, you may call it, just a part of what Hollywood does. 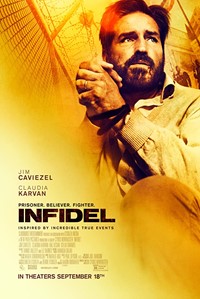 The gold standard of Hollywood is the feature film, by which I mean the family movie, the thriller, the horror film, the romantic comedy. I think at the end of the day if we’re going to create a beachhead in Hollywood, we have to make—“we” meaning our side—those kinds of films. The good news is that Hollywood films today are for the most part horrible, and they are also made for way too much money. I think very good movies can be made, not for a little money, for a lot of money, but for less money than they spend.

So what I’m trying to do with my career is to become a lot more entrepreneurial is to now create ways for our side to create educational institutions, media institutions, entertainment institutions that didn’t exist before. And it’s really fun, and it can have a very positive impact in the long term because in the long term we can’t concede all the large megaphones about culture to the Left. Even if we win an election or two at the end of the day, they will win in the end if we aren’t able to compete in getting our message out to enough people.

WALTER: Well, that’s the perfect note to end on so thank you so much, Dinesh.

D’SOUZA: Scott. It was a pleasure good talking to you.