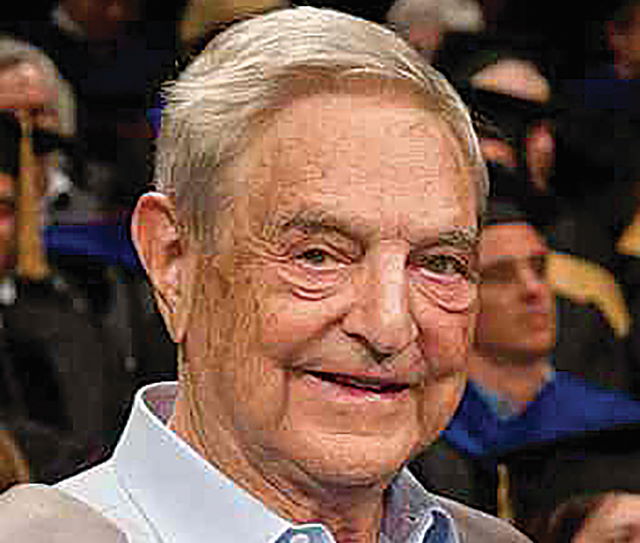 After Al Gore, Thomas Fahr Steyer is one of the best-known ultra-wealthy sages of the environmentalist movement. Since diving headfirst into electoral politics—signaling his interest in running for California governor in 2019 then for president in 2020—Steyer has made climate change his defining feature in a field characterized by a sprint to the political left. As a candidate he pledged to use presidential authority to impose energy efficiency standards and “give Congress 100 days to pass a Green New Deal.”

His presidential bid failed bitterly, spending a whopping $344 million (the third-highest spender in the primary, behind only Joe Biden and Michael Bloomberg) to lose every state in the 2020 Democratic primary.

But Steyer has been a major Democratic Party donor for years, gifting some $294 million to Democratic candidates and political action committees (PACs) between 1987 and 2020, $255 million of it to his own in-house super PAC, NextGen Climate Action Committee. Steyer’s support made him the single biggest individual donor of the 2016 election, left-wing or right-wing, pouring out almost four times more than high-profile donors George Soros and Michael Bloomberg to advance climate change as an issue among voters. (Despite his gobs of spending, the environment came 12th on a list of top issues for voters in a 2016 Pew Research Center poll.)

Steyer earned his billions managing Farallon Capital Management, a $30 billion hedge fund that held a $220 million stake in the Canadian oil and gas firm Nexen when he resigned from leading the fund in December 2012.

That (convenient) divestment fueled Steyer’s multi-million-dollar zeal for climate change activism. Steyer belongs to the part of the eco-Left that eschews the wonkishness of traditional global warming theory advocates—small carbon dioxide reductions for small climate “gains”—for Manichean dualism, where climate activists are saints to be canonized, and climate “polluters” are monsters to be destroyed.

As CRC’s Ken Braun has observed, Steyer imbues his climate politics with pseudo-Christian rhetoric, calling his conversion to global warming activism (at the hands of 350.org founder Bill McKibben, no less) as his “personal version of a ‘Paul on the road to Damascus’ moment” and referring to libertarian billionaire David Koch (who earned much of his wealth in the oil industry) as “just an evil—just a famously evil—person.”

Steyer shares the hard streak of authoritarianism that runs in the radical eco-Left, whose activists have called for jailing “climate change deniers” for their skepticism. “The goal here is not to win. The goal here is to destroy these people,” Steyer told The Hill in 2013. While many on the Left howl about the need for a “national dialogue” on climate change, Steyer takes a page from Stalin’s handbook. “We’ve got to stop talking about this,” he said of global warming in a 2019 interview, “we have to turn the page to action and we should do it Day One by calling it a state of emergency.”

That opinion has moved to the mainstream environmental movement, with Joe Biden’s campaign website declaring that he will “make environmental justice a priority across all federal agencies” and “hold polluters accountable—including jail time when merited [emphasis added].” (Recall that in 2008, then-NASA senior director James Hansen told Congress that fossil fuel company executives “should be tried for high crimes against humanity and nature.”)

The Steyer Network: Bringing San Francisco to Your Front Door

Between 2013 and 2018 the former two nonprofits poured nearly $65 million into leftist groups, notably the United Nations Foundation (a U.S. nonprofit which supports the UN’s programs, especially on the climate), Voter Participation Center, Center for American Progress, 350.org, League of Conservation Voters, Environmental Defense Fund, and others.

NextGen Climate Action supplied $23 million of the failed $25 million campaign in 2018 to pass Prop. 127 in Arizona, which would have amended the state’s constitution to increase its reliance on “renewables” from 12 percent in 2020 to 50 percent in 2030. (Another $1.3 million came from the Washington, DC-based League of Conservation Voters, meaning less than $623,000 of the campaign’s finances came from other individuals or groups.) NextGen funded similar failed campaigns in Michigan and Nevada in 2018. A rebooted version passed in Nevada in 2020.

In late 2017, Steyer launched the super PAC Need to Impeach, run by some 50 former Obama administration staffers, with the announcement that “I will be dedicating 100 percent of my time, effort, and resources to one cause: working for Mr. Trump’s impeachment and removal from office.” Steyer reportedly threatened “to unload on Democrats if they [didn’t] impeach Trump.” That itching desire to impeach Trump earned him the dubious title “Mr. Impeachment” from New York Magazine in March 2019.

Leftists cheered the group’s success when President Trump was impeached by the House of Representatives in December 2019 for phoning the president of Ukraine, but in reality it was just another Democratic super PAC. In total, Steyer accounted for $27 million of the $31 million the group spent in the 2018 and 2020 election cycles savaging Republicans and aiding Democrats.

More cynically, it also served as the launchpad for Steyer’s own presidential campaign in late 2019, which quickly bought the super PAC’s voter file and then gutted the its staff. According to left-wing Vox, Steyer presented Need to Impeach staffers with an unenviable choice: “Take a less-than-ideal severance and scramble to find another job, or work for his presidential campaign, where they would be well-rewarded, even though it wasn’t what they originally signed up for.”

In the next installment, learn about Nat Simons’s massive funding of environmentalist groups through the Sea Change Foundation.