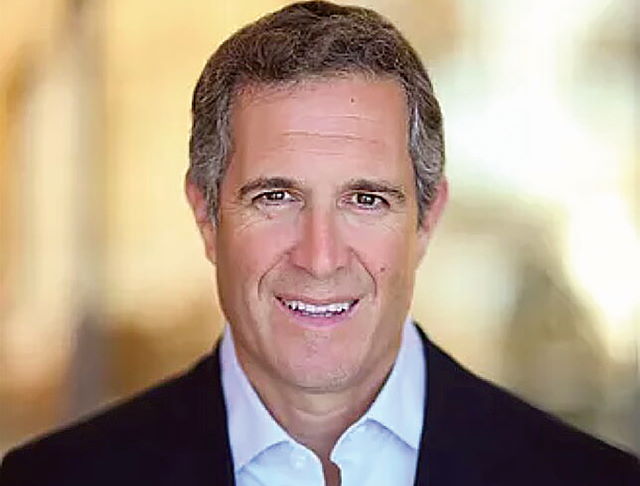 To be fair, Nat Simons is far from a radical and to this writer’s knowledge has never endorsed the kind of eco-autocracy that Tom Steyer flirts with. But he has a virtually unlimited spigot of cash with which to fuel the environmental Left. Credit: Prelude Ventures. License: https://bit.ly/3u9MYTJ.
by Hayden Ludwig

On the more moderate end of the San Francisco “green” lagoon is Nathaniel “Nat” Simons, a Bay Area billionaire who made his fortune brilliantly managing hedge funds. Simons is the son of James Simons, a billionaire hedge fund manager and legendary mathematician whose firm, Renaissance Technologies, is one of the most successful hedge funds in history.

The Simons family members are all big donors to Democratic politicians and liberal causes. James Simons, an antiwar protester in the 1970s, has supported a slew of groups such as Planned Parenthood Votes and the Democrats’ House Majority PAC. James’ daughter, Liz, runs the Heising-Simons Foundation with her husband, Mark, an investor who sits on the board of the Environmental Defense Fund, and his step-daughter, Audrey, runs the pro-LGBTQ Foundation for a Just Society.

But Nat Simons has probably outdone them all with his Sea Change Foundation, which gave $480 million to (mostly) environmentalist groups between 2006 and 2018. To be fair, Simons is far from a radical and to this writer’s knowledge has never endorsed the kind of eco-autocracy that Tom Steyer flirts with. But he has a virtually unlimited spigot of cash with which to fuel the environmental Left.

Simons and his wife, Laura Baxter-Simons, are part of a $4 billion pledge by mega-donors to “combat climate change” first announced at the 2018 Global Climate Action Summit in San Francisco. They’re also signatories to the Giving Pledge, a commitment to give away the majority of their wealth started in 2010 by Bill and Melinda Gates and Warren Buffett.

Simons has noted that much of his foundation’s giving is motivated by a sense of “urgency of the issue and the momentum generated by the Paris Climate Accord.” He clarified his vision of major foundations leading the country’s shift from traditional energy sources to renewables alongside Al Gore and former President Bill Clinton in a 2009 National Clean Energy Project roundtable: “It’s not really a question of whether we move to a low-carbon economy. . . . The question is how quickly.”

Like any eco-mandarin, Simons himself has been accused of environmental hypocrisy. In 2014, the Washington Free Beacon used marine traffic records to capture his commute via a 1,550-horsepower, 54-foot yacht called Elan between his home in Berkeley and the San Francisco offices of the Meritage Group, his hedge fund firm. As the Beacon opined,

Simons also did not respond to questions about his yacht, and how commuting to work on a boat with two 775 horsepower engines drawing from a 550 gallon gas tank squares with his environmentalist views.

The Sea Change Foundation came under scrutiny in 2014 by the Republican congressional staff of the U.S. Senate Environment and Public Works Committee, which released a report titled “The Chain of Environmental Command: How a Club of Billionaires and Their Foundations Control the Environment and Obama’s EPA.”

The report details how “an elite group of left-wing millionaires and billionaires . . . directs and controls the far-left environmental movement, which in turn controls major policy decisions and lobbies on behalf of the U.S. Environmental Protection Agency (EPA),” identifying Sea Change as a “dominant organization in this movement” that “relies on funding from a foreign company with undisclosed donors” to funnel “tens of millions of dollars to other large but discreet foundations and prominent environmental activists who strive to control both policy and politics.”

Klein Ltd., the “foreign company with undisclosed donors” identified in the report that allegedly “exists on paper only,” was a Bermuda-based company noted as a donor to the Sea Change Foundation in its annual IRS Form 990 financial filings. (Private foundations, unlike other types of nonprofits, are required to disclose the names of their donors.) Between 2010 and 2011, Klein Ltd. donated $23 million to Sea Change, accounting for 49 percent of its total contributions in 2010 and 33 percent of its total contributions in 2011. (The remainder of its funds came from Nat and Laura Simons.)

As the report put it:

As a practical matter, an overseas company contributing tens of millions to organizations dedicated to abolishing the use of affordable fossil fuels is highly problematic. This is only compounded by the fact it is deliberately and completely lacking in transparency. However, it is likely this lack of transparency shields Klein Ltd. from any responsibility to the American businesses and families it hurts. . . .

The role Sea Change plays as a member of the Billionaire’s Club is deeply troubling, especially in light of recent revelations that environmental activists, many of whom are clearly benefiting from this extreme “dark money,” do not have any moral qualms over where their money comes from—so long as it supports the far-left cause.

In 2015, the right-leaning Environmental Policy Alliance did its own examination of the committee report and alleged that Klein Ltd. and Sea Change acted as a conduit for funneling Russian government money to American environmental groups in order to undermine U.S. natural gas and oil production to Russia’s benefit:

According to its Articles of Incorporation, Klein was formed by two employees of Wakefield Quin (WQ), a Bermuda law firm. A Klein director and WQ senior counsel, along with another WQ senior counsel, have pasts that should be considered questionable at best. Both held directorship positions in a group, owned by Russian minister of telecommunications and longtime Putin friend Leonid Reiman, which was the subject of a 2008 money laundering case. The group was ultimately convicted in British Virgin Islands court. WQ’s Russian involvement doesn’t stop there. Marcuard Spectrum, a Moscow-based investment firm, operates a hedge fund in Bermuda based out of WQ’s office. Both of the aforementioned WQ lawyers are listed in leadership positions. Further, one of the founders of Marcuard is also the chair of Russian-owned oil giant Rosneft. [emphasis added]

Sometime around 2018 Simons renamed Klein Ltd. “Sea Change International,” reportedly in response to the negative publicity the company had received. Today the group is listed on Sea Change’s website under that name. According to the latest reports Sea Change International continues to operate from Wakefield Quin’s Bermuda office. Sea Change Foundation has apparently ceased taking donations from the shadowy organization.

So who are these environmentalist groups that benefit from the Simons fortune?

The top recipients of Sea Change Foundation grants since 2006 are all leading eco-advocacy groups:

But Sea Change’s largest beneficiary by far is the Energy Foundation, which has received $125 million from the Simons fortune since 2006—and deserves its own story.

In the next installment, note Energy Foundation’s transition to a massive pass-through funder for environmental advocacy.