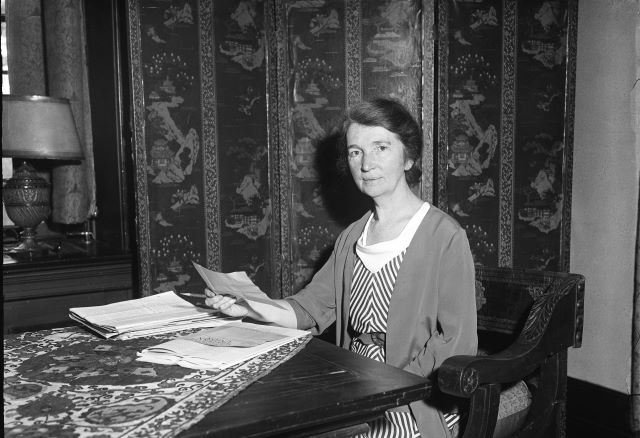 Engenics advocates coined the phrase “race betterment” to describe their work or, as Margaret Sanger and the early advocates for birth control termed it, “family planning”—a term used today by abortion activists largely ignorant of its origins. Credit: Library of Congress. Public domain.
by Hayden Ludwig

Prewar Germany was home to cutting-edge eugenic policies, drawing in countless British and American eugenicists—to their later embarrassment. Unsurprisingly, the eugenics lobby evaporated virtually overnight after the Allies discovered the Holocaust, permanently entangling the two in the public mind. But that movement didn’t truly die. It evolved into population control.

The 1950s was the era in which social engineering became the pursuit of philanthropists and cosmopolitans—literally “citizens of the world”—rather than 1930s Darwinian scientists. Now absent the imagery of Josef Mengele–type murderers in lab coats, it had become fashionable for wealthy Westerners to help the world’s newly independent, postcolonial countries curb their irresponsible propagation. As an issue, “population” was the “climate change” of its day.

As early as the 1940s the Rockefeller Foundation had funded the development of cross-breeding plant technologies and practices, massively expanding food production in Mexico. This “Green Revolution” was a major philanthropic success launched in part to stave off poverty and communist influence abroad. But its grantmaking came to be colored by ecologist William Vogt’s influential and apocalyptic 1948 book Road to Survival, which warned that capitalism had caused a “population explosion” that would quickly outstrip the Earth’s natural resources unless humans adopted universal contraception.

Incidentally, Vogt’s popularization of overpopulation fears illustrates the common ancestor of today’s environmentalists and abortion activists: He was simultaneously Planned Parenthood’s national director from 1951 to 1962 and secretary of the World Wildlife Fund (then called the Conservation Foundation). His writings inspired Rachel Carson to write Silent Spring in 1962, sparking a nationwide anti-pesticide campaign against DDT and ultimately the modern environmentalist movement.

Vogt’s alarmism has since been put to bed: Global population in 1951 was just 2.6 billion, one-third of today’s 7.8 billion people, while food production has risen exponentially. Yet his theory of a global “carrying capacity” is still with us, only rebranded as “limits to growth,” “sustainability,” and “planetary boundaries.” Vogt, who came to believe humanity was doomed, committed suicide in 1968.

One of Vogt’s converts was John D. Rockefeller III, grandson of the famous Standard Oil co-founder and head of the family’s two philanthropies: the Rockefeller Brothers Fund and the Rockefeller Foundation. Rockefeller traveled extensively throughout Asia after World War II and observed food shortages and instability, conditions he blamed on Asian cultural backwardness and overpopulation, making the region ripe for Soviet communist influence.

In response, he founded the Population Council in 1952 with a $100,000 endowment. Modern civilization, the think tank concluded, had “reduced the operation of natural selection by saving more ‘weak’ lives and enabling them to reproduce,” resulting in “a downward trend in . . . genetic quality.” Its goals, a boost in agriculture and a “reduction of fertility,” were supported by a Planned Parenthood director, reconstructed eugenicists, academics from Princeton and Columbia Universities, a representative from the United Nations Population Division (still around today), and Rockefeller Foundation population chief Marshall C. Balfour.

In the next installment, in the 1950s India implemented an unprecedented campaign of state-sponsored “family planning” at the insistence of international organizations.